Breaking Down Some of The Best Stars In Female Fitness

When thinking of strength sports like powerlifting and bodybuilding, most people think only of men. However, there are some incredibly powerful female athletes as well. Not only that, but it is possible to have incredible physical ability, and maintain feminine qualities.

Here is a list of some of the best stars in all of female fitness. Whether it is bodybuilding, powerlifting, or just general fitness, these women have it all. Each one of these women could easily be considered a real like Wonder Woman. 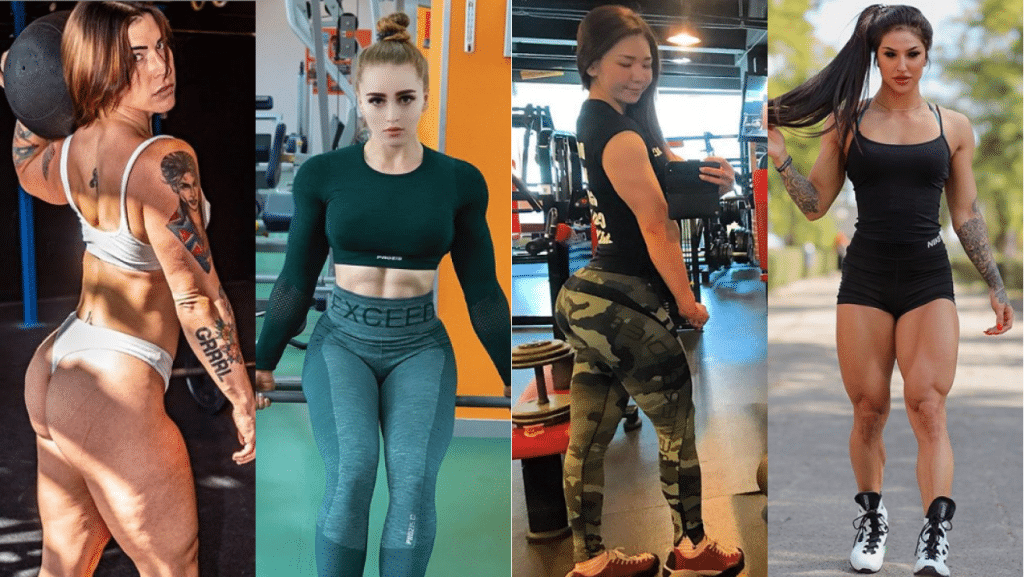 Julia Vins, also known by “Muscle Barbie” is by far one of the most popular female fitness stars in the world. She is known for her doll-like face while managing to be an incredibly strong powerlifter.

She is a perfect example that strength sports are not just for men, but can be something ladylike as well.

Vins has had some impressive performances over the years, setting some incredible powerlifting world records. She has won multiple championships, experiencing success from the start of her powerlifting career. All the while, never forgetting to put on some makeup before doing a lift. She defies most people’s expectations, when they think of powerlifting.

Jhi Yeon-woo is a female bodybuilder, known as the “South Korean Barbie.” She, like others on this list, is known for having a pretty face, yet incredibly muscular frame.

She began bodybuilding to overcome social anxiety and low self-esteem. Now she has amassed a huge following on social media, as a result of her incredible skill, and conflicting body features.

Jhi won her first bodybuilding competition, the 2010 Korean National Bodybuilding Championship. Additionally, she won the 2013 Arnold Classic Europe Women’s Physique contest, further establishing her as a special talent. Following that win, she earned her Pro Card and began competing as a professional bodybuilder in 2015.

One of Instagram’s premier fitness models, Bakhar Nabieva is an incredible woman. Known for having a small waist, and insanely strong legs, she has garnered a massive social media following.

However, she has no interest in turning that into a career as a bodybuilder, as she is not a fan of the dieting.

When growing up, Nabieva went through some serious bullying for being too skinny. That is why she began to turn towards fitness. She studied fitness magazines to learn about nutrition and exercise. Subsequently, she turned that into an impressive physique, which earned her some notoriety. Today, she has a YouTube channel, where she shares her fitness routines with those who want to be like her.

Kortney Olson is a female bodybuilder and strength athlete. Moreover, she moved from America to Australia and became the nation’s first arm wrestling champion.

In fact, fitness was something Kortney Olson used to overcome an addiction to methamphetamine. As a result, she has become a true inspiration for those trying to turn their lives around.

Olson developed a strong following on social media, for her ability to crush watermelons between her thighs. This incredible display of strength earned her a spot on the TV show Stan Lee’s Superhumans, dubbing her as the woman with the strongest legs. Following this, she started her own empowerment camp, helping women overcome low self-esteem. Moreover, she started her own line of clothing for muscular women who struggle to find traditional clothing.

As you can see, the world of female fitness is one that is constantly growing and blooming with new talent. These ladies are just a few of the examples of what can only be described as Real-Life Wonder Women.

Yeon-woo Jhi is a South Korean bodybuilder and social media superstar. This is her life story, including how she became...

My Kelly Osbourne knowledge is very limited and severely outdated. I know her best from "The Osbournes" reality tv show...