Branched-chain amino acids (BCAA) supplementation is popular for intra-workout energy, enhancing recovery, and more. But when is the best 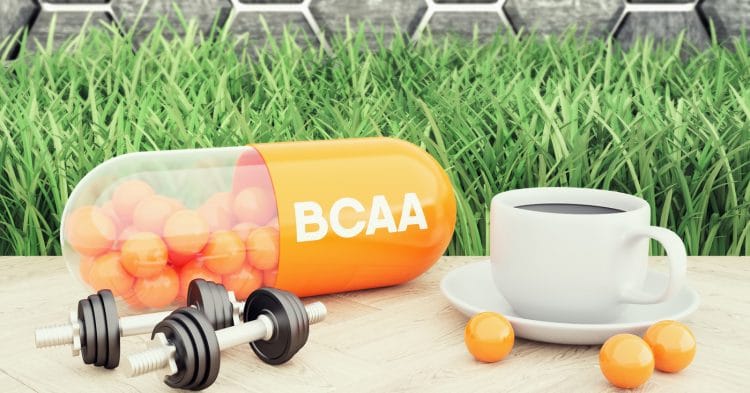 Bcaas Before Or After Workouts?

Branched-chain amino acids or BCAA for short, consist of three essential amino acids: leucine, isoleucine, and valine. The body does not make BCAAs (hence why they’re essential), and so we have to get them from foods that contain protein. But many people take these nutrients in supplement form too because there are supposed benefits to doing so. BCAAs have shown to have positive effects on recovery, fatigue, soreness, protein synthesis, muscle maintenance, and performance, in several studies.

But the question a lot of people have is whether it’s best to take BCAAs before or after workouts. Well, we’re going to give you our best answer.

Should You Take BCAAs Before Or After Workouts? Show

What Are Supplement BCAAs?

BCAAs come in different forms including caps, powders, and liquids which are the most common. Most products deliver 5-7 grams of BCAAs per serving and many also contain other ingredients that could be beneficial for performance, recovery, and overall health. But you definitely want to choose quality supplements from reputable companies to ensure you’re getting effective ingredients.

You’ll also see a 2:1:1 ratio for many of the products. This refers to the amount of each BCAA (leucine, valine, and isoleucine) and is generally considered an effective ratio of BCAAs for the proposed benefits. Although, because leucine is the more important BCAA for increasing muscle protein synthesis, you may see higher ratios of leucine (e.g., 4:1:1) to the other two nutrients (1). 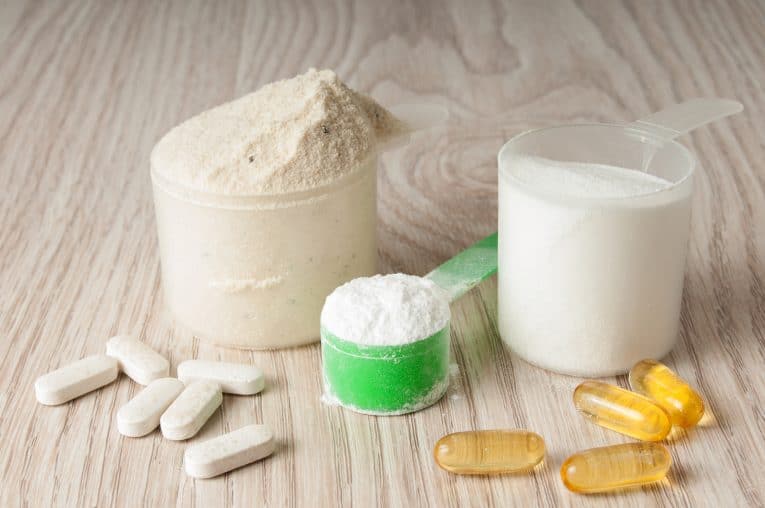 If you’re going to take BCAAs, then it makes sense to do so around the times that you’re engaging in physical activity. There’s not a whole lot of research/studies that compare the effects of BCAA intake before and after exercise, but let’s look at two.

One study published by the Journal of Sports Medicine and Physical Fitness in 2017 compared the effects of BCAA intake pre and post eccentric exercise on delayed onset muscle soreness (DOMS) and exercise-induced muscle damage (EIMD). Researchers found that repeated BCAA intake before exercise had a more beneficial effect on both factors compared to a repeated intake after exercise (2).

They also each performed 30 reps of eccentric exercise with their non-dominant arm.

A different study from 2017 wanted to test the anabolic window theory by comparing the effects of equal dose protein intake immediately before and post-exercise on muscle strength, hypertrophy, and body composition changes in resistance-trained men. The protein contained 5.5 grams of BCAAs per serving (3).

The study involved 21 men who were assigned to one of two groups. One group was instructed to take 25 g protein and 1 g carbohydrate immediately prior to exercise while the other consumed the same supplement post-exercise. Subjects engaged in three weekly resistance training sessions per week for ten weeks. They followed a total-body routine where they performed three sets of 8-12 repetitions for each exercise.

By the end of the study, researchers found similar improvements in strength, hypertrophy, and body composition between groups.

The study also found that the post-exercise anabolic window could effectively be several hours or more post-exercise depending on the timing of the pre-exercise meal. This was in contrast to the theory that you have a narrow window of opportunity to maximize the benefits of protein intake post-exercise. Other research is supportive of this as well (4). 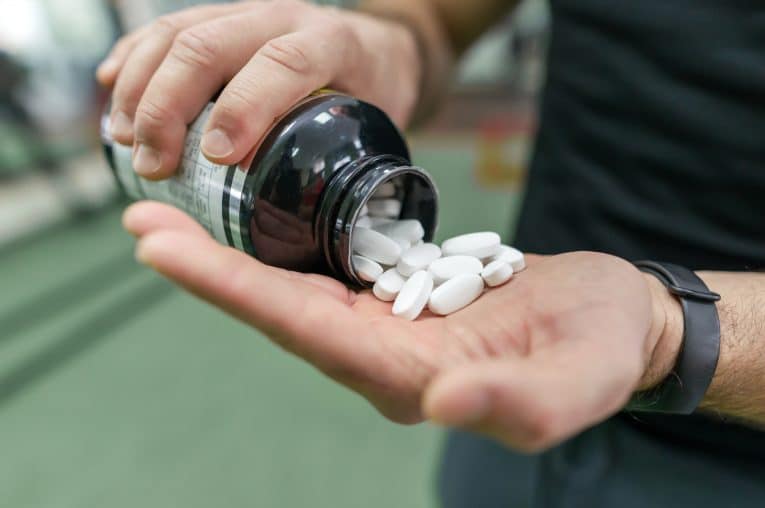 So, Should You Take BCAAs Before or After Workouts?

Based on the research, it’s hard to say and there’s no definitive answer considering there aren’t a lot of studies comparing the two strategies. Therefore, to be safe, we’d recommend having BCAA both before and after your workout sessions.

Plus, you should be aiming to consume a sufficient amount of protein in your diet each and every day if you’re serious about your goals. Protein contains lots of BCAAs and we all know that this macronutrient is essential for maximizing muscle growth, strength, and performance. Not to mention, we need plenty to maintain our health and it can help with weight loss goals.

Also, be sure to use our Protein Calculator to determine your recommended daily intake.

But supplementing with BCAAs can certainly offer an advantage, especially for more active individuals who could benefit from loading up prior to and replenishing lost nutrients during and after activity. That’s right, BCAAs may also be beneficial during your workouts. In fact, many BCAA supplement labels suggest taking it during workouts as well to sustain performance.

Key takeaway: Take BCAAs before or after training for maximum benefit. You can even take it during your sessions. You can also take BCAAs both before and after training, but it’s also a good idea to get your BCAAs from food too around training times, especially from protein sources.

Check out our protein powder reviews.

Does It Matter How Close To Your Training?

And the further your pre-exercise BCAA or protein intake is from your workouts, the sooner you may want to get nutrients into your system after training.

But if we’re talking about pre-exercise BCAA intake, in general, for maximizing its effects; you’re better off focusing on having balanced nutrition to fuel your activities and meeting your daily recommended protein intake.

How Many Grams of BCAAs Should I Take Daily?

OK, so now that you have a better idea about supplementing your BCAAs around exercise times, let’s talk about how many BCAAs (in supplement form) you should be taking every day.

Well, we’ll say one thing, you probably won’t have to worry about taking too much if you follow the label instructions on your BCAA supplement. But you should be getting plenty of BCAAs from protein-rich foods and to be honest, you’re more than likely to never be deficient if you’re eating enough complete sources of protein. 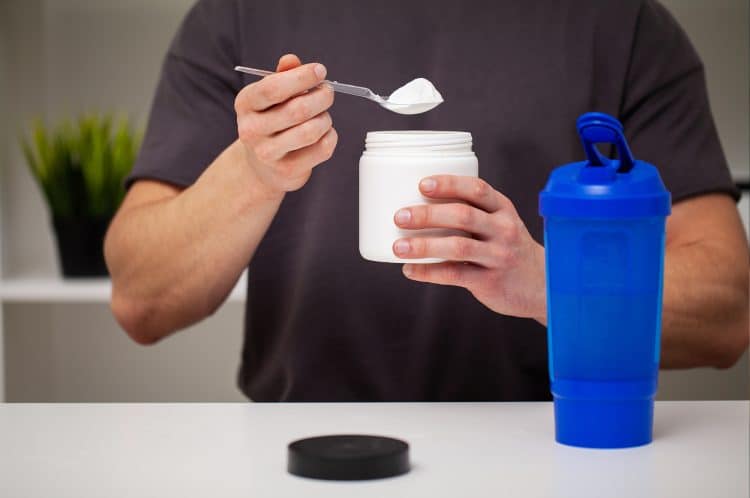 But, of course, supplements can give you an edge which is what they’re designed to do.

Now, how much can you take in a day and how much should you take? First, if you’re new to BCAA supplementation, always follow the label instructions for a safe and effective dosing recommendation.

Now, let’s look at the research.

According to the findings of one study, “1.2 g/kg/day of protein with 0.22 g/kg body mass/day of BCAA for eight days results in decreased perceptions of soreness in resistance-trained individuals with several years of experience” (5).

But it also determined that “BCAA supplementation in this fashion provides a minimal protective effect on attenuating other indirect makers of muscle damage following eccentric-based resistance exercise.”

In one analysis of 11 studies, researchers found that a minimum BCAA intake of 200 mg per kg of body weight (91 mg per pound) for longer than ten days can be effective for reducing exercise-induced muscle damage. However, this was true only if the extent of the muscle damage was low-to-moderate (6).

Key takeaway: If you’re eating plenty of protein-rich foods, taking your supplement as recommended should be sufficient. But if you want to potentially maximize the effects of BCAAs on exercise-induced muscle damage, then you should stick with the recommendation of multiplying 0.091 by your body weight to determine your ideal daily intake.

Learn more about the benefits of taking BCAAs in our review of the 7 Best BCAA Supplements of 2021.

We hope that we answered your question about whether to take BCAAs before or after workouts. The answer has been and still is, before, during, or after exercise. However, you can take the studies and interpret it however you like but we also recommend you experiment a little too. You may notice that it works better for you at certain times or that it makes no difference.

But if you want to take BCAAs for the heck of it, then that’s also a good strategy. 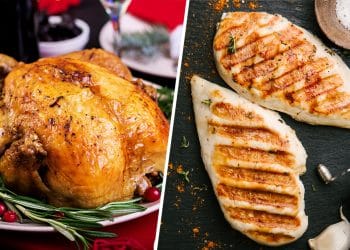 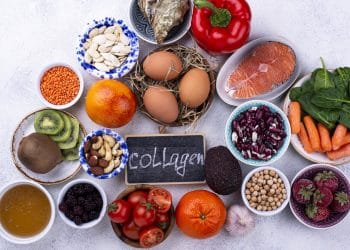 Most people tend to think of the sports supplement industry as being very new. And while commercial supplements have only... 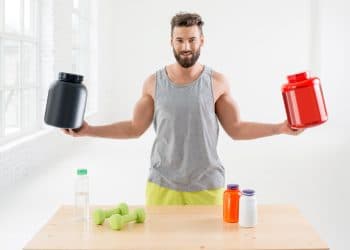 People have been successfully lifting weights to build muscle and get stronger for hundreds of years. There are examples of... 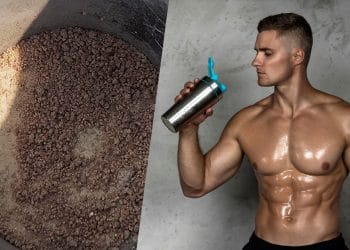 So you’ve had that particular tub of pre-workout supplement sitting in your cabinet or closet for a long time and...