Whether you are a bodybuilder, weightlifter, or athlete, you need a strong posterior chain. One of the best exercises for this body part is the glute ham raise. But what if you don't have access to a suitable glute ham raise machine? Or what if you're bored with this exercise? Don't worry; there are lots of glute ham raise alternative exercises you can use! 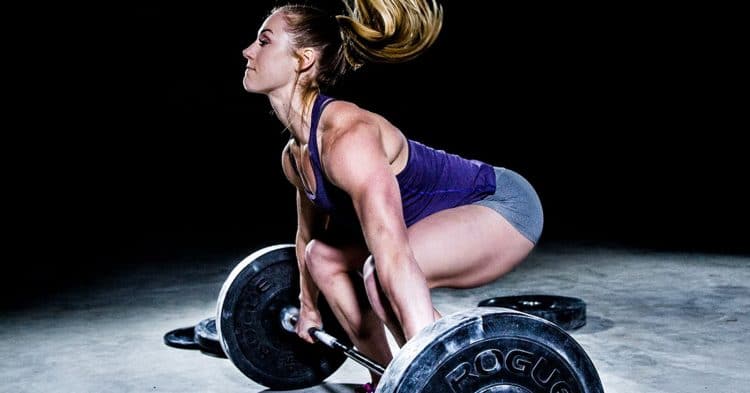 A lot of gyms have glute ham raise machines, also known as a glute ham developer, or GHD for short. Looking a lot like a 45-degree back extension machine, the glute ham raise has seen an increase in popularity over the last decade or so because it often features in CrossFit workouts.

But, despite this popularity, the GHD is just one exercise you can use to increase posterior chain strength. There are LOTS of glute ham raise alternatives that you can use. There will be times when the GHD is not the best exercise for your training goal, and you could even find yourself training in a gym where there is no glute ham raise machine.

In this article, we will reveal the 10 best alternatives to the GHD that work the same muscles, albeit using different equipment.

Before we spill the beans on the top ten glute ham raise alternative exercises, let’s take a look at the benefits of this exercise, and what makes it so valuable and popular.

Good for lower back development – as well as working the glutes and hamstrings, glute ham raises also involve the erector spinae or lower back muscles. A strong lower back is crucial for both performance and injury prevention.

Great for all sports – one of the reasons that the GHD is so popular is that it works the muscles that help you run faster, jump higher, and kick harder; the posterior chain. In fact, it’s hard to think of a sporting activity that doesn’t use these muscles. If you want to perform at your best, while reducing your risk of injury, glute ham raises will help.

Build a better butt – many exercisers work out purely for aesthetic reasons; they want to look their best. Whether you are a bodybuilder or a booty model, GHDs can help you build a rear-end you can be proud of. Weak, soft, flat butt? Just say, no!

GHDs can be modified to suit your needs – basic glute ham raises are a challenging exercise, but they can be made easier or harder according to your needs. Make them easier by using a pole or band for assistance or use a reduced range of motion. Make them harder by using weights or bands to increase the resistance or wear a weighted vest. 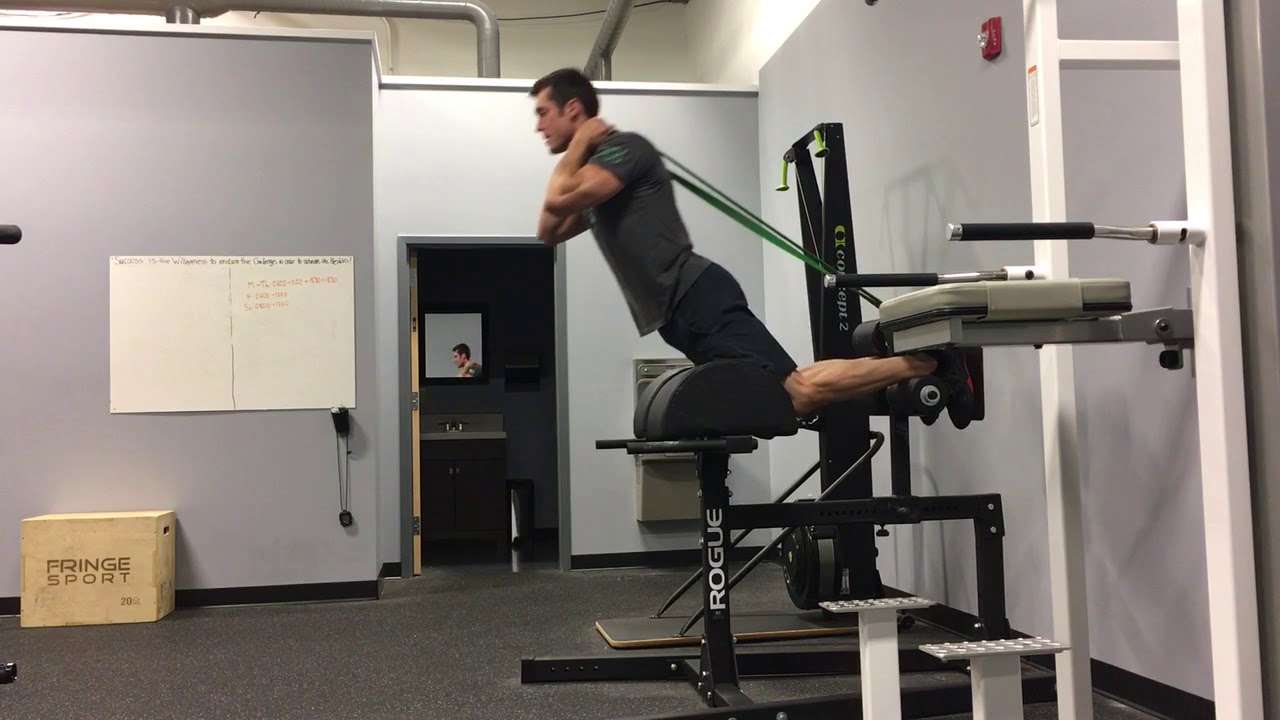 There is no denying that the GHD delivers a great workout for your glutes and hamstrings, but there are bound to be times when you don’t have access to this machine or need to add some variety to your workouts.

These ten exercises work the same muscles as glute ham raises but in a slightly different way. Some use different movement patterns, while others use alternative equipment. Use these exercises anytime that you don’t have access to a GHD or just need an alternative.

Nordic curls are basically an equipment-free way to do glute ham raises. As such, they’re pretty challenging, so not the best choice if you are looking for an easier glute ham raise alternative. But, if you want an equally demanding exercise you can do without using a GHD, this could be the exercise you want. 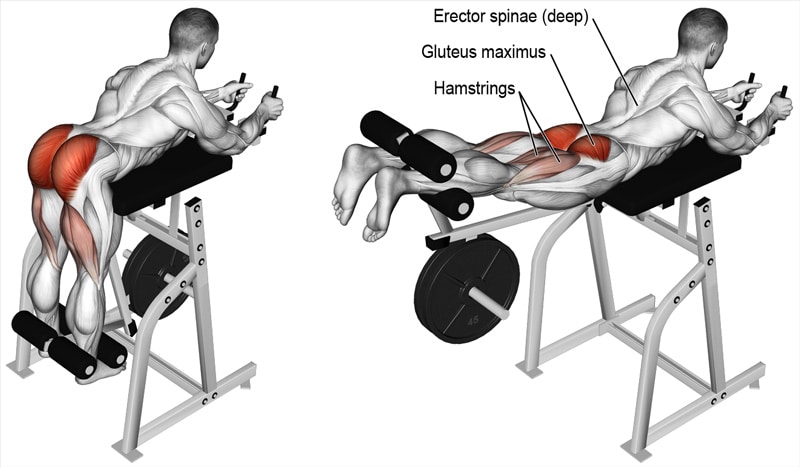 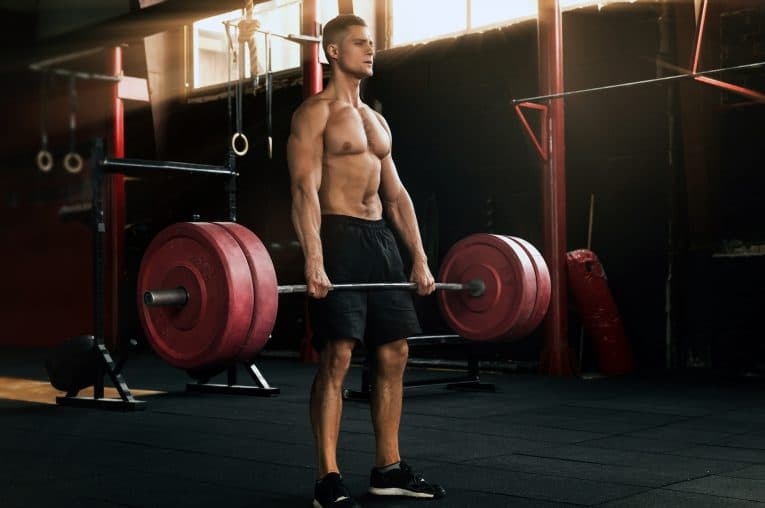 Conventional barbell deadlifts are a great GHD alternative. Not only do they target your posterior chain, but they also involve lots of other muscle groups, making them an all-but full-body exercise.

Deadlifts are the last exercise of most powerlifting competitions and are also used by bodybuilders to build a bigger back. But, as far as glute ham raise alternatives go, the deadlift is very hard to beat! 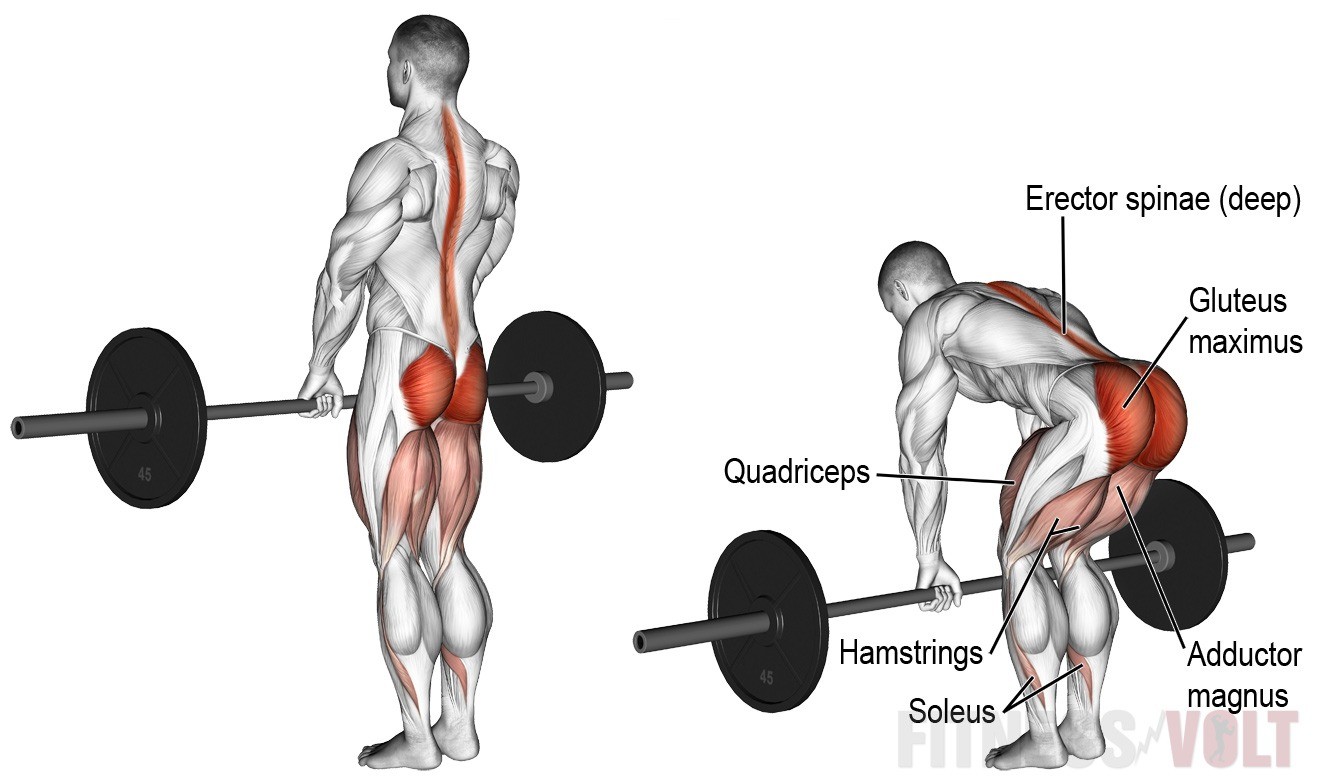 Conventional deadlifts involve a lot of glute and hamstring activation, but also work the quads too. Romanian deadlifts don’t include any knee extension, and therefore do not train the quads. In some ways, this makes them a closer glute ham raise alternative than deadlifts from the floor. However, both deadlift variations are useful posterior chain exercises.

Kettlebell swings might not look anything like GHDs, but they still work the same muscles. Unlike most glute ham raise alternative exercises, this move is performed at speed, making it useful for developing posterior chain power. High-rep sets of kettlebell swings are also a very effective conditioning exercise and fat burner.

Hip thrusts are often thought of primarily as a glute exercise, but they’re actually an effective hamstring exercise too. In fact, if you look at the end position of glute ham raises, you’ll see that the movement is actually very similar. 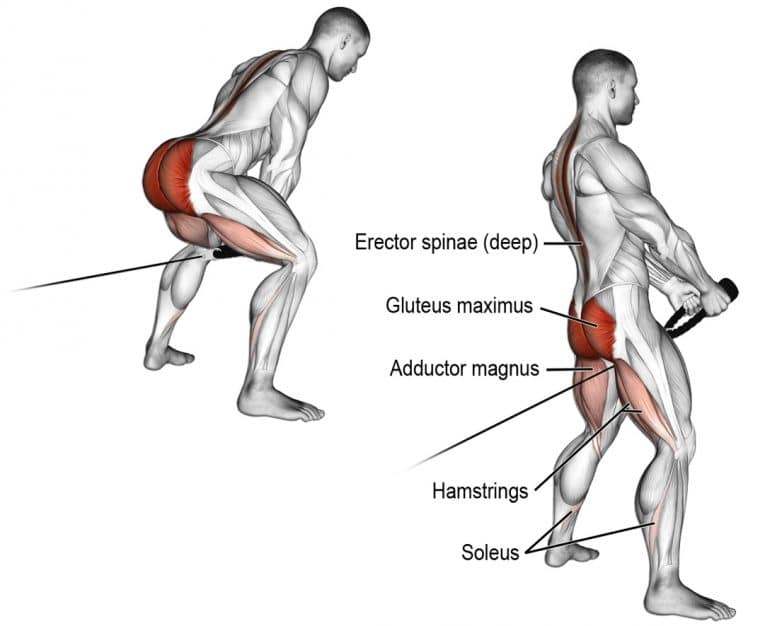 The main disadvantage of a lot of glute ham raise alternative exercises is that the target muscles are unloaded at the top of each rep. In contrast, with GHDs, the tension on the posterior chain remains more or less constant as you complete each rep. This is part of what makes glute ham raises so effective.

Cable pull-throughs share this characteristic, making them a viable alternative to glute ham raises, albeit one that’s much easier to learn and perform.

Read more on cable pull through. 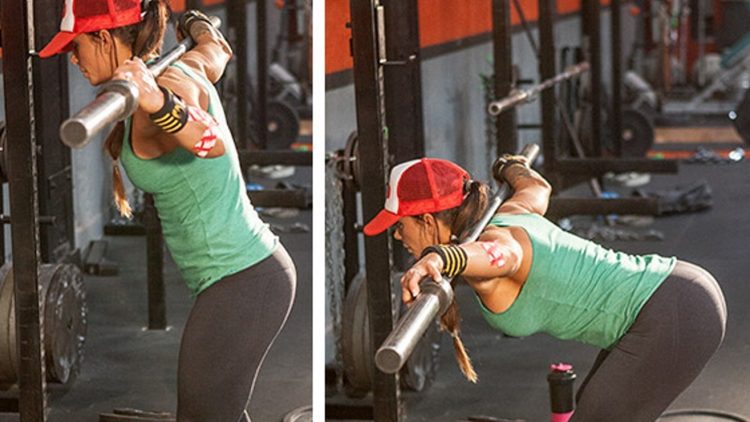 The good morning is so-called because the movement looks a bit like you are bowing, as people used to do to greet one another. It’s a slightly controversial exercise because, done incorrectly, it could cause injury. But that can be said about most exercises, so good mornings aren’t really all that different. Just make sure you use light to moderate weights and NEVER round your back when doing this exercise.

Like glute ham raises, sumo deadlift high pulls are popular with CrossFit. It’s an explosive exercise that works your entire posterior chain, as well as your traps, shoulders, deltoids, and arms. Like kettlebell swings, this glute ham raise alternative is also a good conditioning exercise. In fact, in CrossFit, the sumo deadlift high pull is often done in place of rowing. Regardless of this, it’s a very useful posterior chain exercise. 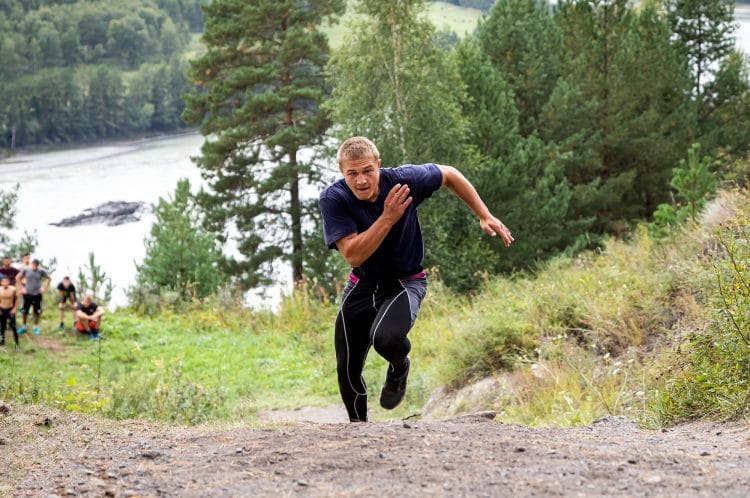 Even if you train outside, it’s good to know that there are still glute ham raise alternative exercises you can do. Hill sprints look nothing like GHDs, but they work the same muscles and involve simultaneous knee flexion and hip extension. Running up a steep hill will also improve your fitness and burn fat. They might even make you faster too!

If you are new to hill sprints, resist the temptation to go too fast too soon because you may pull a hamstring if you do. Increase both speed and duration gradually, and as you get used to this demanding exercise.

Almost everyone needs a stronger posterior chain. Well-developed glutes, hamstrings, and erector spinae muscles look impressive and add a lot to your sporting performance. It can also reduce your risk of injury, especially when lifting heavy objects off the ground.

The glute ham raise is one way to develop these muscles, but, and despite its popularity, there is more than one way to increase the size and strength of your posterior chain. That’s good news because it’s not always possible or practical to do GHDs.

Use these glute ham raise alternative exercises whenever you don’t have access to a GHD machine, or when you want to challenge the same muscles in a different way.