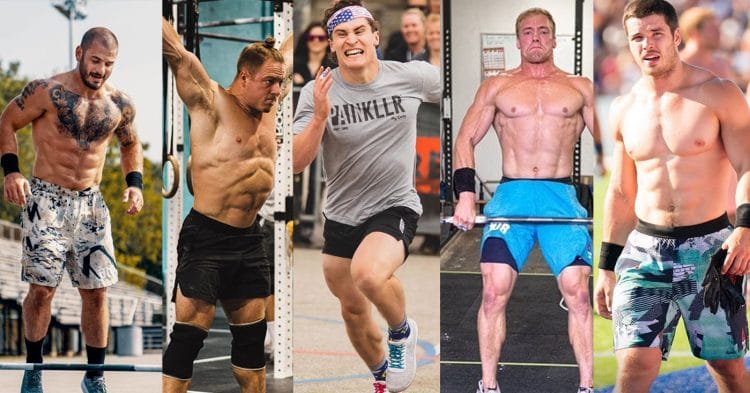 Four Americans and one Canadian are gearing up to see who becomes the Fittest Man on Earth®, for the 2020 Reebok CrossFit Games Finals that begin tomorrow. It will be a history-making event either way. Mathew Fraser is the name to beat, as this four-time titleholder will be the man to unseat.

If Fraser wins, he gets one title closer to a GOAT record for the CrossFit Games, and if he doesn’t, history is made another way when a four-time winner gets checked by one of his four opponents.

It won’t be easy to unseat Mat Fraser, and it’s on all of the minds of his competitors. Mat Fraser came out of Stage 1 of the Finals with 656 points, almost 200 clear of Noah Ohlsen who left Stage 1 with 488 points.

The remaining three competitors could lose their standings easily, as points were just inches away from each other. Justin Medeiros left Stage 1 with 480 points, Samuel Kwant with 449, and Jeffrey Adler with 420.

Fraser is expected to make the podium, and it is likely money lost if you are saying otherwise. But who will join him remains to be seen as it will be a very tight race to be sure.
Let’s have a look.

5. Jeffrey Adler – Knows How to Take the Win

As a Canadian National champ, Jeffrey Adler certainly has everything needed to take the W in whatever he is competing in. Adler’s weightlifting skills are the best in competitive Canada, and he started the season with a 376-clean jerk. He ended the season with the Fittest in Canada title.

So although even Jeffrey Adler thinks that beating Mathew Fraser seems unlikely, as the man in the number 5 spot Adler is a tough contender to go against as well.

As far as the 2020 CrossFit Games Finals go, Jeffrey Adler made it into the Finals from Stage 1 by a mere two points over Chandler Smith, and that has to be weighing heavily on his mind.

Overall Adler did well his rankings hovered around sixth and seventh for the Friendly Fran and 1RM Front Squat, but placements for the Damn Diane, 1,000 M Row, and Handstand Hold fell in the double-digit categories.

Jeffrey Adler’s Handstand Hold ranked twenty-seventh, the Row was eleventh, and he came in fifteenth for the Damn Diane.

There’s no question Adler’s at least thinking about beating Fraser, but even improving those stats will give him a new personal best.

4. Samuel Kwant – Hoping for the Podium

Samuel Kwant finished Stage 1 of the 2020 Reebok CrossFit Games in fourth place with only 29 points ahead of Adler, and that’s going to be on his mind. Despite that the points are being slated to zero for the Finals, he also still only came in 31 points behind third-place Justin Medeiros.

So Kwant knows he has a shot at the podium.

Samuel Kwant has had a nice career and was only 20 when he competed in the 2016 CrossFit Games. Kwant knows what it’s like to beat a reigning champ by four seconds, so he knows it’s within his reach.

And Samuel Kwant knows what it’s like to skip a lot of contenders to get there. He’s already this year beat his own personal best by jumping from thirteenth place to fourth to make it to the finals. If he makes it to the podium it’s a career record for him.

His stats in Stage 1 for two events hovered in the double-digits, coming in eighteenth in the Friendly Fran and tenth in the 1RM Front Squat. But he has some strengths in other events coming in third in the 1,000 M Row and Handstand Hold, and seventh in the Awful Annie.

He can certainly meet his goal of hitting the podium with those stats if they stay in this zone for the Finals. Beating Fraser though? Unlikely.

To head into the 2020 Reebok CrossFit Games Finals in third place is a unique pressure that Medeiros probably can’t stop thinking about. He needs to at least keep this placement to clear the Finals with a high head.

At just 21-years-old though, Medeiro’s got a lot of miles to go before he sleeps in the CrossFit world. And it shows.

His mental fitness is equal to his physical fitness. He eats competitions for breakfast, and can’t stop thinking about beating Fraser.

That’s how you have to think if you want to win. In a video, while prepping for the 2020 Reebok CrossFit Games finals he said,

Medeiros came out of Stage 1 with his best stats finishing third for the Front Squat, second in the Nasty Nancy, and fourth in the Awful Annie. Double-digit stats for the Damn Diane at nineteenth, the 1,000 M Row at fifteenth, and eleventh for the Handstand Hold.

These are not the best numbers to go into the Finals with and expect the ultimate win. But they aren’t terrible.

His mindset will be everything here, and Justin seems to know that. Justin Medeiro’s still among the top 5 in the world, and with everything starting at zero, he knows, it’s doable.

It will be a sight to behold if he can reach the number two spot, or even win the games.

Improvement is what it is all about when it comes to any competition in the athletic world, and this is on Noah Ohlsen’s mind. He probably doesn’t want to be number two again.

If anyone can inch ahead of Fraser this year, Noah Ohlsen is the one to put money on. He’s a two-time Second Fittest Man on Earth, and he must be tired of coming just behind Fraser every time.

This will be Noah Ohlsen’s seventh time at CrossFit Games, and we know he can improve with time. Since 2016, Olsen has placed in the top 10. Not a shabby record.

As such, some may be considering this a two-man race between Ohlsen and Fraser, but that remains to be seen. Ohlsen only came ahead of Medeiros final scores from Stage 1 by 8 points.

Noah Ohlsen is at the top of the leaderboard for the Handstand Hold, took second in the Damn Diane and Friendly Fran in Stage 1. He hit seventh place in the Nasty Nancy and Awful Annie and seventeenth for the 1,000 M Row.

Even though Ohlsen’s numbers seem a little all over the place, they aren’t when you see his final placement is the number two spot. It’s a spot he must be very tired of.

That’s the mentality Noah Ohlsen needs to stay in if he wants to unseat a four-time champion Mat Fraser.

We will all be watching with breath that is baited on this one.

There are few on the planet betting against this one, but that doesn’t mean it can’t happen. This is a guy that thinks about winning all the time and has the record to prove it. He’s not afraid to take a penalty and still hit the number one spot, a true champion with a legacy he can always hold his head high for.

Even so, what is Mathew Fraser facing as he heads into the 2020 Reebok CrossFit Games Finals? This 4-time Fittest Man on Earth® has won the ultimate title four times, and prior to that took second place twice.

Fraser’s career record includes 20 wins in his many competitions, and the last time he lost first place in the games was in 2015.

Going into the 2020 Reebok CrossFit Games Finals, it is hard to say Mathew Fraser’s beatable or what weaknesses if any he has. He finished first in all 2020 Stage 1 events but in the 1,000 M-Row he came in eighth, and the Handstand Hold second.

If there is anyone that can climb ahead of Fraser, the most likely contender is Ohlsen, and that’s what the betting odds are on as well. But out of the remaining 3 contenders, if there is one that should give Fraser and Ohlsen a run for their money it is probably Medeiros.

But at the end of the day, all predictors are pointing to Mat Fraser becoming a five-time title holder for Fittest Man on Earth®. It’s the foregone conclusion as some say, but watching the finalists try to unseat him is going to be an adventure of epic undertaking.

No matter what happens, the results will be exciting.

We are just as curious as you are and will keep you posted.

Flex Lewis Details Injuries That Led to Withdrawal From 2020 Olympia

Noah Ohlsen is a grizzled CrossFit veteran that inspired others with his insane dedication to becoming the Fittest Man on...