Flex Lewis Details Injuries That Led to Withdrawal From 2020 Olympia

The 7x 212 Olympia champion won't be competing again this year but he's taking this time to rehab his injuries so that he can come back better than ever for the 2021 Olympia. 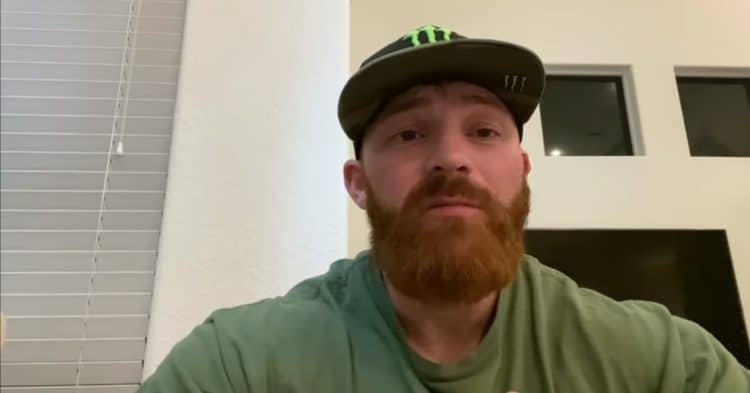 Earlier this year, 7x 212 division Olympia champion Flex Lewis received a special invitation to the 2020 Mr. Olympia competition of which he accepted. This was exciting news considering his unparalleled competitive resume and incredible physique.

But unfortunately for him, his fans, and the Olympia, his Open division debut will have to wait another year due to injuries. This has been especially a rough year in general with everything going on, and it’s a bummer that such a great competitor like Flex Lewis will have to sit out. But things happen and being the champion he is, there’s no doubt he’ll bounce back quickly and better than ever.

He recently took to Instagram to provide an update on his injuries via a video post and we’ve provided the details below.

Lewis explained that he incurred several injuries from when he was involved with sports such as Rugby, track and field, and gymnastics that carried over into his bodybuilding career. He tried his best to work around them but it only got worse over the last few years.

“In the last six months, I’ve had tremendous pain in my shoulders and we found out we’ve had some tears there.”

But it wasn’t so bad that he needed surgery and instead opted for some Cortisone shots. He was against it at first but because the pain was so great and he was only getting two-three hours of sleep every night, it was the best option at the time. He was able to get good sleep for the first time and it allowed him to keep hitting the weights.

However, that was just putting a bandaid on the issue because the shots eventually wear off after a few months. But the problem was still there and even worse than before because he had been training hard and heavy. So Lewis decided that he had to do what needed to be done so that he can be 100% for the 2021 MR. Olympia.

He also has several other injuries that he needs to take care of too.

“During this downtime, I’m going to be targeting my elbows, my knees, my shoulders, and really giving my gut health a overhaul. I really want to leave no stone unturned in the next couple of months and really bring back again a version that I’ve not even seen myself… feeling, looking, going into next year’s shows.”

So, he’ll be doing lots of therapy including working with the team at Bioxellerator in Medellin, Columbia to do what he described as a complete new-age technology rehab along with stem cell treatment. He’s very hopeful that this will be an effective option as opposed to having surgery, and knows lots of people who’ve had success with it, so much so that they’ve had a “second chance in life” he explained.

8x Mr. Olympia Ronnie Coleman recently said that he was starting stem cell therapy and the legendary Lee Priest set up a GoFundMe page to get stem cell treatment for a neck injury.

Apparently, it has been working wonders for others and Lewis says he’ll be putting a lot of emphasis, his resources, and energy into this just like he would have for the Olympia prep. So he’ll drop a little size and do a bit of a reset or “oil change” as he calls it, which he says all bodybuilders should do.

Lewis explained that he wants to do this the right way, like an athlete, unlike a lot of bodybuilders who put a bandaid on, train around injuries, and suck it up.

“I want to be on that stage for as long as I possibly can and retire on my terms, my way.”

Flex Lewis is very thankful for all of the support that he has and is confident that this is the best decision for not only his career but his future, and he’ll also be sharing his experiences during the process.

Flex Lewis is the most successful 212 athlete to compete in the sport of bodybuilding. After officially retiring from the...

212 kingpin Flex Lewis is widely regarded as one of the best talents to ever grace a bodybuilding stage. In...

Jay Cutler is a bodybuilding legend and always speaks his mind when topics of controversy make their way into his...