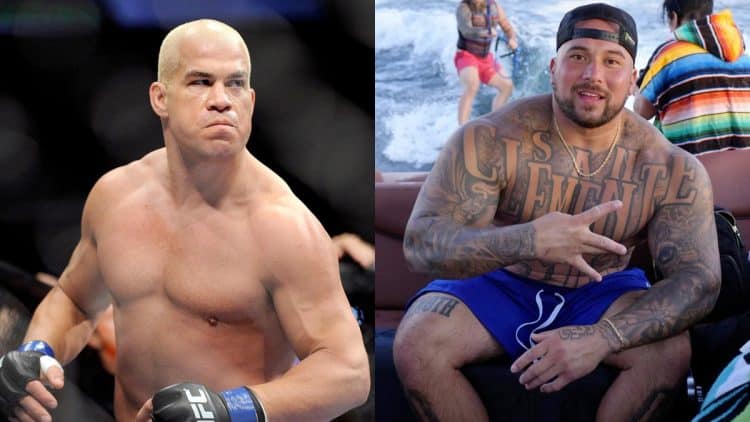 Social media sensation Big Boy has been making waves in the fitness industry for his athletic abilities and huge build. In a recent interview with TMZ Sports, he predicted a knockout of former UFC champion Tito Ortiz in a potential boxing match.

Big Boy is a popular fitness influencer online, with more than a million followers on Instagram and 858,000 on YouTube. He regularly collaborates with fellow celebrities for training sessions. While he is more into bodybuilding and powerlifting, Big Boy has also trained mixed martial artists.

In Jan. 2021, Big Boy joined forces with Kali Muscle for an intense workout at the Gold’s Gym in Venice, California, widely regarded as the Mecca of bodybuilding. Both men had their eyes on a unique set of 330-pound dumbbells made of gold. Big Boy managed to lift the massive weight more times than Kali. However, the gym’s manager reprimanded the pair for not wearing their masks properly.

After Kali took issue with the fact that the manager did not know who he was, both men left the gym but the trouble did not end there. Kali also got into a heated argument with a passerby who crossed the camera frame. Nevertheless, the video did rounds on the internet and helped their popularity.

Big Boy teamed up with legendary bodybuilder Flex Lewis in Dec. 2021. He made his way to the Dragon’s Lair gym in Las Vegas, owned by the seven-time 212 Olympia winner. Lewis guided him through a number of workouts and encouraged him to focus on volume rather than lifting just to move weight around.

It seems that Boy got a step closer to what he wanted as Ortiz responded to the challenge quickly.

“This Big Boy cat … he said that I called him out. I never called this guy out. This guy is talking out of the side of his neck. I’ve never had any problem against him, or with him, I like the guy. He said I called him out which is completely false.

“The guy wants smoke, let’s light this shit up, let’s do it. I’ve done nothing since I fought Anderson. I still got fight left in me. If this guy wants smoke, get the money, and make it happen.”

In a recent interview with TMZ Sports, Big Boy shared his thoughts on a potential clash with Ortiz and predicted an early finish.

“He tried to call me out. He wants to have a pay day with me, the man wants to throw hands so I said let’s run it. Yeah, the plan is to fight as long as he doesn’t b**ch out.”

“I respect all fighters 100 percent. He’s a world champion. I’ve looked up to him and I respect him but I think he’s past his prime. I think I’m more explosive, I’m stronger, I got more game than him; everything all at once. I just think it’s his time. I’m going to really retire his a**.

“For sure, guaranteed knockout.”

About five months ago, Big Boy partnered with female bodybuilders Dana Linn Bailey, the first-ever Women’s Physique Olympia champion, and Kristen Nun. He showed off his crazy strength by doing shoulder presses with Bailey and Nun on each hand.

He seems to be on a collision course with Ortiz, who was last seen in action against legendary MMA fighter Anderson Silva. Both men have expressed a willingness to fight, and more concrete developments are expected to follow soon.

Female bodybuilders Dana Linn Bailey and Kristen Nun are renowned for joining forces inside the gym. While on YouTube, fitness...