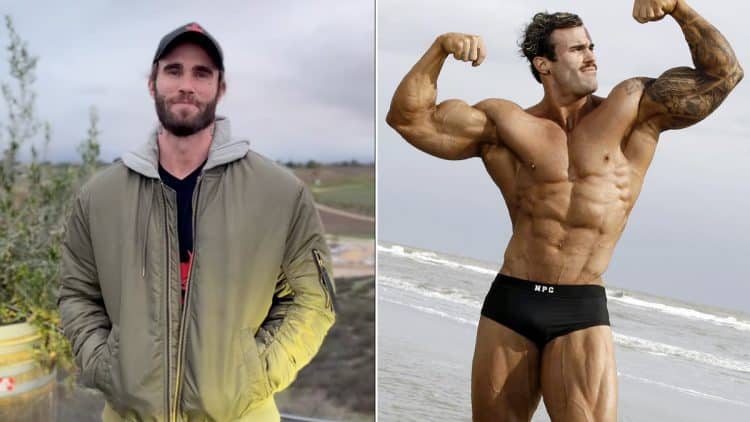 Australian bodybuilder Calum von Moger plans to get his life back on track. In a recent Instagram post, von Moger shared updates about his health and announced his return to the fitness world in 2023.

Von Moger gained prominence as a budding prospect from Down Under for his impressive physique and resemblance to the legendary bodybuilder Arnold Schwarzenegger. He skyrocketed in popularity after portraying the seven-time Mr. Olympia winner in the 2018 film Bigger. In 2020, he was on the sidelines due to a knee injury when his life began to get more complicated. He found out that he had an unexpected child in 2020 and got involved in a lengthy custody battle.

2022 was not a particularly good year for the social media fitness sensation. Von Moger made headlines for all the wrong reasons. While under the influence of methamphetamine, von Moger jumped through a glass window on the second story of a building in May. He injured his spine and was rushed to the ICU as there were fears he wouldn’t be able to walk.

Just days after leaving the hospital, von Moger pleaded guilty to possession of illegal substances in an incident that happened a few months prior in January. He was stopped by a police officer for being in an unregistered vehicle when the cop noticed something suspicious and found testosterone, needles, cannabis oil, white crystal powder, prescription drugs, and Viagra in the car.

Von Moger got on the road to recovery by checking into rehab in June. A month later, von Moger took aim at the fake people in his life who don’t show him their true colors and talked behind his back.

In a recent Instagram post, Calum von Moger shared updates about his health following a challenging year and declared his return in 2023.

“Hey guys, I just wanted to finally check in with you here to say that I’m doing so much better. I know it’s been a long time since I’ve been online,” he said. “For those who don’t know, early this year, I was in a bad accident and I really hurt myself. So I had to take some time off to heal and recover, and also I was going through a lot at the time. I apologize for my absence but I’m doing so much better now. I got all the help that I needed. I’m finally back here in California, which is great and I’m looking forward to now, getting back into a fitness routine, training back in the gym. I’ve been tightening up my diet these last few weeks, which has been tricky since I’ve had such a nice break.”

“I want to just leave 2022 in the past. It was a very tough year for me and maybe for you too. I’m not sure. We can talk about that later. That’s another point. I do want to talk about what I been through the past year again at some point, probably in a podcast or YouTube and just be open and real with you guys so you can see where I’ve been and what I’ve been through and how I got through it. On that note, I’m excited for next year, it’s just around the corner… I’m really excited to be here again. I’ve got some great new opportunities on the horizons. Some new companies that I’ll be working with in the new year, which is great so I’m looking forward to it. Happy New Year to you all. I hope you all stay safe.”

“This past year has been an extremely hard one for me,” Calum von Moger wrote. “I’d been battling depression and anxiety for some time and found myself in a rough patch earlier this year. However I just wanted to let you know that doing much better now after taking some much needed time off to focus on healing myself.

“It’s heartwarming to know so many of you have been checking in, it means a lot. Thank you guys from the bottom of my heart for all your concerns and prayers. I’m ready to return here in 2023. See you soon!“

Calum von Moger appears to be on track for his comeback. About two months ago, he avoided a criminal charge stemming from a road rage incident, in which he rear-ended a man and slashed his tires. He got off with a $2,500 fine based on his lawyer’s argument that a criminal conviction would restrict von Moger’s work opportunities in the country.