YouTube star Big Boy and Flex Lewis smashed some weights in the gym over the weekend. 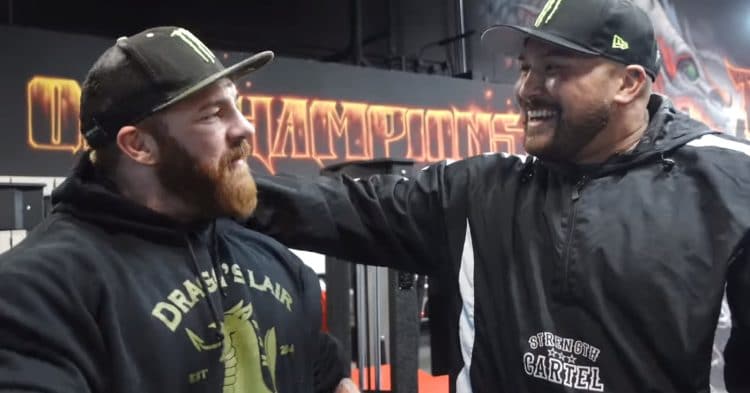 YouTube fitness star Big Boy met up with seven-time 212 Olympia winner Flex Lewis and the two hit some intense workouts at the Dragon’s Lair gym. Looking to get some work in for the holiday season, the pair took over Las Vegas and got busy with a number of exercises.

This isn’t the first time we have seen Big Boy getting a workout with elite talent. In fact, at the end of August, Big Boy exercised alongside former World’s Strongest Man, Brian Shaw. In a recent Youtube video posted by Big Boy, the fitness star dives into some intense workouts while lifting with bodybuilding legend Flex Lewis.

Big Boy took the time to get out of his comfort zone at Flex Lewis’ gym. After hitting various workouts primarily focusing on arm, chest, and back development, Lewis is adamant the workouts will sharpen the YouTube star physically and mentally over time.

“What’s up guys, so we just finished a shoulder workout. Flex Lewis said. Today, I took Big Boy through a 40-minute workout. You know, as I was saying on his channel earlier, this is a completely different workout style to his as he is usually chasing singular reps as everyone knows, how powerful he is, you know. This is kind of a more isolated muscle group. As you saw, we really hit the shoulders from different angles […].”

Out of all the workouts, it seemed the shoulder exercises taxed Big Boy the most. Lewis emphasizes muscle confusion when he is in the training room. Instead of pursuing max lifts, Lewis stresses the importance of volume in the weight room with the fitness YouTube star.

With over 750K YouTube subscribers, Big Boy is an influential character in the fitness world. Flex Lewis is one of the most decorated bodybuilders. While Lewis has been away from competition for some time, it appears he will be making a comeback in 2022.

Long-time coach, Neil Hill has reunited with Lewis and they intend to make a big splash in the coming months. Known for intense workout sessions, it’s clear that Big Boy had his hands full with Lewis’ volume-heavy workout at the Dragon’s Lair gym in Las Vegas.