Mr. Olympia Big Ramy explains that he is excited to prepare for a repeat of his Olympia winning performance, knowing what he has to do 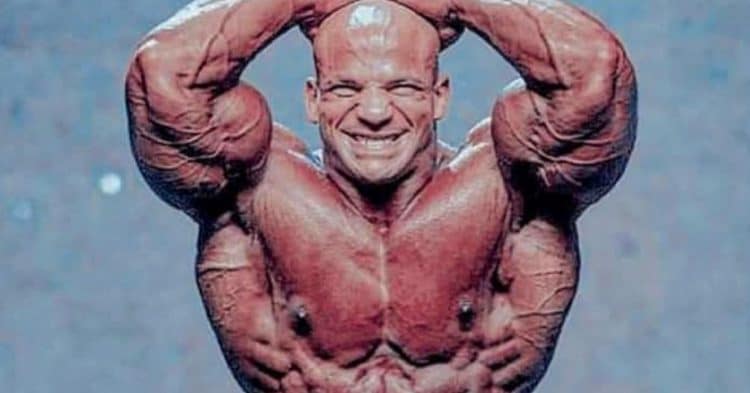 It seems like Big Ramy emerged out of nowhere to win the 2020 Mr. Olympia. Now he says he is aware of what he needs to do, and is excited to repeat his performance this year.

When it was announced that Ramy was granted a special invitation to the 2020 Olympia, the general vibe in the fanbase was of excitement, but not very high hopes for him to win. After all, while he is impressive to look at, he has a reputation of being a bit inconsistent.

In the end, he not only brought a top-tier package to the stage, but he looked even better than ever before. This resulted in his winning the Mr. Olympia title, beating out former champions like Brandon Curry and Phil Heath to capture the throne.

That said, Big Ramy has no intentions of making this just a one-off performance. While time will tell what he is able to do with his physique this year, it is safe to say that he has the utmost confidence in abilities to bring a similar shape to the stage again in 2021.

Taking to Instagram, the champ shared a crazy picture from his Olympia winning performance, while explaining that he learned what he has had to do to be successful. So with that knowledge in place, he is prepared to do whatever it takes to retain his throne.

“I’m looking forward to do it all over again. Last year I realized that you have to go to a dark place and at the end it paid off well. This time I have a better idea of what is coming my way and I’m ready to face it [email protected] again. Let’s GO!”

A big key to the success that Ramy found last year, came from working with his new coach Chad Nicholls. The pair have found a groove that nobody else previously could, when it came to prepping him for competition.

When it comes to the prep this year, Chad has been promising that he is going to help his client get even bigger by the next time he steps on stage. That is hard to imagine, given how enormous the Egyptian already is.

At the end of the day, time will tell how successful Big Ramy will be at the 2021 Mr. Olympia. He has a fair amount of competition gunning for him, especially with the potential of Kai Greene coming back.

That being said, if he is able to maintain a consistent package that is anywhere near what he looked like in 2020, or even make the improvements he is suggesting, he could very easily be champ for a long time to come.