Mr. Olympia Big Ramy shows off his massive physique while promising that he will be looking even better at the 2021 Mr. Olympia 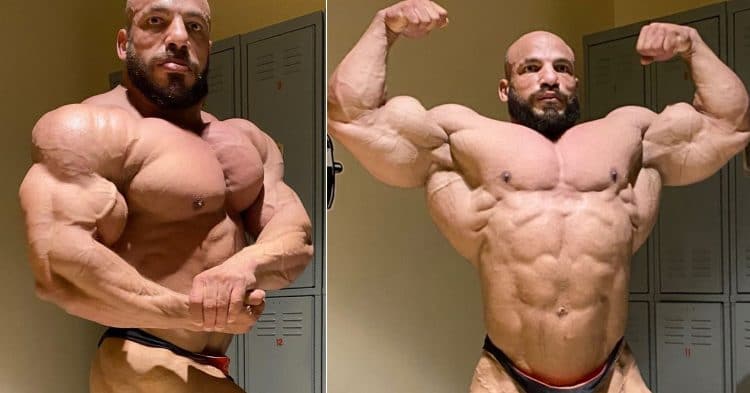 Mamdouh Elssbiay, a.k.a. Big Ramy, reached the pinnacle of bodybuilding with his win at the 2020 Mr. Olympia. Now he shows off his killer physique as he looks ahead to the improvements he is making for this year.

Having been a fan favorite bodybuilder for many years, Ramy had a tendency to frustrate his biggest supporters. This was because even though he is one of the biggest athletes we’ve seen in a while, he often fell short in the biggest moments.

However he was able to turn things around in 2020. He came into the 2020 Mr. Olympia, after getting a special invitation, with the best physique he has ever shown, winning the contest and beating the likes of Brandon Curry and Phil Heath.

Some have worried about whether or not Big Ramy is going to be able to keep this momentum in the year to come. However he is assuring fans that he is planning on coming back better than ever.

Taking to Instagram, he shared some physique photos. He does not say when they are from, but they appear just before the Olympia. In the caption, he promised that as good as he looked last year, 2021 will be even better.

Big Ramy’s Journey To The Top

As previously stated, it was a long road before Big Ramy was able to realize greatness at the 2020 Olympia. He had been in the trenches for a long time, putting in the work to get to where he was.

Prior to this recent appearance, his best physique was arguably the one he brought to win the 2017 Arnold Classic Europe. He appeared on the Olympia stage six times before claiming victory, with his next highest placing being second in 2017.

It is safe to say that there were plenty of highs and lows on the road as Big Ramy ascended to Mr. Olympia status. That being said, if he can stay consistent, he has the potential to be around as champion for a long time.

Tom Morrison is the creator of The Simplistic Mobility Method and works with athletes on prerequisite movement capabilities for optimal strength, performance, and reduced risk of injury. He is a British weightlifting coach, martial artist, CrossFit trainer and competitor.