Big Ramy Checks In With Physique Update, One Week From His Return At The Europa Spain Show 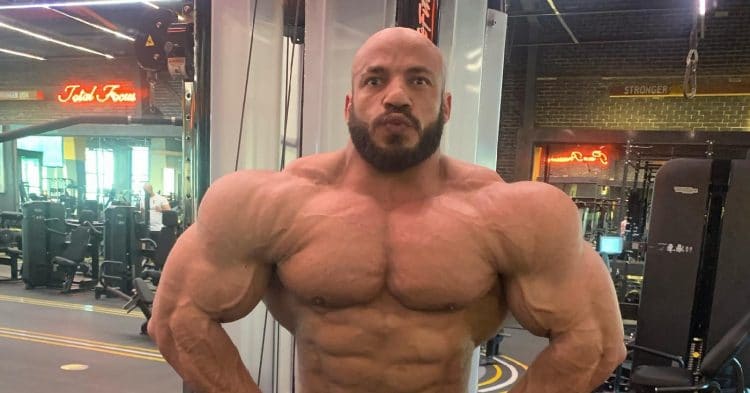 There is a ton of buzz surrounding Big Ramy announcing his surprising intent to compete at the Europa Spain. Now, a week out from the show he gives us a look at his physique, and how things are looking ahead of the show.

It was a bit of a shock that Ramy announced he would be competing at the Europa Spain, especially with the short notice that he made the announcement. He had been vocal about wanting to find a route to compete at this year’s Olympia, saying that he would be staying ready, but nobody expected him to reveal he would be competing just a few weeks out from the show. Nevertheless, this was the situation as he seemed fired up and excited to compete, reassuring his fans that he was in great shape and confident in his ability to win.

Just one week away from the Europa Spain, Big Ramy decided to give an update on his physique, a few days from the show. Taking to Instagram, he shared a photo and a brief video of his most muscular pose. This demonstrated where his physique is, as he finalizing his prep for competition.

This is a pretty solid update from Ramy. To be honest, there is a lot that could be improved from this, compared to how we have see him look in the past. Although it should be noted that this will still probably be a strong enough package to at least earn his qualification for the Olympia. It would not be surprising in the least to see that he was taking things easy here, in order to get his invite to Vegas, where he can work harder and bring a more complete package to the stage in December.

Of course, this is not to disrespect or discount the people that Big Ramy will be going up against, when he takes the stage this weekend. There are plenty of tough competitors ahead of him, and they were surely put up a good fight. It just seems that the Egyptian has prepared well enough to earn his slot at the Olympia. Therefore, given the short notice nature of the contest, and the fact that he will be making a relatively quick turnaround, it seems safe to assume that it was a strategic decision to show up with a physique that was less than his max, and amp things up in a few months.