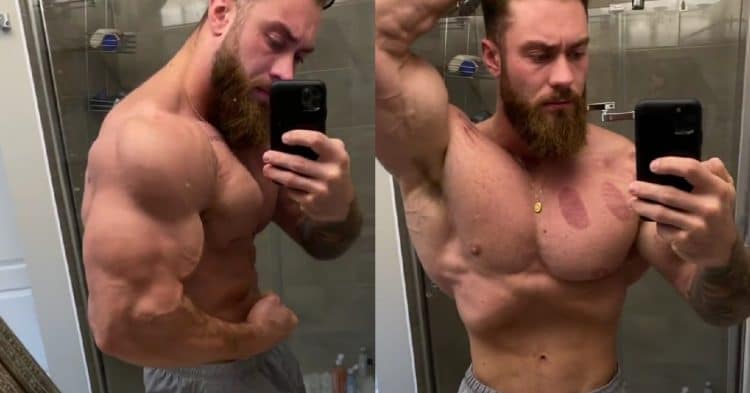 Things are beginning to move in the right direction, as athletes gear up for the 2020 Mr. Olympia. Classic Physique champ Chris Bumstead is looking to retain his title, and as he starts prep he gives a look at where things sit about 11 weeks out.

In what many considered the biggest upset at the 2019 Olympia, Bumstead beat out Breon Ansley to win in the Classic Physique division. To some, this was considered the ushering in of a new era of judging criteria for the weight class, with different emphasis being placed on specific parts of the body over others. Nevertheless, Ansley is gunning to get his title back, so Chris has to be at the top of his game if he wants to retain his throne and prove that his win was not a fluke and that he deserved to win.

As the 2020 Mr. Olympia draws closer, with the contest just about eleven weeks away, Chris Bumstead has started to pick things up. He has been sharing plenty of updates showing him bulking up in the off-season. However he recently took to Instagram to share the official start to his prep for the big show. In the post, he shared a brief video of him flexing, and working on his vacuum pose, while saying that he woke up at a lean 251.7lb.

“251.7lbs fresh out of bed.
Prep starting means vacuums everyday, I gotta be able hold it for a longgg time showing no struggle by December.
It’s either practice until you almost pass out in the bathroom, or don’t practice and pass out on stage… 🤷🏻‍♀️”

This is about as good of a starting place as Bumstead could ask for, to kick off this Olympia prep. His weight seems a little higher than one would expect, but it does not stop him from still being able to hold a vacuum, at least briefly. It seems likely that he will look to bring that down a good amount as the show draws closer. Then again, it is not necessarily surprising that he is this size, given how hard he has been working over the last several months, building his physique and grinding in the weight room.

All in all, it is good to see Chris Bumstead dialed in and focused on his prep. With less than three months until the show, it will be exciting to see his progress as the Olympia draws near.