212 Olympia Champ Kamal Elgargni Explains How His Training Is Going Ahead Of The Olympia, And What It Is Like To Work With Flex Lewis 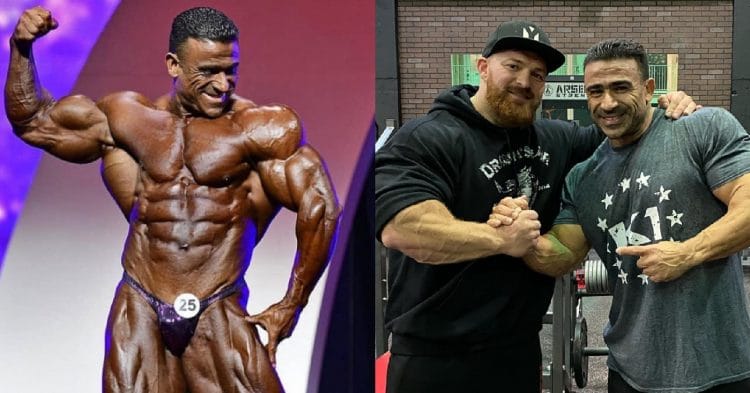 Adjusting to the change in schedule for the 2020 Mr. Olympia weekend has been hard on several athletes. For last year’s 212 champ, Kamal Elgargni, the change in dates has really thrown off his prep and put him really ahead of schedule.

When Flex Lewis walked away from the 212 division, few people thought that Elgargni would be the man to take up that mantle. Yet he managed to do just that, bringing a complete physique to the stage in order to win the 212 Olympia in 2019. Now he is looking to have a repeat performance at this year’s event, but he does have a long list of stiff competition to face in order to make that happen.

Nevertheless, Kamal Elgargni has been working hard to prepare for this moment. However as he explained in a recent interview, this year’s prep has been more complicated than most. Due to the global pandemic, the date of this year’s Olympia weekend was pushed back, which left Kamal extremely ahead of schedule on his prep, to the point where he says he could be ready to step on stage in as little as two weeks, despite the show not being for another two and a half months.

“This year, I started my prep like straight away after the Olympia last year,” Elgargni explained. “I had about eight weeks off, and I started in like December. That’s always what I do, I start early to make sure everything is right. But I started in December, and then the pandemic and the virus and everything has the Olympia postponed until December, so for almost nearly a year now I’ve been training. I think it did me well, my training is very well. I’m ready, next week I could step on stage, to be honest. I’m really ahead of the game.

“To be honest, I’m about six weeks ahead from last year’s Olympia,” Elgargni continued. “Because last year my prep was probably seven, eight months. This year is nearly a year, but I’m ahead. I’m six weeks, easily ahead. I could really step on stage, two weeks max I could be on stage and I could be the condition that you saw me last year at the Olympia. But the plan this year, is to be bigger and better conditioned than last year.”

That being said, Kamal Elgargni has been forced to make some serious adjustments to his training plan, to make sure he dials things back enough to be at his best in December. He discussed how owning his own gym allowed him to keep training even during the pandemic, but that lately he has been forced to crank up his carb intake to avoid losing muscle. Another big part of his training, at least for the last several weeks, has been his work with former 212 Olympia Flex Lewis, at the Dragon’s Lair. Kamal explained how different things were, training with Flex, but that it had been super beneficial for him for this prep.

“Now I’m training with Flex, and John Delarosa we train together, and Hassan Mostafa is here as well,” Elgargni said. “These guys, they train hard. Okay, normally I do train but they do a lot more volume, more reps, and it’s a different style. But for an old man, I’m coping with them still. We’re training (each muscle group) once a week, but we train four or five different exercises with each muscle group. We train hard.

“We do probably, (including warm-ups) six or seven sets, but we do more reps. Like 20, 25, 30, 35 reps, it’s like this is the killer. This is the change that I don’t do. Normally I’ve my training partner back in England, but it’s not like that much pushing. But now you’ve got the best of the best, with Flex and these guys. They’re really pushing me hard.”

It seems that Kamal Elgargni is fired up and excited for the chance to retain his 212 Olympia title. Hopefully he will not be burnt out by the time December comes around. On the other hand, it seems that working with Flex Wheeler and the other guys at the Dragon’s Lair has reinvigorated the champ, and they are pushing him to his limits.