Big Ramy Arrives In United States Ahead Of 2020 Mr. Olympia

Amidst some concerns about whether or not he would make it, Big Ramy is now officially in the United States to finish his 2020 Olympia prep with Dennis James 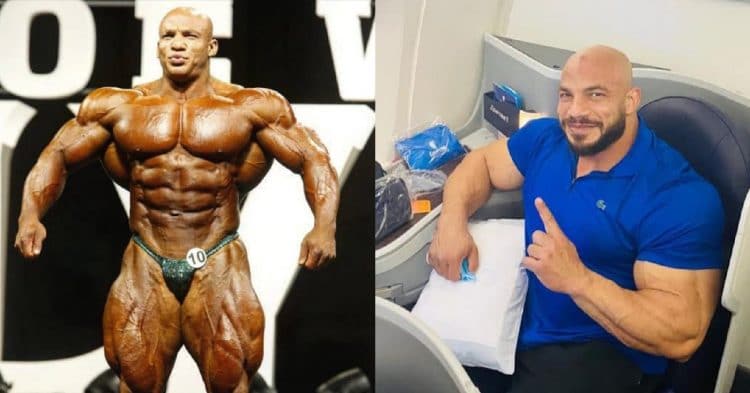 Withe the complicated situation going on in the world, there have been some concern about certain athletes and their ability to get into the United States to compete at the 2020 Mr. Olympia. It seems you can take Big Ramy off of that list of uncertainty as he is officially stateside and finalizing his prep for this massive contest.

Fans were disappointed when Ramy was unable to compete at the 2019 Mr. Olympia, especially given the fact that he had a somewhat disappointing performance at the 2018 Olympia. He failed to capitalize on his second place scoring in 2017, and it left many fans feeling like he had more to offer. Then it seemed like he might not be able to attend this year, after failing to earn enough points to qualify for the contest. However he would be granted a special invitation, getting the fans buzzing about what kind of package he might bring to the stage this year.

Read also: Here’s Why Big Ramy Should Get A Special Invitation To The 2020 Mr. Olympia

The only remaining obstacle to getting Big Ramy to the 2020 Mr. Olympia was the potential that he may not be able to get a U.S. Visa to get into the country. That being said, it seems that this is no longer a concern, as he was seen earlier on Monday aboard a flight that was headed to the States. Then, as of this were not enough confirmation, bodybuilding legend Dennis James shared a video to his Instagram Stories to reveal that the Egyptian bodybuilder was in the country, and with him in Arizona.

This is obviously massive news for fans of Ramy, and a relief for those who were concerned about his ability to make it into the United States. It appears that he will be working with James to put the finishing touches on his physique as the Olympia draws closer. His diet and nutrition for the final parts of his prep will be handled by his longtime coach Chad Nicholls.

The official addition of Big Ramy to the 2020 Mr. Olympia roster is one that only serves to boost the rest of the exciting bodybuilders who will be competing. Critics have pointed out the fact that he did not get a traditional qualification for the show as a reason to dismiss him, but his record of achievement speaks for itself. The reasons he could not qualify were out of his control, and he will surely bring the best physique that he can to the stage on December 17th.