Here’s Why Big Ramy Should Get A Special Invitation To The 2020 Mr. Olympia

Big Ramy Did Not Qualify For The 2020 Mr. Olympia, But Here Is Why He Should Get A Special Invite 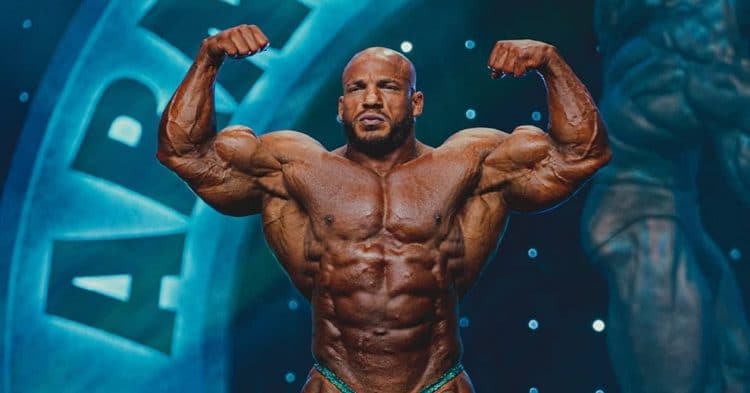 It seemed a surefire thing that Ramy would compete at the Olympia after he revealed that he would compete at the IFBB Europa Pro. Unfortunately a positive COVID-19 test forced him out of the show, which was a disappointment, especially considering the way the other competitiors looked. It seemed like a certainty that he would have been able to win, had he competed. Nevertheless there was still hope for him to qualify with points, until last weekend’s Chicago which left him narrowly missing the point window following the conclusion of the final qualifying event for the 2020 Mr. Olympia.

With this being the case, fans have been wondering if Big Ramy should be given a special invite to the 2020 Mr. Olympia. While some people disagree with this, here are some reasons why it would make sense for him to get this invitation, despite not qualifying.

Those who are against the special invitation seem to be forgetting just how common of a practice this is. Virtually every year or so for the last decade, there has been at least one athlete granted a special invitation. Even last year saw Cedric McMillan given an invite, simply because his military duties prevented him from being able to compete in a way that he could qualify. Not to mention the fact that basically all of the legendary bodybuilders who took the stage during the golden era of the sport, did so because of they were invited not because they qualified.

Big Ramy Is An Olympia Runner-Up

Unlike most of the other people who are given special invitations to the Olympia, Big Ramy has actually been a runner-up in previous years. This shows that he has the skillset and physique to rival the best on any given day. If the Mr. Olympia contest is about finding the best bodybuilders in the world, at the end of the day you should be concerned with finding a way for the best to compete. In the case of Ramy, this would mean that in spite of his point standing or inability to compete and qualify, you would want to see him on stage.

There Is An Opening

Speaking of special invitations, there was one that was already given this year, which was handed to former 212 Olympia champ turned Open Division hopeful, Flex Lewis. However he recently revealed an injury that has forced him out of the Olympia, much to the disappointment of his fans. Therefore this now leaves an opening in the way of special invitations, so it would still just be one invite given for the year. Given the circumstances, it seems almost serendipitous that Ramy should be granted the invitation. Not to mention the fact that he would be bringing with him a massive following of fans from his 2.3 million Instagram followers, which would put more eyes on the sport and more eyes on the Olympia.

Big Ramy Could Sweep The Competition

If you take a look at some of the people who have qualified for the 2020 Mr. Olympia, it seems that Big Ramy has a legitimate shot at beating virtually everyone on stage. There are of course questions about his ability to beat the likes of Phil Heath and Brandon Curry, but you would be hard pressed to find anyone else on the qualified list who has the same time of physique and mass that Ramy does. Obviously this is purely speculative, but if there are still questions about who the best bodybuilder is after the Olympia is over, then what was the point of the show in the first place?

At the end of the day, it is only speculation to say what shows Big Ramy could or could not have won, had he competed. Nevertheless, given these reasons, it seems like a given that he will get a special invitation to the 2020 Mr. Olympia. Time will tell if this ends up being the case, but it would certainly be a shame to not have him competing.

10 Lat Pulldown Alternative Exercises for A HUGE Back

How To Watch 2020 CrossFit Games Final