91-year-old bodybuilding legend Bill Pearl narrowly avoided a catastrophe after falling and getting trapped under a lawn mower. 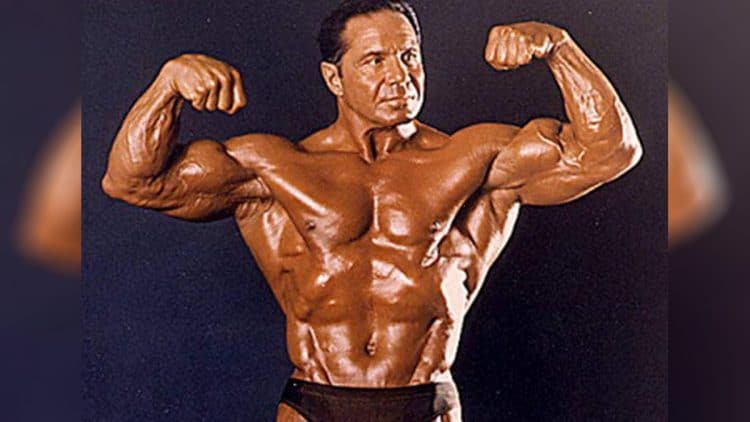 As a top athlete during the 1950s and 1960s, bodybuilding legend Bill Pearl reached incredible heights while competing as an IFBB Pro. While enjoying retirement, Bill was recently a victim of a brutal lawn mowing accident that almost resulted in his death.

Bill Pearl holds the distinction of having won the Mr. Universe title a total of five times during his bodybuilding tenure. His most notable victory in the sport came after defeating bodybuilding star Frank Zane in 1971. In addition, he won first prize at the 1953 Mr. America show and also nailed first place in 1956 at Mr. USA. Bill retired from competition in 1971 following his last Mr. Universe victory but continued to make guest appearances at various shows until 1989.

According to a recent Facebook post, Bill fell off his Craftsman lawn mower. The post states that he was trapped under the machine face-down after he got stuck riding over a squirrel mound. 911 was called but fortunately, a truck with his son showed up and they offered assistance. Following the scary ordeal, Bill was informed by doctors that he had a compression fracture of his T-10 vertebrate which prompted a surgery that lasted over six hours.

The article I just posted was prepared by Bill on Tuesday morning. It had rained the night before, but the sun had come out, and he decided to go up the hill and mow around the barn. He was using the smaller Craftsman riding mower and it got stuck on a squirrel mound, so he put it in reverse to back off of it and it kind of jumped, and being close to an embankment, rolled over the edge and came to rest against the barn, on top of Bill’s back.

I was working in the house and realised I hadn’t heard the mower in a while and walked up the hill to check on him.
When I first saw the mower upside down, and him under I panicked and ran the rest of the way, fearing the worst. (The best was bad enough) he was conscious, but totally pinned, face-down in the grass.

I knew I’d have to leave him that way to call 911. Just as I stood up to leave , a truck came up the drive, with two strong guys, a friend and his son, there to take a workout in the barn. Together, they were able the lift the machine up and off of Bill’s back without injuring him further.

They then called for an ambulance, and they were able to apply a neck brace strap him onto a backboard and safely turn him and take him to the hospital.

After X-Rays a Cat scan and an MRI, a Neurologist determined that he had a compression fracture of his T-10 Vertebrae,
among other things.

He was scheduled for surgery the next day. He endured six hours of very complicated surgery and Praise The Lord, he is resting UN comfortably in the hospital, and should be home in a few days.

It may be awhile ’til he can sit at a computer again, but HE’LL BE BACK !!!

We have many friends and family to thank for their Prayers and good wishes, we are so grateful.

To all our Facebook friends : a personal announcement:The article I just posted was prepared by Bill on Tuesday…

Bill has recovered from the operation and is in discomfort. The surgery was described as long and complicated, but Bill intends to make a full recovery.

In his twilight years, Pearl has produced many books on fitness. Bill Pearl is a legend of the sport and at 91 years old represents longevity in bodybuilding. Despite undergoing surgery after a mowing accident, Bill plans to rest and restore his health at home in the coming months.