No Result
View All Result
History 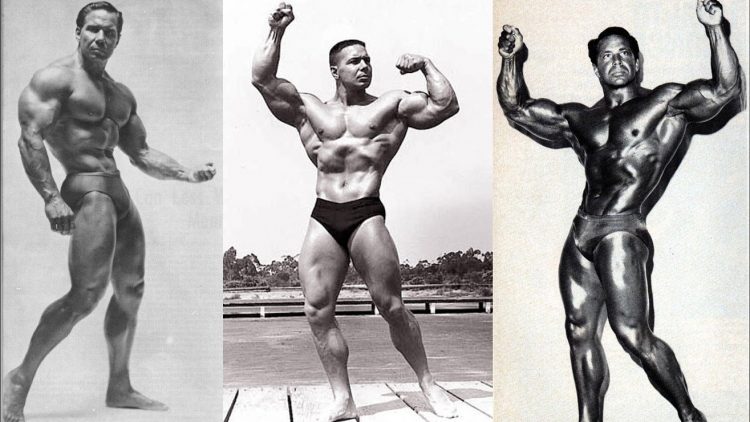 Dreams of an 8-year-old boy

Bill Pearl stood apart from his friends even before he built his massive physique. While most boys were dreaming of someday being policemen, firemen, movie stars or sports heroes, little Bill Pearl dreamed of being a bodybuilder. After seeing a circus strongman in 1938, he knew he what he wanted. The rest of his life was centered around his goal of bigger, more defined muscles and greater strength.

By age 11, Bill was using gallon cans of corn and green beans as dumbbells at his father’s restaurant. As he grew older he sought heavy manual labor to build the muscles for which he longed.

At age 14 in 1944 a friend showed Bill a copy of Strength and Health magazine. Inside were classic physiques such as Clancy Ross and John Grimek. Also inside the magazine was the secret of how to look like them…barbells! Bill and 2 friends decided to buy a York Big 10 weight set and so began the muscle-building career of one of the greatest bodybuilders of all time.

Bill made some progress lifting his shared weights. His progress was good enough to be offered 14 scholarships in football and wrestling but, after graduating from high school, Bill joined the Navy.

Luckily for Bill he eventually was stationed in San Diego. San Diego was a hotbed of bodybuilding at the time due to Leo Stern and his gym. Leo trained the great Clancy Ross who Bill had seen in Strength and Health years before. Stern and Pearl hit it off and a lifelong friendship was forged. Stern was a great teacher and Pearl was a focused and hard-working student. Together they made Bill Pearl almost unbeatable! 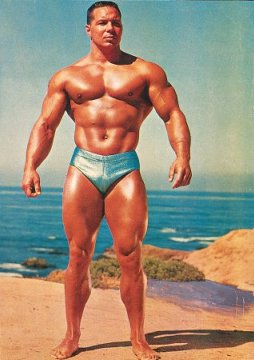 By 1952, training under Leo’s watchful instruction, Pearl was ready for competition. His first was the Mr. San Diego contest where he was pleased to take 3rd place. His placing fueled the fire within him and he “practically lived” in Leo’s gym after that. 1953 found Bill winning the Mr. Southern California, Mr. California, Mr. America and the Mr. Universe titles! Bill was on his way to becoming a legend!

The Gym and more Universe titles

Bill’s Naval enlistment ended in 1954. Bill had saved $2800 by buying war bonds and used it all to purchase his first gym. Through hard work and diligence Pearl was able to add 8 more gyms over the years.

Bill’s only setback during those years was his loss to Jack Delinger at the ’56 Mr. Universe. As always, Bill pressed on after the defeat and was never beaten again. Bill returned to the posing dais in 1985 at 55 years of age. His fantastic condition at his guest posing events is still talked about today. 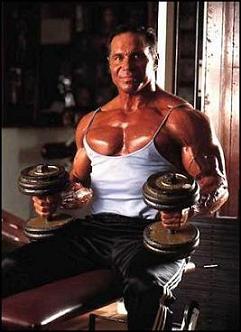 Bill and his wife have been lacto-ovo vegetarians since 1969. They eat no fish, fowl or red meat in their diet. They do eat dairy products and eggs for their protein needs. Bill achieved his all-time best condition in 1971 on this diet. Pearl recommends this kind of diet and believes it eliminated the high blood pressure, high cholesterol and high uric acid he was experiencing from a diet heavy in red meat and protein.

Do you take steroids? Most bodybuilders when asked that question either side step it or lie. Pearl openly explains his steroid use in his book Getting Stronger. Pearl states that he used 30mg of Nilivar a day for 3 months in 1958 and again before the 1961 Mr. Universe contest. He said he made fast progress using the drug but didn’t like the way it made him feel physically or emotionally. According to Bill his 1967 and 1971 Mr. Universe titles were drug free.

The Legend lives on

Bill Pearl made a great career in the bodybuilding field. He has owned gyms, trained astronauts, produced top bodybuilding stars and consulted for top equipment manufacturers. 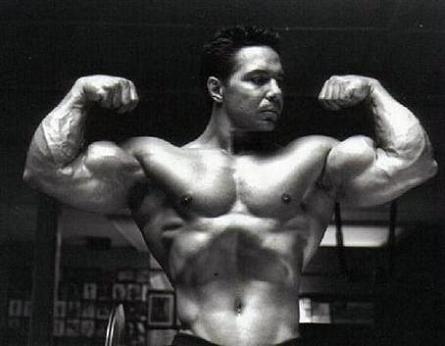 He has also written many books on weight training such as Getting Stronger, Keys to the Inner Universe, Getting in Shape and Beyond the Universe. He inspired a generation of Iron Agers with his strength, physique, hard work and humility. Here’s to Bill Pearl! One of the greatest of the Iron Age!

As a top athlete during the 1950s and 1960s, bodybuilding legend Bill Pearl reached incredible heights while competing as an...