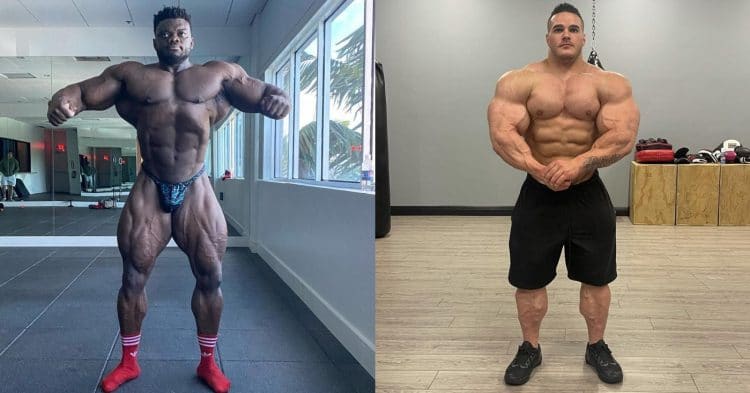 The 2021 New York Pro will see two highly touted prospects in Blessing Awodibu and Nick Walker go head to head. With about three months to go until the contest, both men show some physique updates that make the anticipation for this contest nearly unbearable.

Heading into this year’s New York Pro, there is a lot to be excited about. However the talk of the town seems to be the rivalry between Awodibu and Walker.

With Nick having just one pro contest on his record, and Blessing not having yet made his debut, these two men are as well regarded as prospects have ever been in the sport of bodybuilding.

They will be going head to head at the New York Pro, and as such, they have gone back and forth on social media. This has only served to boost the anticipation and make fans wonder who will get the upper hand in May.

With 12 weeks to go until the contest, we may have an idea of what to expect. Blessing Awodibu uploaded a physique update to Instagram recently, that shows how his physique looks so far.

Read also: Blessing Awodibu Plans To ‘Shock The World’ With His Pro Debut: ‘Everybody’s Going To Hate The Boogeyman’

He will be competing at the Indy Pro, a few weeks before New York, but he still looks to be in great shape. Standing in a front relaxed pose, he encouraged his fans to guess what his weight is.

From this angle, Awodibu looks pretty solid. He even takes a second to post in the comments and poke fun at the critics who call him an Instagram bodybuilder, but not a truly elite athlete.

Related: Nick Walker Reveals His Secrets To Get Massive Hamstrings

In both a side tricep and front pose, Nick showed off a pretty solid looking physique. It is clear that he is putting in the right amount of work to prepare for his second pro show.

“That ring is staying in Florida.”

Now, when looking at these updates side-by-side, it is hard to determine who is looking better. While Awodibu is only showing one portion of his physique, Nick is wearing shorts that hide parts of his legs too.

Either way, it is clear that both Blessing Awodibu and Nick Walker are working hard to prepare for the 2021 New York Pro. It will be interesting to see how they look in three months, and who ends up on top.