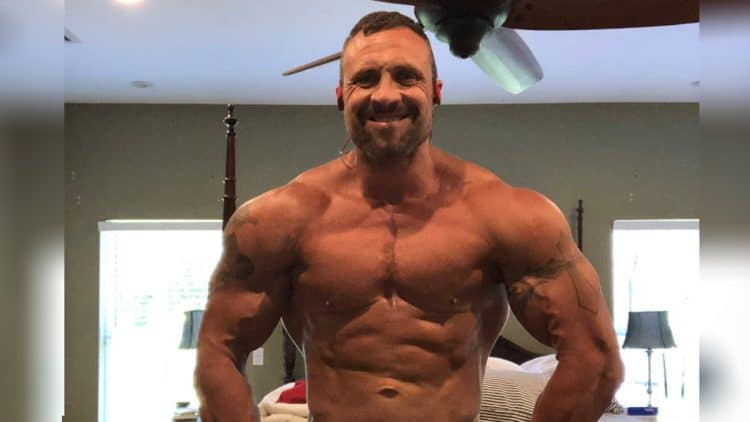 Florida-based bodybuilder Ian Baunach has been charged with premeditated first-degree murder following the gruesome death of his ex-wife, Katie Baunach. The 43-year-old was arraigned on Monday and charged after being accused of incinerating Katie’s corpse in his backyard.

The victim, Katie was last seen alive on September 29, 2022. A friend claims that Katie planned on retrieving some of her personal items from Ian’s house, but never returned. The following day, the police were called to Ian’s five-acre property. At the scene, they discovered Katie’s car parked outside his residence. Despite their suspicions, Ian Baunach refused to let police into his house.

A day later, officers revisited his home with a search warrant in hand, however, they noticed that Katie’s car was no longer parked beside Ian’s house. Upon entry, police detected that a struggle took place inside the home and found blood stains.

On Wednesday, October 12, 2022, TMZ revealed that Baunach was being charged with the murder of his ex-wife, and police say he also incinerated her body in his backyard, likely to destroy incriminating evidence.

While fulfilling the search warrant, officers say they found an AR-15 upper receiver, 13 silencers, and a Glock Model 27.40 caliber pistol inside of a plastic bag, located in a safe. Additionally, they found Katie’s engagement ring and wedding ring at the scene.

Chilling evidence surfaced once detectives got involved. They found human remains outside of Ian’s home — this disturbing discovery included a jawbone with a tooth still attached to it and a fresh burn pile that smelled like human flesh. According to authorities, all of these items were located next to a 50-gallon barrel.

During his court appearance, the bodybuilder maintains that he never killed Katie and that she disappeared. Though, he did mention that they both got into a heated argument over another woman recently.

Ian was taken into custody two days following her death. He was charged with first-degree premeditated murder, destruction/concealment of physical evidence, and cremating a dead body. This week, he pled not guilty to the charges in a Tampa court hearing.

This wasn’t Ian’s first run-in with the law. Last month, his ex-wife, Katie filed a restraining order against him. This came after she accused him of abusing one of their children. Back in November 2021, Ian was arrested for domestic battery by strangulation. If Baunach is convicted of the first-degree state murder charge, he will face life in prison or the death penalty.

Fitness Volt extends our deepest condolences to the families and friends of Katie Baunach.