Bannout discussed stomach distension and issued a grave warning to anyone using insulin: 'One to three years down the road, it's going to lead to health problems' 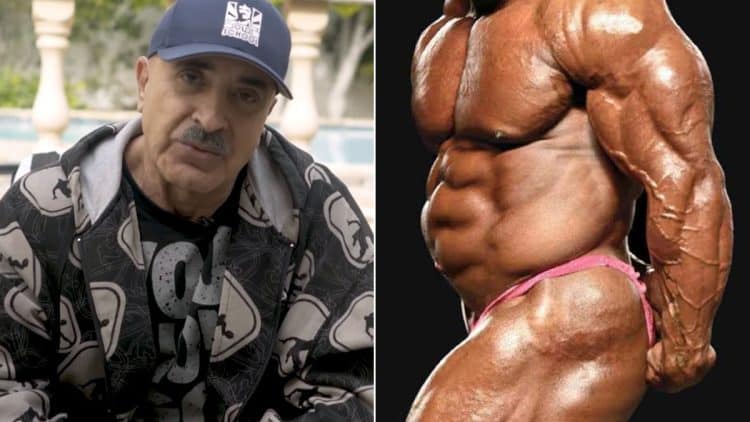 Samir Bannout On Insulin Use - Image via @Oldschoollabs Youtube

Samir Bannout is an influential figurehead in bodybuilding today despite having reached the pinnacle of the sport in 1983 when he won Mr. Olympia. In a recent video, Bannout warned against using Insulin and said those who take the drug are likely to die before they reach the age of 60.

“The Lion of Lebanon” is known for discussing the sport’s finer details and how talent has evolved since his days on stage. In addition to giving his predictions for the upcoming 2022 Mr. Olympia contest, Samir routinely discusses bodybuilding cycles and steroid use. He’s praised three-time Classic Physique Olympia champion, Chris Bumstead, after revealing his ‘decreased’ cycle for this year.

C-Bum shocked many in the community when he revealed that he’s only using two compounds as opposed to the typical four or five he normally would take. Despite the reduced program, the Canadian Pro says he looks better.

One of Bannout’s latest concerns involves competitors using Insulin. In addition to stomach distension (bubble guts), the bodybuilding veteran says using it leads to health problems. Moreover, Samir suggested that even using it safely will cause damaging effects to one’s health in one to three years.

Samir Bannout: ‘If You Use GH and Insulin Simultaneously for A Year, You’re Going to Have a Major Problem’

In the latest Muscle Maturity Podcast, Bannout warned competitors of the dangers that lie ahead for anyone using growth hormone and Insulin together for a year.

“Right now, they’re getting that fullness overall and that puffiness in the middle — and that’s due to what we were talking about earlier. This is imminent. You’re not going to be one of the lucky guys. Like Milos [Sarcev] says, ‘it’s okay.’ I disagree with Milos, it’s not okay. It’s not okay.

If you get away with using GH [growth hormone] and Insulin simultaneously for a year, I’m telling you — it’s not going to last that long because one, two, three years down the road you’re going to have a major problem in this region and that’s going to lead to health problems,” Samir Bannout shared.

According to John Hansen, bodybuilding legend Dorian Yates didn’t like Insulin when he used it and added that it ruined his waist.

“I was watching Dennis James’ podcast last night and Dorian was on there talking to Milos about Insulin. He was saying he didn’t like; it didn’t work. I think Milos put him on it. Milos told him what to take but Dorian said he didn’t like it. He said it ruined his waist,” John Hansen told Samir Bannout.

The former Mr. Olympia continued to issue a grave warning against using Insulin. He specified for those who are using it, high glycemic carbs are ‘definitely needed’ or they will die.

“Well, like I told you earlier — this might not happen for a year or two, but it will definitely happen because the bottom line, and we discussed it earlier, you cannot use Insulin without using the high glycemic carbs. This is what leads to the problems. High glycemic carbs is definitely needed otherwise you’ll die.”

Bannout to Nick Walker: “You Gotta Be Careful My Friend”

While Bannout gave Walker credit for his consistency and hard work, he believes Nick’s size will ‘catch up’ with him eventually.

“I mean — Nick looks very good here in that photo. His waist looks perfect. His shoulder-to-waist ratio is fantastic. But again, Nick is young. Nick is under 30 right. What 28, 29. I mean, I have to give him a lot of credit for his consistency and hard work but in all honesty, I would definitely be satisfied with the size he has. He has to focus on showing what he has.”

“He’s young, he’s only competed three or four times. It will catch up with you eventually. Yeah, he hasn’t been competing for too long. You gotta be careful my friend. I mean, if you want to look after your health, there are things you should not do.”

Before ending the discussion, Bannout drove his point home one more time, as he encouraged others to avoid using ‘unnecessary garbage’ like Insulin.

“How many times we talk about life expectancy. If that is involved, we need to eliminate the garbage. If you want to live to 75 or 80, you need to avoid this crap [Insulin]. Otherwise, I’m telling you right now, continue to use Insulin and all the unnecessary garbage, you will not make it to 60 — I’m very sorry. You will not. Thank you Milos. Milos do you agree with me?” asks Samir Bannout.

In the past, Bannout has cautioned against using steroids, especially for older competitors. Earlier this year, the bodybuilding community witnessed former 212 Olympia winner Kamal Elgargni test the waters in the Men’s Open division. Despite finding some success, Samir Bannout worries about competitors like Kamal pushing gear into their late 40s early 50s.

The dangers of Insulin use were again brought into the limelight when an aspiring wrestler/ bodybuilder suddenly died in 2017. He was 35, and initial reports suggested that there wasn’t a confirmed cause of death. However, the coroner’s office said in an inquiry that the strongest possibility for a cause of death was Insulin overdose.

Given the competitive nature of the sport, athletes will continue to push the limits when it comes to seeking an advantage. While some coaches like Sarcev believe Insulin to be an effective tool during preps, Bannout says the drug is causing more harm in the long run and not worth the risk.