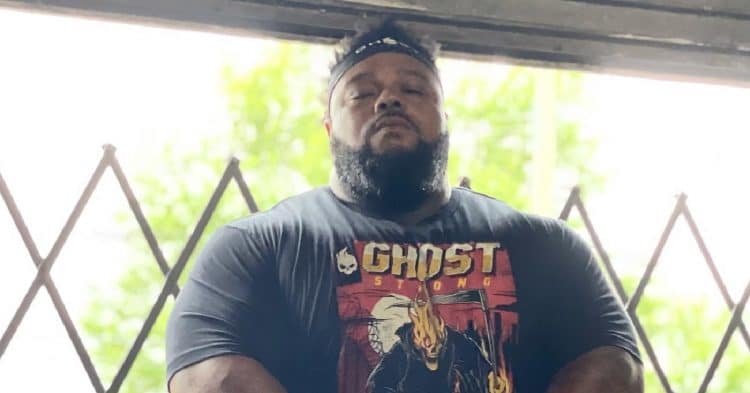 Over the weekend, Julius Maddox has his second failed attempt at an 800lb bench press world record. Following this mishap, he reflected on the meet and assessed where things may have gone wrong.

After a misloading incident disrupted his first attempt at 800lb, fans were excited to see Maddox back on the road to 800, as he made his second attempt at Wrigley Field. While things were not looking great in the lead up after he missed a 790lb bench in training just a few weeks earlier, Julius seemed pumped and ready to make a second run at this historic lift.

In the end though, he came up short yet again, this time without the problems of misloading the bar. Following the event, he posted to Instagram to recap his performance, where he made no excuses for the failed lift, but openly discussed how heartbreaking it was.

“Everything was great. The weather was great leading up to the event. Everything felt well. I’ve not really had any issues besides being a little underweight, but I gained the weight back, that wasn’t an issue,” Maddox said.

“There’s no excuses. I didn’t do what I said I was going to do, and it hurts deeply. When it’s over with and you don’t succeed at that battle… It takes a lot out of you, man.”

Julius Maddox went on to explain that he feels like he is trying to balance too much between building his brand on social media, and training for this bench. He says that moving forward he knows that he needs to put his focus completely into his training, at least for the two months or so that he is prepping, and avoid traveling all over.

From a technical standpoint, Julius has some things to work on too, and he’s already planned out what he needs to do. After feeling the weight he thought for sure he could bench it, but he knows now that he needs to strengthen up some areas of his body, in order to help support the weight and reach his goal.

“I need to make sure I maintain back tightness, building my back, because your back is a launching pad for big bench press. That’s where all your stabilizers are. The more stable you are with the weight, the more fluidly it will move,” Maddox explained.

“Forearms could be a weakness. We noticed that my wrists were kind of gravitating back, bending a bit. Overall, I think it’s just that I need to cut down on travel.”

As far as the next time Julius Maddox will attempt an 800lb bench press, he has not said, but he does believe that the holes in his game can be fixed with a little time and a good training block. With him being expected to go head-to-head with fellow bench press wizard Danial Zamani in January, it would not be surprising if he chose to wait until then to make another attempt.