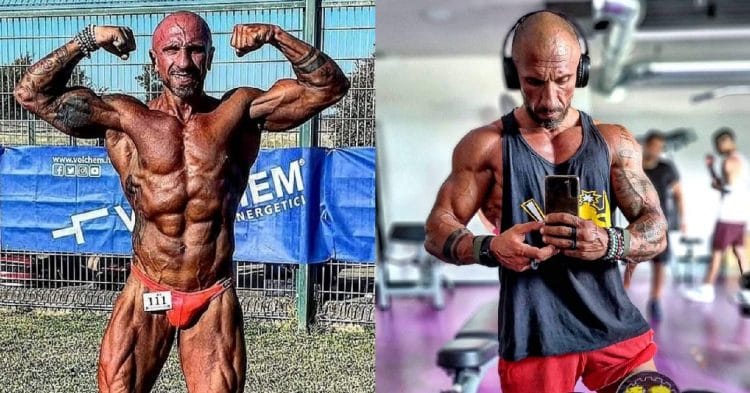 It has been a hard time for the athletes competing in Alicante, Spain, as another athlete has lost their life after the 2021 NPC Worldwide European Championships. This time it came in the form of Orlando Gallucci, who passed away of an apparent heart attack.

Gallucci was a personal trainer and athlete, who had arrived in Alicante from Avellino, Italy, by way of Solofra. He was there to assist his fellow countrymen in competing at the European Championships, a contest that ended with tragedy and controversy.

Unfortunately it appears that Orlando has passed away, with the cause of death being speculated but not confirmed as a heart attack. This occured after he apparently extended his stay in Spain after the contest, and took place just a few hours after his last post to Facebook of a training session.

This is obviously heartbreaking news, as it appears that Orlando Gallucci was a very beloved athlete and trainer in his hometown, working at the Officina 2.0 gym. Following the news of his passing, friends and family alike flooded his social media with messages of mourning, most in utter shock at the fact that this athlete was gone so soon in life.

He was a competitive athlete too, taking the stage himself, as well as helping others prepare for their own competition. While he never had the chance to compete on a big stage, he was a healthy young man and his death took everyone who knew him by surprise.

What makes this concerning is that Gallucci is not the first athlete to die in Alicante, Spain, following the conclusion of a handful of big bodybuilding contests. Women’s Bodybuilding competitor Alena Hatvani-Kosinová notably lost her life ahead of her scheduled competition at the Europa Pro show.

It is said that Alena’s death was caused by the improper use of diuretics, while trying to dry out for competition. While the NPC has been hesitant to speak on these deaths, the passing of the Czech bodybuilder got the attention of Mr. Olympia owner Jake Wood, who expressed his frustration with the fact that she was put into this situation, and has called for changes to be made to judging criteria to prevent athletes from feeling the need to push themselves in this way.

Fitness Volt would like to offer our most sincere condolences to the friends and family of Orlando Gallucci. It is clear that he was a beloved athlete, and he will definitely be missed.