After losing his life while saving two women from drowning, NPC bodybuilder Joshua Crane's family said his lifelong goal was to help people in need. 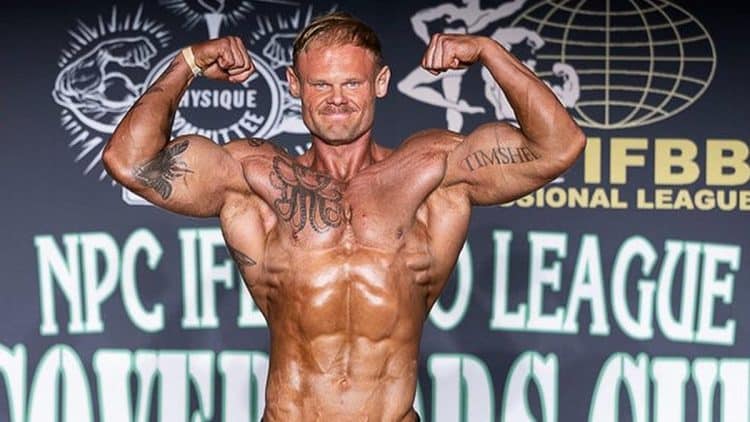 5-year Navy veteran and NPC bodybuilder Josh Crane had a lifelong goal of helping anyone in need. Officials from the Sacramento Metropolitan Fire District revealed on Friday that Crane lost his life while successfully saving two women from drowning in the American River.

“That’s the biggest thing that gets me is that a great life was cut short. I know he touched a lot of lives, and he made a lot of great friends and people along the way,” Jessica said.

In response to the ordeal, the Sacramento Metropolitan Fire District was contacted and specified that a three-person water rescue was expected, however, Joshua sadly never made it out of the river. According to Jessica Crane, Joshua planned a tubing get-together with UC Davis students. While at the river, a couple of students got stuck near the rapids, which prompted an emergency call for help.

After saving two women from drowning in a river, Josh Crane’s family honored his death and reflected on his ultimate sacrifice.

Joshua’s sister revealed he was studying to become a doctor and was expected to graduate next spring. His sister added that one of his only goals in life was to help people. Crane entered the military straight out of high school to pursue his dream. During his Navy tenure, the bodybuilder got the chance to visit Japan and Camp Pendleton, a major west coast base of the United States Marine Corps.

“One day, he cut his hair off and started carrying a backpack with 40 pounds of rocks in it. He’d run every day trying to cut weight and get in shape, so he can join right out of high school when he was 18 years old,” she said.

After earning a degree in biology at Chico State University, Joshua committed to studying internal medicine and pursued higher education at the prominent UC Davis institution.

“He wanted to go into internal medicine, and that was his goal. He lived to serve and help people, and that’s who he is in a nutshell,” Jessica said. “Every minute spent with him was the best smiles and the best time, and he was my best friend, my biggest motivator, my hero… and he proved that in everything that he did”

Jessica Crane will remember her brother for his selflessness and willingness to help anyone in need.

“I always want them to remember that he loved them and he would do anything for them and anybody else in this world…,” Jessica said. “He loved and cared deeply about every every person, if it was a pass in the hallway or if it was a meal plan or a workout or a study session or anything that anybody needed. He was that phone call away. No hesitation, no questions asked he would be there.”

Aside from his service in the military, Joshua Crane was an active bodybuilder. He recently competed at the 2022 NPC Governor’s Cup, where he earned third place.

As of this writing, a GoFundMe page was created to help his family and friends through this difficult time. If you’re interested in contributing, the link can be found here. Josh Crane will be remembered for his heroism in the face of danger.

Fitness Volt extends our deepest condolences to his loving family and friends.