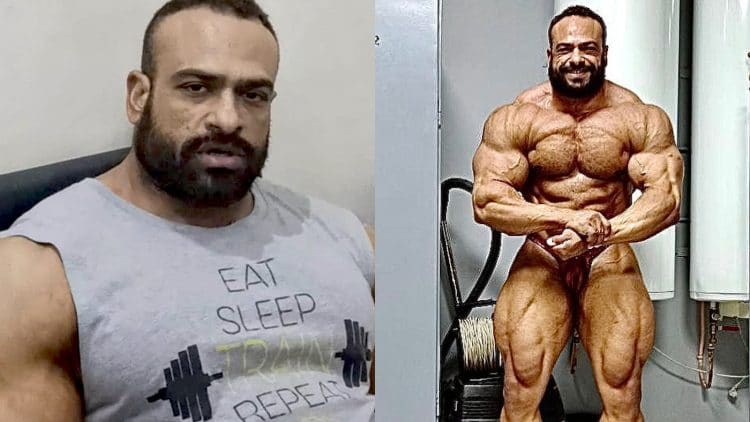 The Egyptian native who competes out of Russia took to Instagram where he explained suffering multiple injuries that will keep him away from the gym and the competition stage for several months.

“Praise be to God and God has decreed what He wills to do! I was in a car accident in Saint Petersburg, Russia! It is difficult to return to training now, because of the injuries that happened to me, and it will also be difficult to participate in tournaments in the coming period. PRAY FOR ME FOR A SPEEDY RECOVERY… IT IS VERY DIFFICULT FOR ME TO RETURN TO THE GYM NOW; ALSO PERFORMANCES AT COMPETITIONS I THINK NOT MORE THAN HALF A YEAR, MANY INJURIES.

“Yesterday i had serious accident by car in saint Petersburg city ; many injury’s in different places in my body ; cant come back to gym ! And i think will can not compete in the next 6 months ! Thanks god that i still a life”

Mohamed El Emam is very fortunate to have walked away from the accident.

The Open competitor stood on many stages this year. His most recent competition was the 2021 KO Pro Egypt on October 31 in Cairo Egypt of which he earned a fourth-place finish. Some other notable shows he’s competed in this year include the California Pro (4th place), Tampa Pro (9th), Texas Pro (6th) and the Arnold Classic Ohio (7th place).

Mohamed El Emam is a known name in the Open division and has had some very respectable placings against a tough lineup of competitors.

We’ve also included his other competitive achievements below.

Fitness Volt wish Mohamed El Emam a speedy recovery and good health so that he can get back to training and competing.