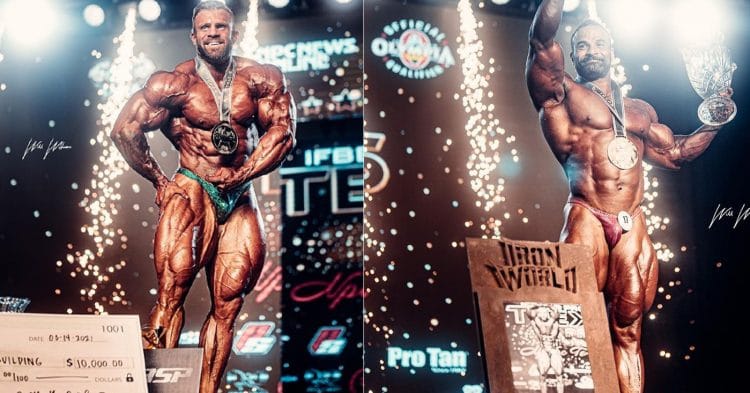 The 2021 IFBB Texas Pro goes from August 13th-14th, in Irvine, Texas. This is the complete results from this massive bodybuilding show, with invitations to the 2021 Mr. Olympia on the line. Iain Valliere wins the Texas Pro show in Men’s Open Bodybuilding.

The Texas Pro is shaping out to be a big contest, and fans are excited to see how it all turns out. This excitement was only amplified after the official competitor list was revealed, showing that there was a ton of elite bodybuilders making the walk this weekend.

The biggest talking point heading into this contest was the fact that Iain Valliere was competing for the second weekend in a row, despite him winning the Tampa Pro last weekend. However, he has shut down these haters by saying citing how bodybuilders used to compete at every show possible, and saying that all athletes should be trying to compete as much as possible.

Of course, Iain did not have an easy path to victory at the 2021 IFBB Texas Pro, as he was forced to face off against the likes of Steve Kuclo. On top of that, Phil Clahar was looking to avenge his second-place score to Iain in Tampa, with a quick turnaround himself.

This contest is broken down into two days of events, with Friday’s competition featuring prejudging and finals for Men’s Physique, Women’s Physique, Classic Physique, and Bikini. Then on Saturday, all eyes are on the Men’s Open and 212 Divisions.

When the dust settles for the 2021 IFBB Texas Pro, a handful of invitations to the 2021 Mr. Olympia would be awarded. Furthermore, upwards of $40,000 in prize money was awarded between the top scorers during the weekend.

Congratulations are in order for all of the winners of the 2021 IFBB Texas Pro.