The 2021 Arnold Classic winner is taking us for a walk in his shoes during the offseason. 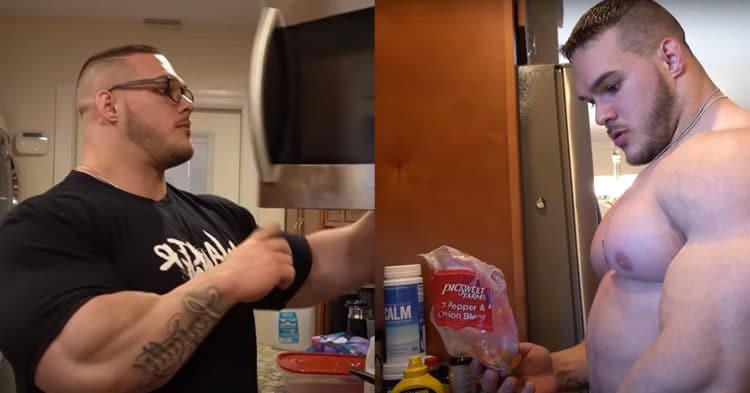 After calling his shot, winning the 2021 Arnold Classic Ohio, rising bodybuilder Nick Walker knows a thing or two about exercising, off season-dieting, and supplements. Having placed 5th at Mr. Olympia, Walker’s name is becoming well known, and now fans have the privilege of seeing how the rising star handles supplementation and ingesting a whopping 4,567 calories in a day.

Walker is already an established name in the bodybuilding scene despite his young age. The 27-year-old  exceeded expectations after winning the 2021 Arnold Classic in emphatic fashion. Since Walker only turned pro just a year prior to competing at the Arnold Classic, the feat was historically impressive. When all was said and done, Walker ran away with $130,000 in 1st place prize money at the 2021 Arnold Classic.

At his first Mr. Olympia competition, Nick Walker did exceedingly well by placing in the top five. Though, with obvious room for improvement, the rising star took to YouTube to share a day in the life of Nick Walker. Specifically, Walker showed off his supplementation and diet regimen while he trains in the offseason.

After releasing a YouTube video on his own channel, Nick Walker peels back the fourth wall and gives the world a taste of what he eats on his offseason diet and how he handles exercise and supplementation.

Outside of competition, it’s clear Nick Walker takes his diet and nutrition seriously. With impressive accolades at such a young age, the discipline and consistency of Walker are hallmarks of a legendary bodybuilder. Early in the morning walker weighed in on the scale and showed he is currently sitting at 280 pounds.

The first part of Nick Walker’s day starts with simply getting up and enjoying some quiet time before he gets the engine running. Shortly after a moment of zen, Nick Walker begins his morning supplementation.

After a hearty breakfast in addition to a few supplements, Nick Walker starts his day and heads out to the gym to get the juices flowing by exercising.

(post-workout meal) Chicken, (Made to Macros meal-prep) and 2 whole eggs

Nick Walker maintains that eating with meal-prep systems has assisted in physique improvements.

Steak (chopped) with jasmine rice, onions, and peppers and another 2 whole eggs

Nick Walker is a big rice eater and believes cream of rice is especially optimal for meals easier to digest. For Walker, the onions and peppers are an important part of flavoring his proteins.

After working out, Nick Walker refuels with some basics. While he maintains the diet can get monotonous, the power behind all of his accomplishments comes from consistency and that extends into the kitchen.

Walker admits that meal five can be the toughest since his last meal was also chicken. The 27-year-old stressed the importance of spices and changing the taste of meals since repetition can sometimes be one’s worst enemy. However, Nick Walker is confident in his process and believes consistency will bring him to the top of his game.

Steaks (Made to Macro meal-prep) onions, peppers, and a (meal-prep) brownie microwaved with almond butter

Before calling it a night, he takes his last set of supplements to help facilitate a healthy night of sleep. Walker takes RAW sleep, magnesium, Pepsin GI, vitamin C, and Glucose all after his last meal.

The type of self-determination Nick Walker displays on a daily basis will no doubt translate to the big stage in due time. At only 27-years-old, Walker is setting himself up for success in future bodybuilding contests. Nick Walker’s daily diet of 4,567 calories may seem like a lot, but the bodybuilder is meticulously calculating his dietary plan to maximize results during the offseason.