The 27-year-old shocked the bodybuilding community with a win at the second most prestigious show on the planet! 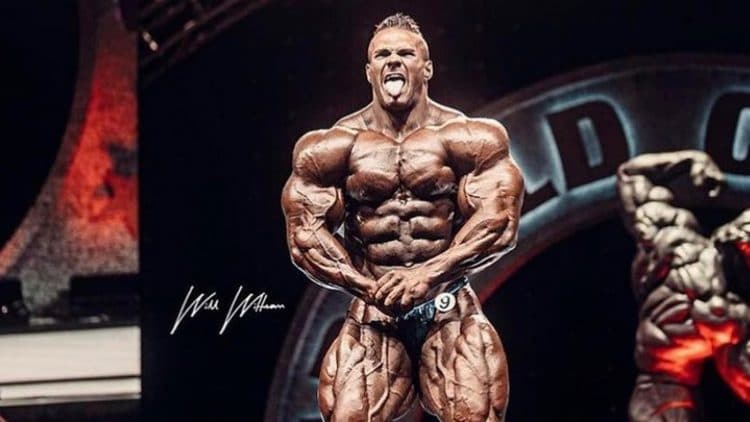 We can’t say it was a surprise that Open Pro bodybuilder Nick Walker won the prestigious Arnold Classic on Saturday, September 25, 2021, in Columbus Ohio. The young 27-year-old competitor only turned Pro last year before winning the 2021 New York Pro and qualifying for the upcoming 2021 Olympia.

“The Mutant” took to Instagram following his victory to acknowledge second and third place finishers Iain Valliere and Steve Kuclo, and Sergio Oliva Jr. who took 6th at the show.

“It was a pleasure standing next to these guys on stage, truly an honer honestly. @stevekuclo came ready to battle and we put on a great show!!!! I have 0 doubts he will coming back better then ever!!!!!”

Although Kuclo took third behind Valliere, many felt he should have been the runner-up. Regardless, he brought it and Walker believes “King Snake” will come back better than ever.

He was also incredibly grateful for the bond he and Valliere shared backstage and the incredible competition on stage.

“@iainvalliere man it was so fucking fun standing next to you on stage and from battling it out on stage to busting jokes back stage and honestly just having a great time. But a true highlight for me was the way you your so supporting of me on and off the stage literally and that meant more to me then you’ll ever know man, yea we go to battle on stage, but off the stage we are best friends man and I truly appreciate you for that. Thank you bro.”

Additionally, he wanted to make sure everyone knew that despite some recent back and forth between the two, he and Sergio Oliva Jr. did not display any animosity toward each other and to much surprise, hit it off well backstage.

“Now so for everyone knows @sergioolivajr was nothing but supportive of me as well, as soon we met at the athletes meeting we instantly hit it off and had some great times backstage and was also very encouraging and I’m truly thankful for that.”

While winning was undoubtedly the highlight of the young athlete’s experience over the weekend, Walker made it clear that there’s nothing like friendships and memories that you get to take away from it all.

“The wins are one thing, but the friendships and memories made behind the scenes are what really matters!!!! Truly thankful for these guys!!!”

A stand-up guy Nick Walker is to make such a selfless post acknowledging his peers despite a massive victory because, at the end of the day, he’s right. Winning is one thing but it’s the people with who you share the experience that makes it all worth it.

He also shared a post expressing how thankful he is to have such supportive parents which we all know is such a huge blessing.

“There’s not much I can say that I haven’t said already, but I couldn’t be anymore thankful to have the parents I have, the support they give me day in and day out, the love they share, is such an incredible feeling. My whole life I wanted to make them more proud then anything, and im accomplishing just that.

I surprised my dad and posed to his favorite song. Safe to say I think he was surprised and enjoyed it!!!!!!

I love you both so much and I couldn’t be more thankful to have you guys.

Nick’s coach Matt Jansen also deserves a lot of praise for preparing him to step on stage with a championship-caliber physique and routine. The newly crowned champ looks at Jansen as more than a coach, like family.

“I wouldn’t want anyone else by side for these moments. Your not just a coach, but family, we take care of eachother, we have each others backs, we support each other, most of all we are always there for each other.”

If you’ve stayed in the loop, you’d know that Walker was coming for the Arnold Classic title, but he’s also confident in a top-five placing at the 2021 Olympia, which is less than two weeks away.

This will obviously be his first Olympia and while we love his self-belief and determination, the competition is fierce at this level.

Can he do it? We think so. But he’ll have to contend with a returning champion in Big Ramy, not to mention a Brandon Curry who wants the crown back, plus William Bonac, Hadi Choopan, and many other hungry monsters in that division.

This was an iconic and well-deserved win and we look forward to seeing Nick Walker brings to the Olympia stage.

Nick Walker has been known to call his shots before entering bodybuilding competitions. As the 2021 Arnold Classic winner, 'The...

IFBB Pro bodybuilder Nick Walker recently dropped an off-season physique update on his Instagram account. Within one year of turning...