Bodybuilder Shane Post has sustained major injuries after being shot over a parking space, "We're praying he's going to make a full recovery," his wife writes. 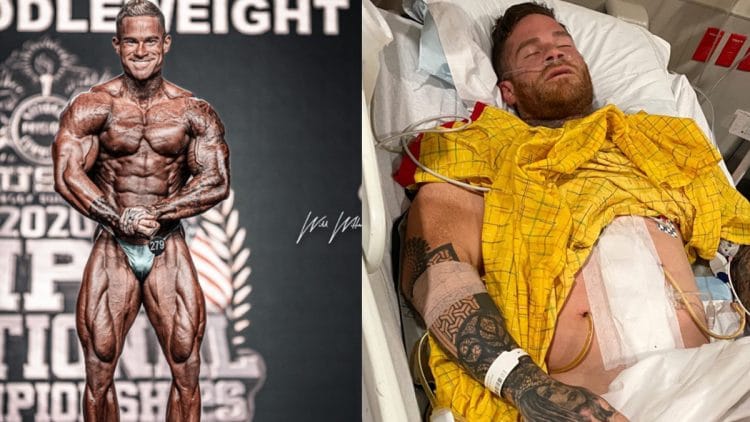 IFBB Pro bodybuilder Shane Post has been shot as a result of an argument stemming over a parking spot on Tuesday, April 19, 2022, in Texas. Waxahachie Police Department confirmed the news and has since arrested the suspect, Nikki Brown.

The incident occurred around 3 P.M. at the 100 block of Kaufman Street, near a set of townhomes. Shane’s wife, Irina Post stated she was waiting for her husband after he got dropped off by a coworker in the gated parking lot. After pulling into the designated parking space, Shane exited the vehicle, then the suspect (Nikki Brown) approached Shane. Shane’s wife Irna was present and explained that Shane walked up to the suspect slowly before Brown drew a concealed weapon and shot the bodybuilder once in the torso. Upon being shot, Shane Post fell to the ground and then got up, struggling to walk away after pleading with Brown to stop shooting.

After the incident took place, officers arrived on the scene and began to administer life-saving measures until an emergency medical response unit arrived to take Shane to the Baylor Scott and White Hospital in Waxahachie. The police department states that Nikki Brown was swiftly taken into custody following the violent crime.

Shane Post Remains in ICU After Being Shot Last Tuesday

Shane is currently being treated in the ICU at the Methodist Dallas hospital where professionals believe he will be residing for at least the next week. He sustained major injuries to his liver, colon, pancreas, and urethra. According to his mother, the bullet cannot be removed because it would be too dangerous.

“I can’t process any of it. He was shot over a parking spot,” said Shane’s mother, Dorothy Post

“The bullet is still in him, and they can’t get it out, it’s too dangerous,” Dorothy Post said.

The family is prepared to undergo months of rehabilitation so that Shane makes a full recovery. A GoFundMe campaign was launched to help Shane’s family and wife pay for his medical bills. If you wish to donate, the link can be found here.

While the suspect, Brown was taken into custody at Ellis County Jail following the altercation, as of Thursday night, he was released on bond and no longer appeared on the jail roster provided to the public. Fortunately, Shane Post is in stable condition as of this writing.

As many of you already know @shane_post_ got shot in front of me, baby Penelope and @rudy_asael on April 19th. He has been in the ICU since then. His surgery was 4 hrs long and his injuries are very severe. As we were told, he got shot at a very bad spot as a lot of major organs are located there. He suffered injuries to his colon, kidneys, liver and duodenum. Shane’s recovery will be slow and will take months. He will never be the same again. It was, undeniably, the worst day of our lives and it will never be forgotten. This tragedy not only caused physical damage but mental as well. I pray we all find peace and be able to live our life normally again in the future 🙏. I am so devastated that the shooter is living and breathing with zero remorse while Shane is in severe pain at the hospital.

I know we will get our justice!!! Most importantly, God is on our side🙏 Thank you God for saving my husband’s life

Thank you Everyone who reached out. Thank you to our amazing friends and family for your indescribable support.

In light of the circumstances, Fitness Volt wishes Shane a speedy recovery and sends positive thoughts to his family and friends. The story is developing, and we will update information as it becomes available.