A complete list of all Classic Physique Olympia champs and revisiting the division's history. 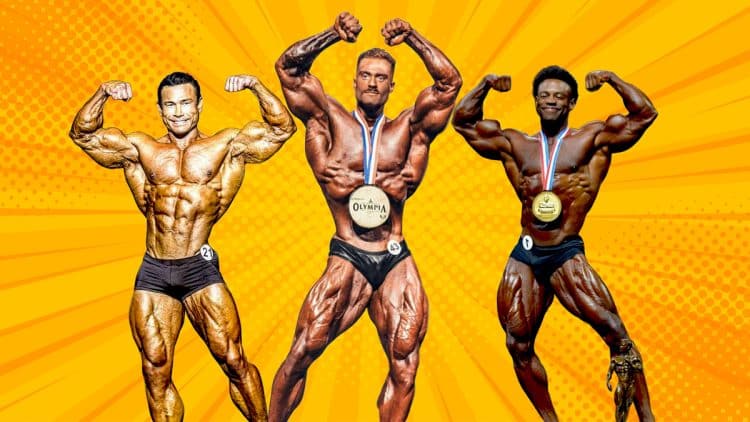 The Classic Physique division has fast become one of the most popular men’s divisions in the IFBB Pro League. It debuted at Joe Weider’s Fitness and Performance Weekend in 2016.

The golden era-inspired division was introduced when the Men’s Open division competitors started receiving flak for being too big. Things escalated when Arnold Schwarzenegger criticized the Mr. Olympia competitors for their bulging guts.

“Classic Physique is for guys who want to take their muscularity and size beyond the limits of Men’s Physique, but not quite to the extremes of Bodybuilding.” — Jim Manion, NPC/IFBB Pro League President

Given below is the list of all Classic Physique Olympia champs since 2016:

Bodybuilding fans had no idea what to expect from the newly-introduced division. However, the Classic Physique competitors were greeted with hysteria as soon as they stepped on the Olympia stage. The balanced physiques, proportions, detail, symmetry, and the black posing trunks were all reminiscent of the golden era of bodybuilding.

The 47-year-old Danny Hester won the inaugural Classic Physique Olympia in 2016 and registered his name in the annals of pro bodybuilding.

Since this was the maiden Classic Physique Olympia contest, athletes brought a variety of packages. While some bodybuilders played the size game, others focused on nailing their symmetry, balance, and conditioning. Hester’s triumph gave everyone a fair idea of what the judges wanted to see in a Classic Physique competitor.

Hester lost his Classic Physique Olympia throne to Breon Ansley at the 2017 Olympia showdown and slipped to the fifth spot. Ansley competed in the 212 division at the 2014 Europa Phoenix and NY Pro.

On the other hand, the upstart Chris Bumstead quickly rose to prominence in the Classic Physique division by winning the 2017 Pittsburgh Pro and Toronto Pro Supershow. The Canadian bodybuilder proved his worth by taking a runner-up finish behind Ansley during his freshman year at the Olympia.

The third-place finisher George Peterson had momentum behind him as he won the 2017 IFBB Tampa Pro and secured a runner-up finish behind Bumstead at the 2017 Pittsburgh Pro.

Notably, the legendary Flex Wheeler had come out of retirement at the 2017 Olympia to compete in the Classic Physique division. He finished 15th.

Ansley became the first bodybuilder to win multiple Classic Physique Olympia titles. He snagged his second win after a closely-contested battle with “CBum” at the 2018 Olympia.

The 2018 Classic Physique Olympia was a repeat of the 2017 Olympia, with Ansley, Bumstead, and Peterson taking the top three spots, respectively.

Bumstead had built a huge following in the lead-up to the 2019 Olympia, making him one of the most popular bodybuilders of the 2010-2020 era. Not only had CBum worked on his social media presence, but his physique had also improved by leaps and bounds.

In 2019, Bumstead unseated Ansley to win his first Classic Physique Olympia title at The Orleans Arena in Las Vegas, NV. Asley slipped to the runner-up place, while Peterson retained his third place.

The 2019 Olympia was a remarkable event as each of the four Men’s divisions got a new champion. Brandon Curry and Kamal Elgargni captured the vacant Olympia thrones in their respective division, while Raymont Edmunds dealt Brandon Hendrickson an upset to win his maiden Olympia title.

After three consecutive third-place finishes, Peterson pulled the curtain on his Classic Physique campaign and switched to the 212 division. “Da Bull” won the 2020 Tampa Pro in the 212 division to qualify for the 212 Olympia, where he again placed third. Sadly, the New York native passed away at the age of 37, days before competing at the 2021 Olympia.

The Olympia Weekend move to Orlando, FL due to COVID-19 restrictions. However, the contest had to be delayed from September to December.

Bumstead isn’t one to rest on his laurels. The Canadian bodybuilder brought an improved package to the 2020 Olympia and matched Ansley’s record by winning his second Classic Physique title.

Ansley dropped to third place, while Ruffin, who abstained from the 2019 Olympia to work on his physique after a humbling ninth-place finish at the 2018 Olympia, seized the runner-up spot.

Experts believe Ansley’s conduct during pre-judging cost him second place. The two-time Classic Physique Olympia champ got physical with other competitors on stage.

The 2021 Olympia moved from December to October, which shaved two months of prep for the competitors. However, it didn’t bother CBum, who pushed harder than ever to bring his best package at the 2021 Olympia to pull off a “three-peat” by winning his third consecutive Classic Physique Olympia title.

Bumstead’s triumph at the 2021 Olympia made him the winningest Classic Physique Olympia champ.

Per the Canadian, he added 10 pounds of muscle in just his back, which helped him take his physique to the next level and shut the door on his challengers.

Ruffin held off Ansley to lock his second consecutive runner-up finish. The 2021 Classic Physique podium finishes were a repeat of the 2020 Olympia results, displaying the vice-like grip the three bodybuilders have on the division.

Notably, the German bodybuilder Urs Kalecinski and Brazilian Ramon Rocha Queiroz occupied the fourth and fifth positions, respectively, at the 2021 Olympia, announcing their arrival in the division. The two newcomers have ruffled many feathers in the division and are considered a threat to CBum’s Olympia throne at the 2022 Olympia.

CBum bulldozered over his competition at the 2022 Olympia to complete a four-peat. Working with renowned coach Hany Rambod, Bumstead brought a bigger and much-improved physique at the 2022 Olympia. The Canadian bodybuilder’s lower body conditioning was unparalleled and set him in a league of his own.

However, the shake-up in the Classic Physique division happened in the second to fifth places. The 2021 O runner-up Ruffin fell to the sixth place, while Ramon Rocha and Kalecinski grabbed the second and third places, respectively.

Mike Sommerfeld, who had finished seventh at the 2021 O, took home a fifth-place finish. Finally, Ansley, who was competing in his final Classic Physique contest, dropped to the fourth spot. The two-time Classic Physique O champ will move to the 212 division in 2023.

Unlike the Men’s Open division which has no height or weight restrictions, the Classic Physique athletes have to abide by a weight limit according to their height. The weight restriction based on the athlete’s height limits the muscle he can put on.

The IFBB’s decision to add the Classic Physique to its roster paid huge dividends as it saw massive athlete participation and fanfare. It attracted competitors who did not want to get as big as the Men’s Open or 212 bodybuilders or jump on stage in board shorts and hit no conventional bodybuilding poses — as is the case with the Men’s Physique division.

Here are the weight classes based on height for the Classic Physique division: