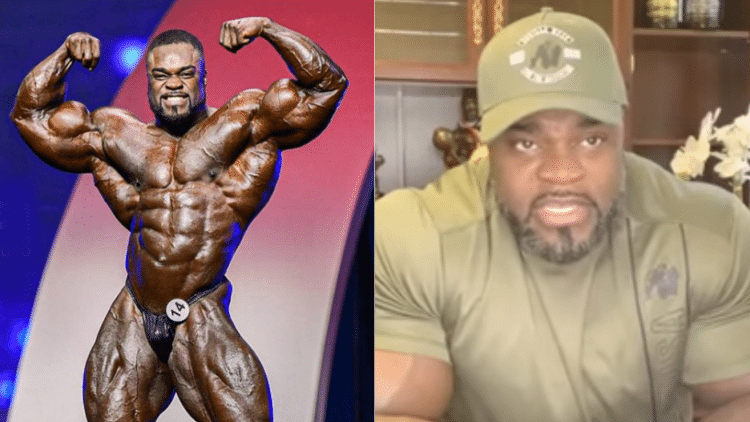 Brandon Curry was able to do enough to win the 2019 Mr. Olympia. However, according to him, he still has a ton of room to grow and get better.

The 2019 Mr. Olympia saw many competitors take the stage, and bring the best package possible. With last year’s champ, Shawn Rhoden, unable to compete, there was room for someone new to take the throne.

That is exactly what Brandon Curry did, by bringing his size and physique, and earning the title of Mr. Olympia.

Following this performance, some people were very critical of the conditioning of Curry. It was the belief that his physique would not have done so well in previous years. Moreover, it is even thought that had Shawn Rhoden been able to compete, things would not have even been close. Especially considering how great he looked, directly after the show.

Nevertheless, few people have been as critical of Brandon Curry, as he has himself. After the backlash he received, he was nothing but respectful and humble. Furthermore, this translated even more in a recent interview with Muscular Development.

Here, he explained that he still has a ton of room to grow.

“Without a challenge, you know, it can make the journey a little lackluster, but I want that.

I need that motivation to continue to come in the best I can.

And the fact of the matter is, I still have room enough to improve upon the package that I brought to the stage.

So we could say if I won this title, and I was at my all time best, that, you know, where do I go from here?

But we know in our minds that I have plenty of room to improve and grow from here, and I think that makes me more dangerous than anyone else that’s going to step on stage.”

Brandon Curry makes a good point. While his performance was enough to win the Olympia title, it was not the best. However, he is still young, and rapidly improving, and has plenty of room to grow.

It will be exciting to see his improvements in 2020.

6 Ways To Boost Your Bench Press