Brandon Curry understands that increasing size is one of the ingredients necessary to defeating the defending Mr. Olympia Big Ramy. 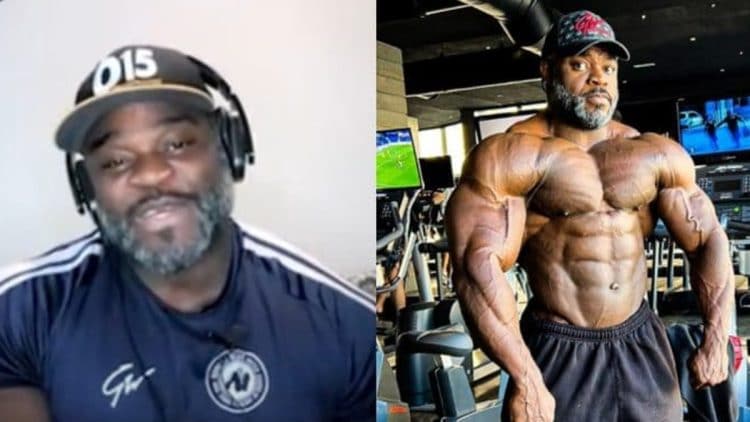 Looking to snap back-to-back runner-up appearances at Mr. Olympia, Brandon Curry is determined to topple the defending champion Mamdouh Elssbiay AKA Big Ramy when the two lock horns this Dec. Speaking with Muscular Development Magazine, the bodybuilder laid out his blueprint for defeating Big Ramy.

Brandon Curry is the 2019 Mr. Olympia and Arnold Classic champion. The bodybuilder intended to defend his title in 2020 but was met with resistance as the towering Big Ramy showed up peeled and won the show. A year later, Curry once again made it to the podium, but Big Ramy’s size was too much to overcome in the finals.

While some criticized Curry’s legs as a weakness in prior years, the Men’s Open competitor has made it a point to shore up his lower body to match the rest of his physique. Curry will be competing at the 2022 Arnold Classic and is the surefire favorite in the eyes of many who follow the sport. Though, a nagging concern for the 2019 Olympia champ is bringing a package to the stage that will defeat the gargantuan competitor.

Brandon Curry will Bring a Heavier Package To 2022 Mr. Olympia

In 2021, Curry brought more muscle mass to the Olympia, but it wasn’t enough to dethrone Ramy. It appears the decorated bodybuilder is taking notes out of his playbook from last year and plans to look fuller at the Olympia show in Dec. Speaking with Muscular Development Magazine, Curry shared his tentative plan for the biggest show of 2022.

“Yeah, that’s exactly what we know. We pretty much did, last year, we brought a fuller package that we’re going to compete against Ramy. Curry said. So, I was substantially heavier than I was the previous year I was on stage, and I can’t remember exactly the details. My coach knows exactly. We just brought it to the stage, it’s a little bit heavy knowing that Ramy was the champ, and you know we had to respect the big man and bring a bigger package.” Brandon Curry said.

After Curry landed in second place at Olympia last year, his coach, Abdullah Alotaibi took issue with the judges who awarded Ramy the victory. According to Alotaibi, the team followed the judge’s instructions from a year prior and still placed in second. Additionally, Alotaibi revealed that he brought Brandon into 2021 Olympia fifteen pounds heavier, though it ultimately did not make the difference.

Judging by some of Curry’s recent physique updates, he already looks bigger, especially his legs. Perhaps the bodybuilder has taken the criticism to heart. Curry intends to accomplish a feat that has never been recorded in bodybuilding history: win the Arnold Classic and Mr. Olympia in the same calendar year on two separate occasions.

RELATED: Brandon Curry on The 2022 Arnold Classic: “I’ve Got The Confidence I’m Going To Win”

With a focus on packing on more muscle mass and size for 2022 Mr. Olympia, Brandon Curry understands the work necessary to repeat his dominant 2019 season. Curry is adamant that if he brings his biggest and most aesthetic package to Olympia, he can defeat Big Ramy and once again be considered the best Open Men’s competitor in the sport.

Concentration Curl: How To, Muscles Worked, and Variations