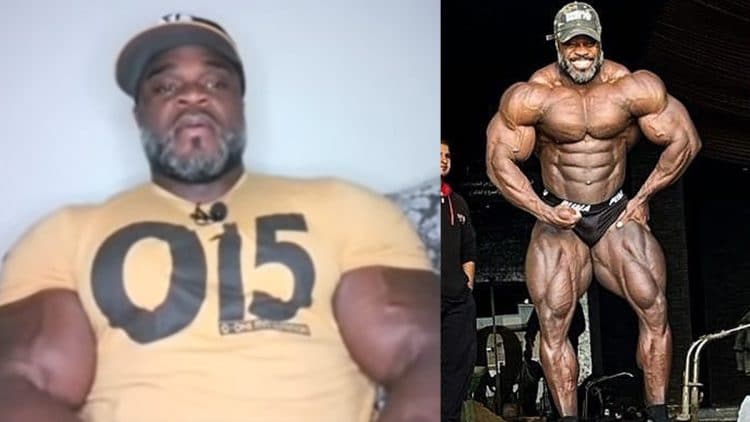 Perennial Open pro competitor and former Mr. Olympia winner Brandon Curry recently sat down with Fouad Abiad for an interview about the 2022 Arnold Classic and other topics. A few weeks out from the Arnold Classic, Curry looks ready to take on every challenge. The 39-year-old finished second behind Mamdouh ‘Big Ramy’ Elssbiay at the 2021 Olympia and is a massive favorite heading into the 2022 Arnold Classic.

During the interview, Curry was asked to share his opinion on his look at the 2021 Olympia. Brandon Curry stated:

“I thought as far as the look goes, it was pretty much the exact look we wanted to present. A bigger, fuller look than the previous year. As far as is it my best… My best is just depending upon what flavour you like. You like me Big and full or you like the 2019 Arnold kind of condition. Just depends upon the kind of look you like.”

Brandon Curry defeated William Bonac at the 2019 Arnold Classic. Many consider that to be the best shape of Curry’s entire bodybuilding career. However, he opined that the 2019 Arnold Classic photos look iconic because the entire setup from lighting to photography was on point. It helped him present the Physique in a very aesthetically appealing manner. Curry feels that his conditioning in 2020 was a lot better than the year before. However, according to him, the stage setup did not do justice to his Physique.

“A lot of people agree that 2019 Arnold was one of the better looks. I go with what everybody agrees with, you know. I’m just trying to bring a better look than that this time,” Brandon Curry added.

The 2022 Arnold Classic has the vibe of typical veterans vs prospects competition. While Brandon Curry and old rival William Bonac are the established veterans of the Open Pro division, the likes of Brett Wilkin, Regan Grimes, Samson Dauda, and others are looking to break into the top echelons.

As of now, Curry and Bonac are the obvious frontrunners for the number one and two spots at the Arnold Classic. However, there is an element of suspicion about William Bonac heading into the event.

While speaking about his own ability to handle the roster, Brandon Curry said:

“I definitely know Bonac wants to… We’re very competitive… So I know he wants to bring his very best to the stage with me. So that’s a no-brainer what he is capable of. What is going on in his camp, I don’t know. I guess he switched with Chad recently… So that’s a whole different scenario.”

“I’m gonna leave it open to being competitive around the board… Of course I’ve got the confidence I’m going to win that’s why I signed up for the show in the first place. But I’m still going in with the idea that I still have to be competitive.”

Brandon Curry started preparing for the Arnold Classic 10 weeks before the competition is scheduled to take place. While it might seem like a short prep, it is not significantly shorter than the time he takes to prepare for Olympia.

The former Mr. Olympia and Arnold Classic winner stated that he has never actually posed alongside most of his competitors at the 2022 Arnold Classic. While Curry definitely has the experience on his side, he acknowledged the fact that he can only truly understand where everyone stands when he actually competes against them.

The 2022 Arnold Classic is a part of the Arnold Sports Festival that will take place from March 3rd to 6th in Columbus, Ohio. A total of ten competitors in the Open Pro division will attempt to win the first major pro show of the year and emerge victoriously. Who do you think will take home the gold?

Courtesy of Fouad Abiad YouTube channel, you can watch the full interview here: