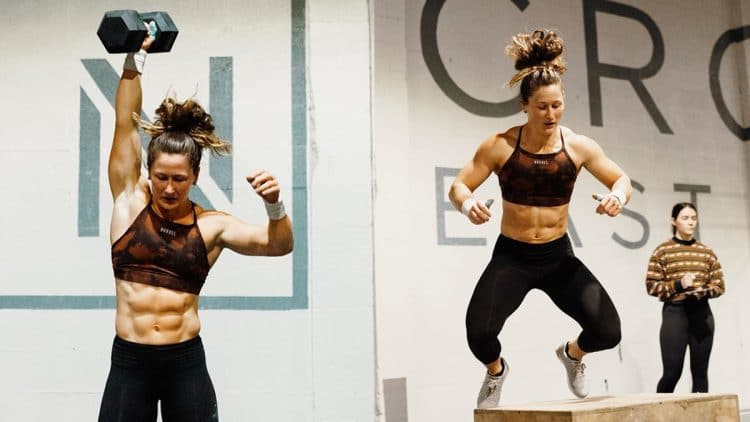 The 5x Fittest Woman On Earth®,Tia-Clair Toomey is one of the central athletes for the 2022 CrossFit Season, as she will attempt to win her sixth CrossFit Games title, which will break the record. Having trained specifically for bobsled in the past six months, Tia-Clair has just recently got back to CrossFit. She hoped to be invited to the Australian team for the 2022 Beijing Olympics but was left out in the end. The switch between the two sports resulted in Tia-Clair carrying some extra weight into the CrossFit Open Workout 22.1.

The CrossFit Open Workout 22.1 started on February 24th, 2022, and the submissions can be sent until 8 p.m EST on February 28th, 2022. Tia-Clair is currently sitting in fifth place, which she shares with Karin Freyová of Slovakia. The workout was a 15-minute AMRAP (As many repetitions as possible), and Tia-Clair Toomey scored 375 reps. The 22.1 Open workout is:

Athletes perform rounds until the 15-minute time cap. The final rep count is also the result.

You can watch her video here:

Tia-Clair Toomey was joined by her training partner and fellow CrossFit competitor, Brooke Wells. Brooke did 12 reps less than Tia-Clair, which currently places her in 18th. Tia-Clair explained that the most important thing is to stay consistent, and not burn out at the start. Brooke added that the box jumps were the hardest for her, as they cover half of the full result.

At the time of writing this article, less than 7 hours are left until the submissions are closed, so Tia-Clair’s 5th place is likely to be intact. This would be a great start for her, but nothing will be fully secured until the remaining two workouts are finished. They are yet to be revealed, but are scheduled for:

Tia-Clair Toomey’s goal for the Open is to qualify for the next stage of competition and try to get better in time for the semifinals and finals of the 2022 CrossFit Games, which is scheduled for August 3-7, 2022, in Madison, Wisconsin. Tia-Clair has won the competition 5 times, and has won most events in the history of CrossFit, but she is hungry for more.

The 17-year-old CrossFit prodigy, Emma Cary, announced on her Instagram that a back injury has forced her to withdraw from...