Hadi Choopan Provides An Update On His Efforts To Get A Visa, Says That He Is Uncertain About Competing At The 2020 Mr. Olympia 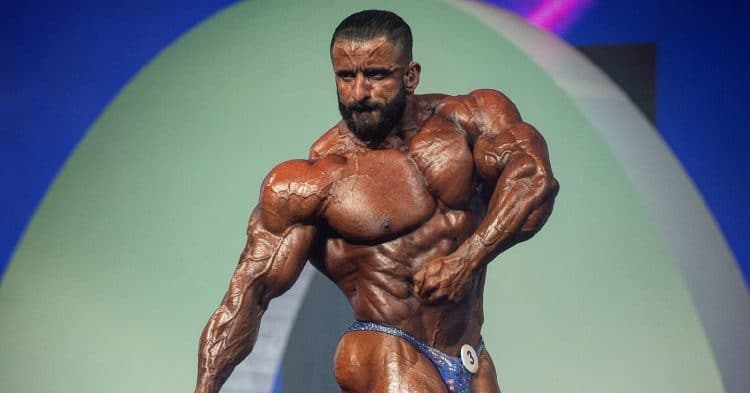 The most difficult problem that Hadi Choopan always faces when it comes to competing in the United States, is getting his Visa. With a little over a month to go until the 2020 Mr. Olympia, he gives an update on this year’s attempts, and things are looking rather grim.

There is no denying the fact that Choopan is one of the most talented and elite bodybuilders in the world today. That is why it is always disappointing to hear that he has such trouble being able to compete in the United States. The Iranian athlete was only able to make his debut in the U.S. last year, at the 2019 Mr. Olympia where he earned the honor of being crowned People’s Champ as well as a third place win. The reason being is a constant struggle for him to get his Visa for the U.S., in order to get into the country.

Although things were being put in place to secure transportation for Hadi Choopan to get to the United States in order to compete at the 2020 Mr. Olympia, there was still a big question about his Visa status, as there always is. If anything though, this year brought even bigger worries, given travel restrictions from the global pandemic. Taking to his Instagram Story, Hadi confirmed these fears to be legitimate, as he explained that he has not been able to get his Visa, and that there is a good chance of it not happening at all.

“⛔ Update regarding my visa status ⛔

I have no new visa till now. I have to do interview with US embassy officers and all the embassies and Consulates are closed except in UAE. But again I have to get UAE visa which seems to be very difficult nowadays. I am not sure whether I can get it in a right time.

Obviously if Choopan is unable to get his Visa, that would be a massive disappointment. As previously stated, he is an incredibly talented bodybuilder, and easily one of the best in the world. So when his presence is missing from the Olympia stage, it makes it hard to definitively say that you proved yourself as the best bodybuilder in the world.

Time is running out for Hadi Choopan to get his U.S. Visa, and things are beginning to look bleak. Although it is important to remember that last year he got the Visa on fairly short notice, so anything can change. Here’s to hoping that we get to see him at the 2020 Mr. Olympia.