Brandon Curry: ‘My Job Is To Make You Forget About’ Phil Heath 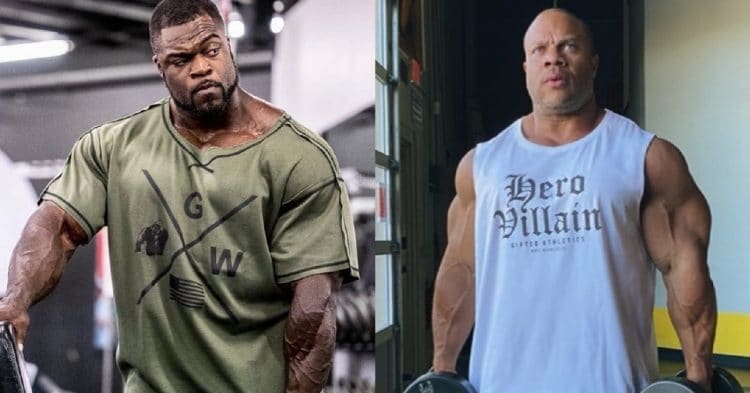 Heading into the 2020 Mr. Olympia, Brandon Curry will be looking to earn his second straight win. However he will have to go through Phil Heath to make that happen.

When Curry won at the 2019 Mr. Olympia, critics argued that he did so with lesser competition. The absence of Phil Heath and Shawn Rhoden made some put an asterisk next to his win, suggesting that he would not have won, had either of those two men been on stage with him. Regardless of this, he has maintained his humble and respectful demeanor.

That being said, Brandon Curry knows that there are some doubters of his skills. That is why he was excited at the opportunity to prove himself, as seven-time Mr. Olympia winner Phil Heath revealed he would be returning to competition, looking for his eighth win. When speaking recently in an interview, Curry addressed this comeback, saying that he was not offended at the fact that Heath was being marketed as a foregone conclusion to win this year, and is hyped to legitimize his place among the elite.

“I’ve been in this sport a long time, so I understand marketing. You can’t market a seven-time Mr. Olympia and not mention the possibility of getting eight. You gotta go with that marketing strategy, and that anticipation for him tying the record. That makes it exciting. That’s no disrespect for me there, that just makes sense. My job is make you forget about that whole campaign.”

Although Brandon Curry is not looking past Phil Heath or anyone else who will compete against him, he can’t help but think of the future. In that respect, he feels that the current landscape in the sport could lead to him having a lot of success. On the other hand, he is unsure if this is something he will want to do consistently.

“In the current state of everything, I think to myself ‘man I could really run away with several of these titles. Then the biggest is will I continue to have that drive, to continue to win title after title, or will I want to do something else? Will I just want to live a regular life again?

“Being on top of the bodybuilding world at this point I don’t see anybody coming up that I feel is a threat to the title right now. Phil is probably the most exciting thing to come to take this title, just because of the things he’s accomplished. I just don’t see beyond that. I don’t see any moves. That doesn’t mean it’s not happening, but it’s not been put in my face, quite honestly.”

As for why he may retire, Curry says that he may lose motivation. He is aware that he can not be on top forever, but he does not want to damage his legacy by sticking around too long.

“You can’t do something forever at the highest level. I don’t want to go out in shame, like I should have been gone a long time ago,” Curry explained. “My map outside of bodybuilding, I think about that more. Like what am I going to do after this is done? So when I feel in my heart of hearts that I’m done with the sport, I want to be able to walk away and not just feel tied to it. I just want to have the freedom to do that.”

Do you think Brandon Curry will be able to beat Phil Heath, and retain his title at the 2020 Mr. Olympia? If so, how long do you think he will continue to compete?

How To Build Muscle And Strength With A Sled

Strongman, Strength Coach And Powerlifter Bud Jeffries Has Passed Away At 48