Speaking in his first interview since the 2020 Mr. Olympia, Brandon Curry reflects on what went wrong for him and promises to return better next year 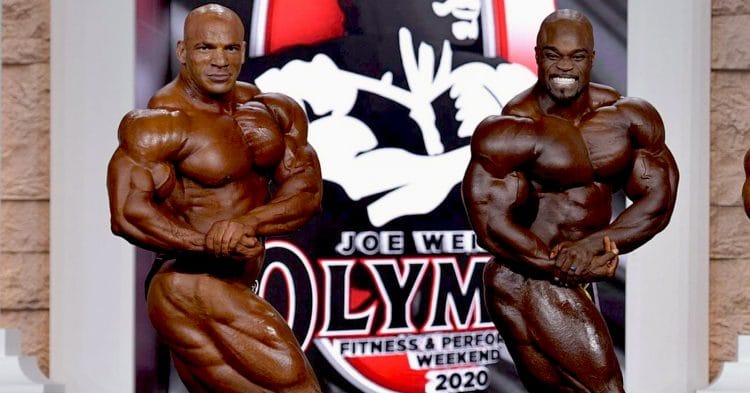 Former Mr. Olympia Brandon Curry looked better than ever at the 2020 Mr. Olympia, but still came up short to Big Ramy. Now he reflects on the contest, addresses where things went wrong, and promises that next year he will return better than before.

Heading into this year’s Olympia, all eyes were on Curry as he looked to retain the title he won in 2019, against returning seven-time champ Phil Heath. That is why it came as a shock during the first day of the contest, when Big Ramy got on stage and looked better than we had ever seen him before. So despite the fact that Brandon looked sharper and more conditioned than his Olympia-winning performance in 2019, it was still not enough for him to get the win over Ramy, even if he did wind up beating Heath. By the end of the contest, he was in second place.

As it turns out, the fans were not the only people who did not expect to see Big Ramy looking as good as he did. Speaking in an interview for the first time since the 2020 Mr. Olympia, Brandon Curry said that he was also taken aback by the package that the Egyptian brought on stage. He has a ton of respect for Ramy, but says that it is always hard to know what to expect from the inconsistent bodybuilder.

“That was the big gameplan all along, just coming in sharp and not worrying about anything else,” Curry explained. “We knew we could stand on stage, and we had enough muscle. We just gotta bring it in shredded and bring it in polished. That’s what we pushed to do, that was just the whole game plan for this year.

We put that in mind, knowing that we would have to complete against one of the conditioning guys himself, Phil Heath of course. So we wanted to make sure we came in and could challenge him with some aesthetics and conditioning because we knew he was going to bring it. We didn’t consider what Big Ramy would bring, because of the inconsistencies there. So that was a surprise. The game plan for next year may be a little bit different.”

Speaking of next year, Brandon Curry already has a bit of an idea of what he will want to do differently next year. He said that he plans on coming back with a vengeance next year, and be prepared to go head-to-head with Ramy again. He thinks that the key will to be bigger next year, while not getting out of hand with the bulking up.

“As far as improving for me, we’re going to look to bring some more size back,” Curry explained. “I think I afforded to push myself down farther than I needed to necessarily, to get in the kind of conditioning that I did because that was the goal. So when we compete against Ramy, we can bring more fullness to the stage.

“Of course, we are going to continue to bring up the lower body,” Curry continued. “Sometimes when you pull it down  that far, you start to lose a little bit of pop on some body parts and that’s pretty much what we saw, pushing down that far. So we’re going to look to bring in more fullness downstairs.”

Brandon Curry also says that he is hoping to bring a different type of package completely, before he even goes into 2021 Olympia prep. It will be interesting to see how many gains he can make between now and then, and to figure out how much he has left in the tank. A lot can happen in a year, but he will definitely have a shot at coming back and regaining his title.