The 2020 Mr. Olympia Big Ramy was already champion based on these photos just days before the show. 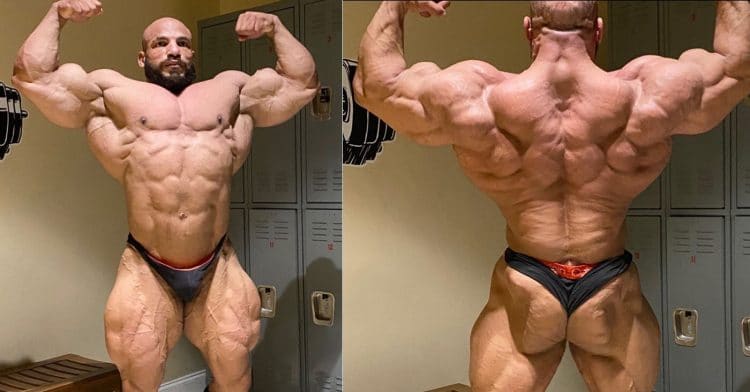 After falling short of expectations for many years, many lost hope that Big Ramy would ever join the 15 other men who’ve held the prestigious Mr. Olympia title. But as crazy as 2020 has been, it’s not surprising that he was added to that list after bringing arguably his best look ever to the stage earlier this month.

Big Ramy was the runner-up to Phil Heath in 2017, but the following year placed 6th, which was very disheartening. So he decided to take 2019 off and came back to compete in the 2020 Arnold Classic where he came in third.

But after testing positive for Covid-19 during his 2020 Europa Pro qualifier prep, it seemed as if another year would go by that the possibility of winning the Olympia faded farther and farther away.

But the Olympia was kind enough to extend him a special invitation, and he was extremely gracious and determined to not let the Olympia and his fans down.

He finally brought the champion-caliber conditioning and the proportions and the win was incredibly well-deserved and a big relief for the Egyptian native.

Ramy even got a “Hero’s welcome” after arriving back home which was amazing to see.

But just because the show is over, it doesn’t mean we can’t still marvel at what an impressive shape he had this year. In fact, his coach Dennis James, former IFBB pro, shared some progress photos of Ramy 6 days out from the show after he landed in Orlando, Fl… and wow!

We know judging how someone will do based on progress photos doesn’t always end well, but you can see so much detail and hardness, and that midsection… it’s hard not to be hyped from those photos alone.

Check out the photos for yourself…

He even caught the attention of the new 212 Olympia champion Shaun Clarida who wrote, “Insane,” and the legendary Milos Sarcev posted “Fantastic“.

We think Big Ramy will be a great champ and ambassador for the sport and we’ll be sure to keep up with him throughout.

The Difference Between Raw and Equipped Lifting

Breon Ansley took to YouTube to discuss his time training at the infamous Oxygen Gym in Kuwait known for pushing...