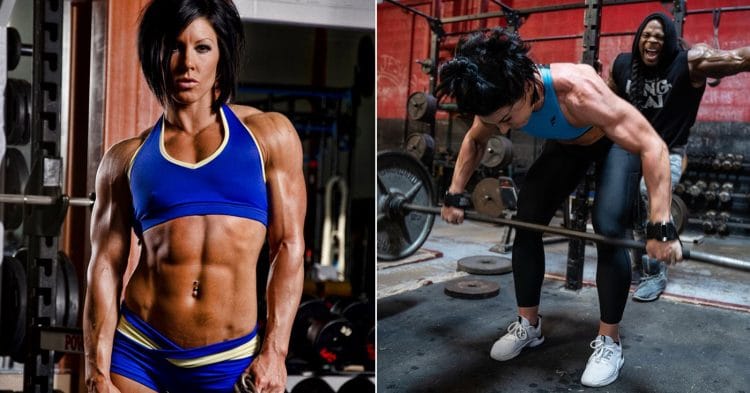 Fan favorite and Women’s Physique pioneer, Dana Linn Bailey has kept busy even in retirement. However it seems that she could be hinting that a comeback could be in the cards for her soon.

It has been six years since the last time Bailey competed as a Physique bodybuilder, walking away from the sport after a second place at the 2015 Arnold Classic. That said, just because she was no longer competing in bodybuilding, does not mean she hasn’t stayed busy.

Between competing on America Ninja Warrior and starting her own online training plan, Dana has maintained quite the focus for fitness. All of that is without mentioning her gym, which was a great place for athletes to train until the global pandemic sadly forced her to shut the doors.

Even with all of this constant hard work, and the fact that she is still in tremendous shape, Dana Linn Bailey has seemingly never given thought to the idea of a comeback. At least, that was the case until recently.

Posting to Instagram, she shared a video of her working with fellow (somewhat retired) bodybuilder Kai Greene, moving around some heavy weight  However it is her caption for the post that has everyone buzzing, and questioning if she could be eyeing a return to the stage sometime soon.

The remark that Bailey makes about her and Greene being comeback kids is definitely in reference to the swirling rumors of Kai’s potential return to the stage. So she easily could be implying that she is also plotting a return to the stage too.

At this point, it is nothing more than hinting and speculation, but if she does look to make a comeback it would be interesting to see. When she was at the top of the sport she was a dominating force of nature, and there seemed to be a lot more for her to offer the stage when she walked away.

The rumors of her comeback are only fueled by what Kai had to say in the full video of their training session. Kai clearly believes that she is in shape for a comeback, and he said as much in the video.

“I think she ain’t foolin’ nobody. I think she got a plan. Somebody said she might be trying to make a comeback.”

Do you want to see Dana Linn Bailey make a comeback to bodybuilding? How would she do against the current crop of Women’s Physique bodybuilders?