Brandon Curry looks ready to regain his title with one month to go until the 2021 Mr. Olympia 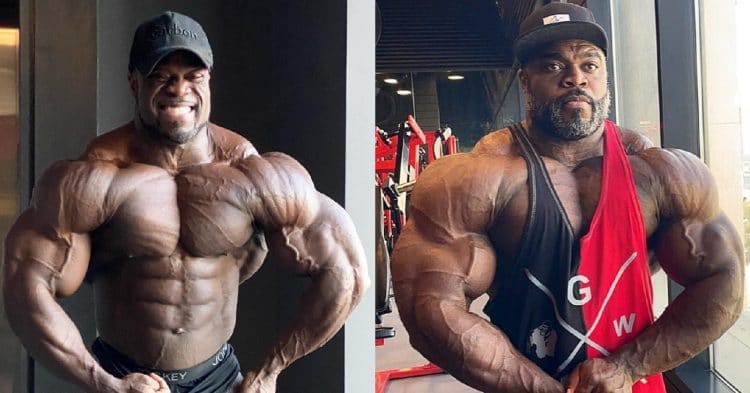 Taking place in Orlando, Florida from October 7th-9th, the 2021 Mr. Olympia is just a month away. 2019 champ Brandon Curry looks primed to regain his title after sharing a crazy looking physique update, about four weeks out.

After winning the 2019 Olympia, Curry had his sights on beating a returning Phil Heath to defend his throne, and somewhat defend the legitimacy of his win, which was done in the absence of the lineal Olympia champ, Shawn Rhoden. This singular focus led to him being somewhat caught off guard by the incredible package brought to life by Big Ramy, who had a nearly flawless performance to take the title from Brandon last year.

So now, heading into the 2021 Olympia, Brandon has refocused his attention on making the changes necessary to hopefully beat Ramy and the rest of competitors, and win back his title. Four weeks out from the contest, he gave a little bit of a preview of this, with a post to his Instagram that shows off his enormous arms, as he enters the height of his prep for the contest.

With a whole month to go before the 2021 Mr. Olympia, there is plenty of room for Brandon Curry to keep improving and growing. However judging from what we see here, keeping in mind the fact that this was not the most clear physique update, he seems to be in great shape as prep becomes more intense.

Although he made it clear that he will not be focusing as much in conditioning this year as he did last year, Brandon looks to have been doing some heavy cardio over the last few weeks. Even just judging this update, compared to what we saw from him a few weeks earlier, makes it clear that he has hard at work in the lab, trying to perfect his overall package.

To be clear, Brandon Curry has his hands full with the likes of Big Ramy and Roelly Winklaar, as well as the younger athletes like Iain Valliere and a debuting Nick Walker. That being said, by the time that he steps on stage this October, he is absolutely going to be in the best shape he possibly can be, and win or lose he is giving his all in this prep.

Flex Wheeler Calls Out Fitness Industry For Being Too ‘Bodybuilder Focused’