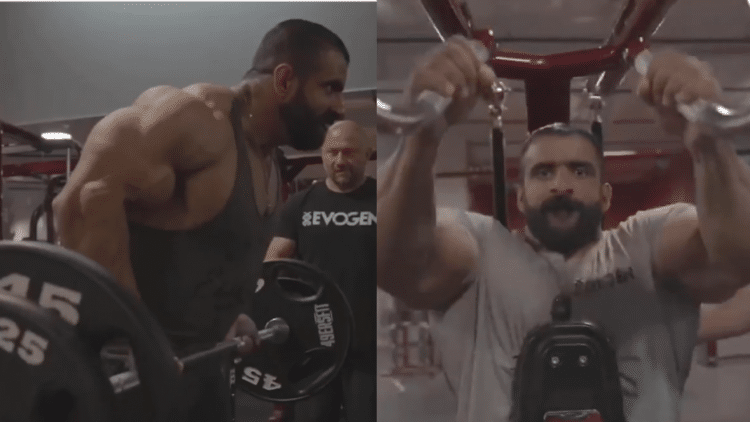 Few people had as big of a showing at the 2019 Mr. Olympia than Hadi Choopan. Now he gives us a look at some of his prep from before the event.

Choopan had been long considered one of the best bodybuilders in the world. However he had not had an opportunity to show just how good he was, as he had never been able to compete in the United States. All of that changed in 2019, though.

At first it seemed like this year would be the same fate for Choopan. Initially, it was reported that he was having visa issues and would not be able to compete at the 2019 Mr. Olympia. Ultimately that would change, and Hadi took to the big stage for the first time, competing in the Open. Moreover, he would live up to the hype, scoring an unbelievable third place.

Following this impressive showing, Hadi Choopan decided to share some of the footage from his prep for the contest. Okay, so technically the footage comes in the form of sponsored Instagram post, for Evogen protein powder. Nevertheless, it is still a great look into what went into Hadi’s incredible routine.

The footage was taken 2 weeks out from the Olympia, showing Choopan doing a lot of hard work. It shows him with elite-level conditioning, striking the balance between bulking up, and cutting down. It was thought after the event, that Hadi has the potential to be a future Mr. Olympia. This footage just gives a reminder about why those thoughts exist.

Hadi Choopan has been flirting between competing in the Open, and 212. As a result, his biggest flaw at the 2019 Mr. Olympia, was his lack of size. If he can commit to the Open, and properly apply himself, it seems like a sure thing that he could win the contest in the years to come.