Former Classic Physique Olympia Champ Breon Ansley shows off his insane physique just over two weeks out, explains what changes he has made this year 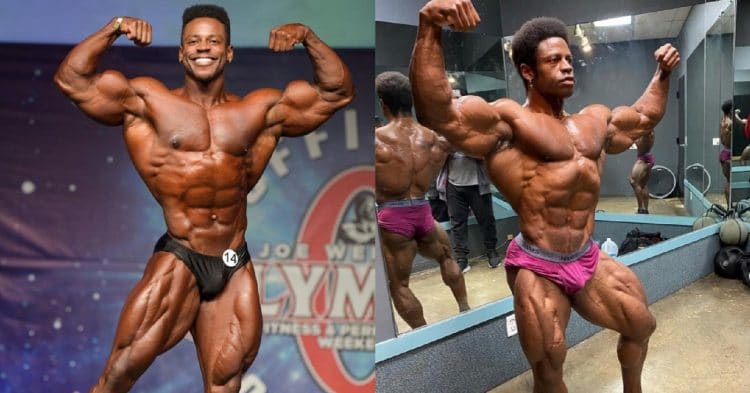 When Breon Ansley dropped his Classic Physique Olympia title to Chris Bumstead, it was by the closest of margins. Now a rejuvenated Breon believes that he has made the necessary changes to allow himself to recapture his throne.

Fans were divided when it was revealed that Bumstead was the 2019 Classic Physique Olympia champ, rather than two-time winner Ansley. The fact that it was such a close contest only helped to fuel this dissent, as it was just a single point that made the difference between who won and who lost. What this essentially equates to is the judges preferring Chris over Breon in one more pose, which is not exactly the biggest difference.

So with that in mind, Breon Ansley has been focused and rededicated to his craft, looking to bring an even more improved physique to the stage this year. Over the last few weeks, we have seen a lot of promising updates out of the former champ, showing how serious he was taking this prep. Now with just over two weeks until the contest, he showed off his physique, and by all accounts he looks to be in a good position to win bank his title.

Breon Ansley Has Made Important Changes

Now to be fair, Breon Ansley was still extremely close to getting his third consecutive Olympia title. So while he did not need to make major changes ahead of the 2020 Olympia, if he wants to beat Chris Bumstead this year he knew he has to make some changes to his physique. Speaking in a recent interview, he explained the changes that he has made to his prep, and the areas of his physique that he has worked to improve in this year’s prep.

“I’ve made some changes to  some areas this time around,” Ansley said. “We’re not going to just be there around the weight limit and just scraping until the last minute, doing cardio two days out, one day out, having these cortisol levels raise super high. We’re going to be around the weight limit two weeks out most definitely, to where we can just coast in and that’s going to allow us to maybe even eat into the weigh-ins, into the prejudging. That’s going to be a whole different look, on top of the 3-6lb of more lean muscle I’ve put on.

How do you see the Classic Physique Olympia will go down this year? Do you think Breon Ansley will make enough changes to reclaim his title, or will Chris Bumstead defend his crown?