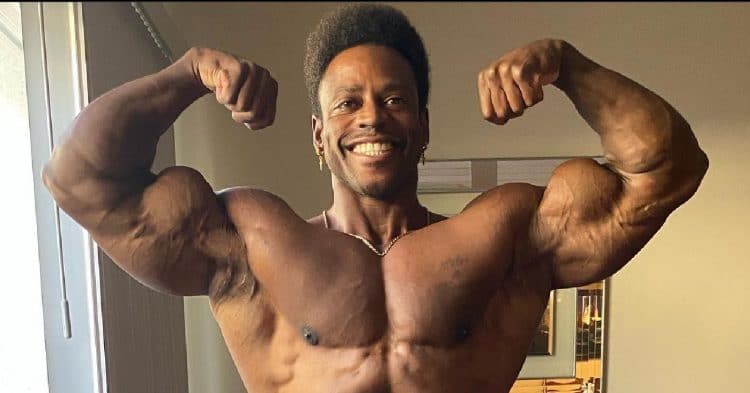 One of the most exciting storylines heading into the 2020 Mr. Olympia is in the Classic Physique division. Former champ Breon Ansley showed recently in a physique update that he is pulling out all the stops and intends in recapturing his throne.

Obviously most of the talk leading into the 2020 Olympia has been about the highly stacked Men’s Open division. However there is also a lot of interest in the Classic Physique division, particularly with the rivalry between current Classic Physique Olympia champ Chris Bumstead, and former champ Breon Ansley. The two have gone back and forth with a largely competitive beef, and they each look to prove that they have the better physique when December comes around and they step on the stage.

With only around six weeks to go until the 2020 Mr. Olympia, prep has begun to dial in with these athletes. Ansley decided to share an update on his physique at this point in his prep, and it is safe to say he looks incredible. Taking to his Instagram, he shared a couple of posing pics, giving a solid look at his upper body and thighs.

“Pshhhhh I’ll give you guys same day right at the moment shape anyday!! 😉♠️🦢 this is this morning after breakfast at 195.8 lbs”

Things seem to be coming together really well for Ansley at this point in his prep. As he alluded to in the post, this is him at a bodyweight of 195.8lb, which is not terribly far from the weight limit for his height in Classic Physique. Yet he already seems lean and cut pretty well, with his thighs looking super shredded. There is still some work to do, but he is definetly on the right track.

The extent of how good this update looks is only understood fully when you take a look at some of the work that Breon Ansley has been doing in the gym as of late. He is clearly taking his training seriously and has been moving around some heavy weight to make it happen. Just take a look at this training session from a couple of days earlier to see how hard he is pushing himself.

“Who woke up this morning and gave themselves a “Let’s Go Champ”? It works fam🥇Let’s Go Champs🏆 & here are some movements for lats last night! ♠️🦢 “

While there are plenty of exciting talent in Classic Physique, this year’s Olympia clearly comes down to Breon Ansley and Chris Bumstead. Chris argues that his physique is what the judging criteria is shifting to in the division, while Breon points to some of Chris’s lacking body parts. It will be fascinating to see who ends up on top at the end of the year.