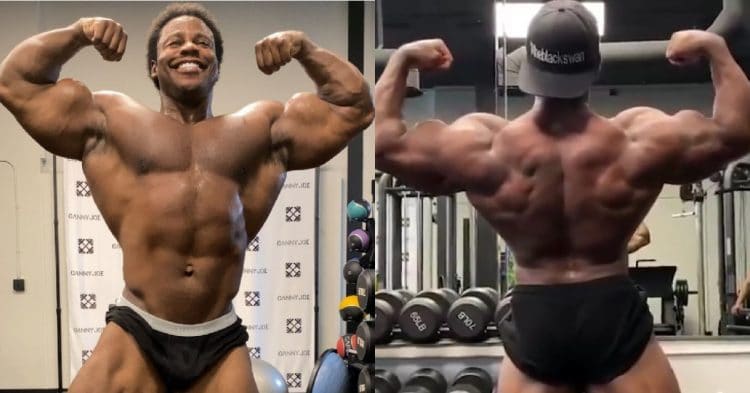 Breon Ansley is one of the best Classic Physique bodybuilders in the world today. However, some recent updates on his physique have fans blown away by how much bigger he has gotten during his off-season.

The bodybuilding community was in complete shock when it was revealed that Chris Bumstead managed to best Breon to win the 2019 Classic Physique Olympia. Although Chris looked great on the stage, many people felt Ansley had a better package. Nevertheless, it was Bumstead who would win, stopping Ansley from scoring his fourth consecutive victory at the big show.

Following this disappointing setback, Breon Ansley has been hitting the gym big time. He recently shared an update with his fans on Instagram, showing off his physique. It is quite evident that he has been packing on the muscle because he looks absolutely massive.

“Checks & SMILE balances!!😁 No matter how heavy we get Athleticism & Flexibility will always be a priority! 222lbs ♠️🦢”

With him weighing 222lb during this update, it has people wondering if Ansley might try to make the move to 212. In fact, a fan asked him in the comments of the post if that was an idea he had. However, he was quick to reveal that he planned on staying at Classic Physique.

It isn’t just the front of Breon that has us in awe of his physique. He also shared another video recently of him doing some back poses, and it was equally as impressive. It goes to show that, even if he did compete with the bigger boys, he would still bring a well-rounded package to the stage.

Breon Ansley suffered a disappointing 2019, not being able to get the win at the Olympia, in spite of what some of the fans thought. Regardless he seems to be working hard, and will be ready to come back in 2020 with a vengeance.