Life and Accomplishments of Breon Ansley 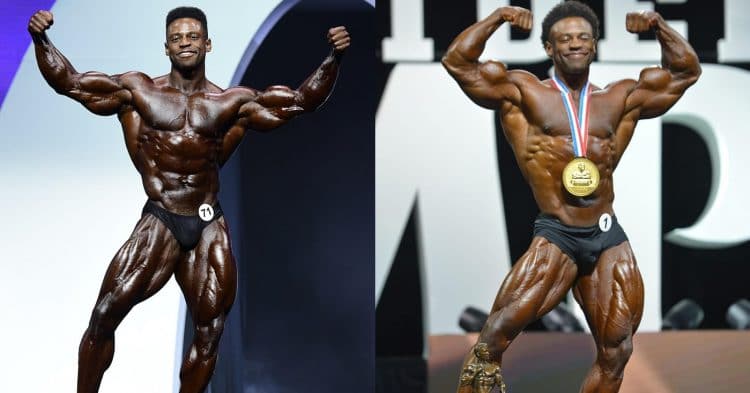 Breon Ansley is a Classic Physique competitor, and Olympia winner. This is his background, diet, training regimen, competition history, and more. 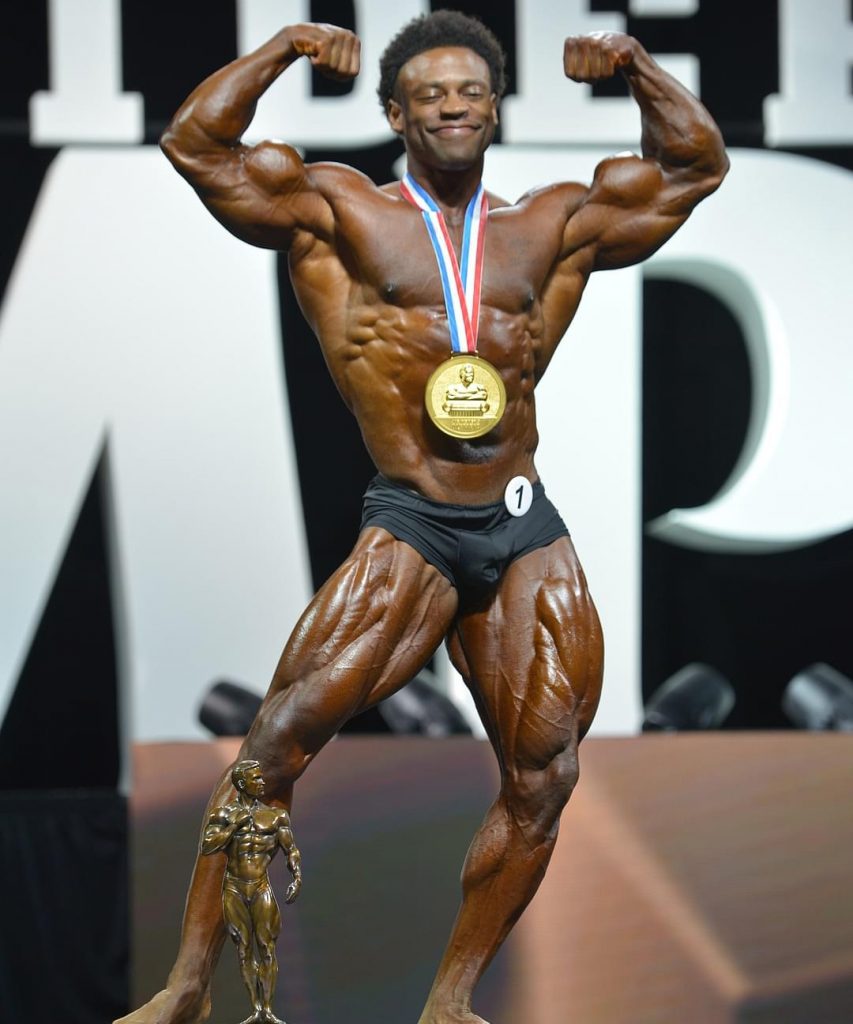 Breon Ansley is an IFBB Pro Bodybuilder, out of Rowland Heights, California, competing primarily in the Men’s Classic Physique division. He grew up very athletic, competing in multiple sports throughout his youth. Despite doing well in things like tennis and swimming, his biggest passion was football. In fact, it was his position as a defensive end that would earn him a scholarship to attend Iowa State.

Unfortunately, Ansley would suffer a setback, when he was forced to stop football due to an injury. So Ansley would move back home, and take up acting. His credits include appearing in commercials for big brands like Samsung, McDonald’s, and Mountain Dew. 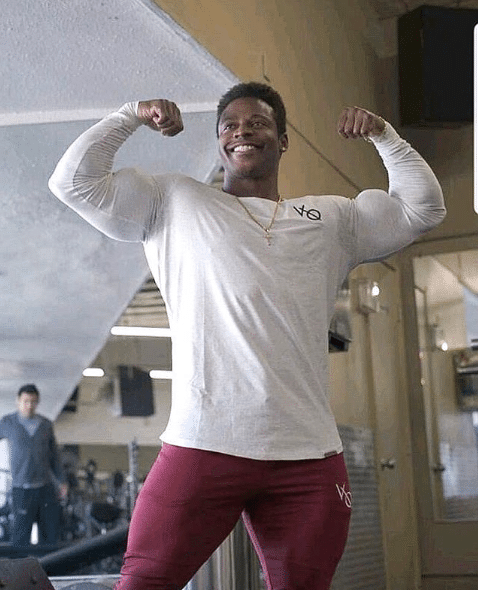 However, just because he was no longer competing in sports, Ansley did not get out of shape. In fact, he would use this knowledge of fitness to make a turn into a career as a personal trainer. Subsequently, it was this shift to personal training which would introduce Breon Ansley to the world of bodybuilding.

Ansley found a passion for helping people with their own fitness, and in turn, maintained his own conditioning. The knowledge he gained through schooling helped him get a better understanding of the way muscles works. This assisted Breon in being able to get a great physique while helping his clients. In the course of doing this, he was told by his friends that he had a good enough appearance for bodybuilding competitions, so he decided to give it a try. 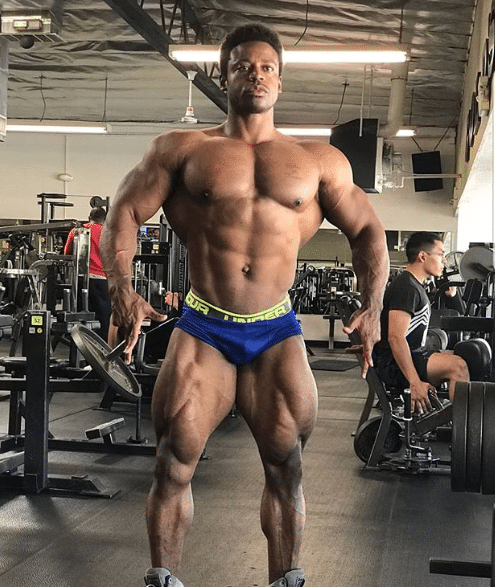 Breon Ansley took part in his first amateur bodybuilding competition in 2012, where he won first place in the NPC Los Angeles Championships. In the same year, he would also compete in the NPC Titans Grand Prix Championships, earning second place.

Following this early success, Ansley decided to turn his attention towards getting his Pro Card. Initially, when he first started competing, Ansley was in the light heavyweight division but dropped to middleweight. After that, he would attend the 2013 NPC USA Championships, earning an impressive first place. This would earn him his Pro Card, paving the way for his career as a professional bodybuilder. 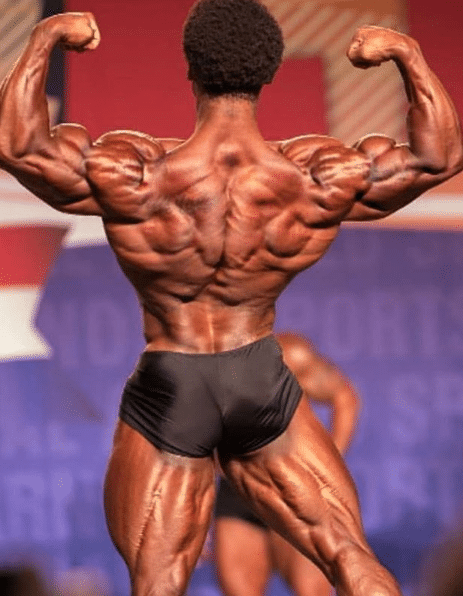 After having a good run as an amateur, Ansley was now able to compete in pro competitions, earning a name in the bodybuilding world. Unfortunately, his pro career would not have as smooth of a start as his amateur. His first event was the 2014 IFBB New York Pro moving from middleweight to the 212 Division Unfortunately, Ansley would score a less than ideal 16th place. He would then follow that up with a disappointing 15th place at the 2014 Europa Phoenix Pro.

At this point, Breon Ansley realized he was going to rethink some things in his approach to bodybuilding. He would take a whole year off in 2015, using the time to reassess his training and nutrition. These adjustments would leave to massive improvements in his appearance.

Subsequently, Ansley would make the switch to Men’s Classic Physique competition, appearing at the 2016 Prestige Crystal Cup. Here, he would earn an impressive first-place victory, showing the bodybuilding community that he had made some big improvements. This massive victory would be followed by a showing at the 2016 Mr. Olympia, Ansley’s first appearance at the big show. He would get a very respectable 4th place in the Men’s Classic Physique competition.

Ansley would take things to the next level in 2017, earning another first-place victory at the New York Pro. However, it was after this that he would experience a career-high when he earned first at the 2017 Mr. Olympia in Classic Physique. Moreover, 2018 would see this streak continued, as he would establish his dominance by earning first at the Arnold Classic.  After this showing, he would defend his title at the 2018 Mr. Olympia, earning yet another first place. In 2019 Olympia he placed second however in 2020 and in 2021 Mr. Olympia Breon scored a third placing. 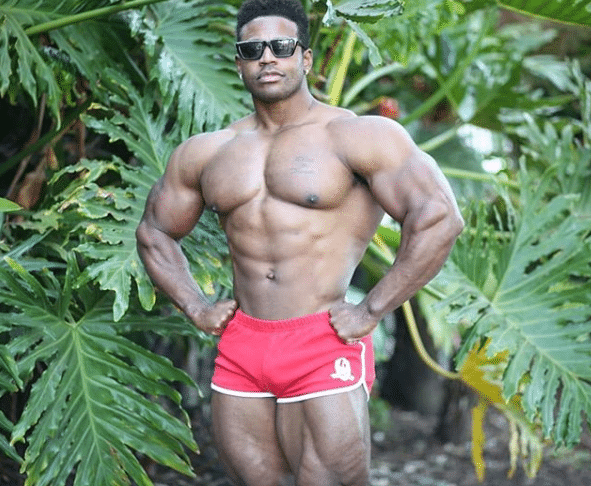 Breon Ansley tends to focus on having a well-balanced workout routine. He splits his weeks between his back, chest, legs, and shoulders, to make sure he maintains his physique. Breon trains with a high volume, heavyweight approach. Subsequently, he puts a high focus on recovery time, as it is needed to avoid overtraining at a pace like that.

A big aspect of Ansley’s training is his mindset. He has been known to meditate every morning, to give him focus and put him in a mindset for success. Additionally, he stands firm in the belief that his head rules his body, so in order for his body to get the most out of workouts, his head must be in the right place.

Ansley particularly likes working his back, which was originally his weakest muscle group. However, through the proper focus and determination, he overcame this weakness. Additionally, he likes to change up his training regimen leading up to a competition. He will pick up the pace on his exercises, and broaden what he trains in each session. He believes this leads to a better physique when it comes time to hit the stage. 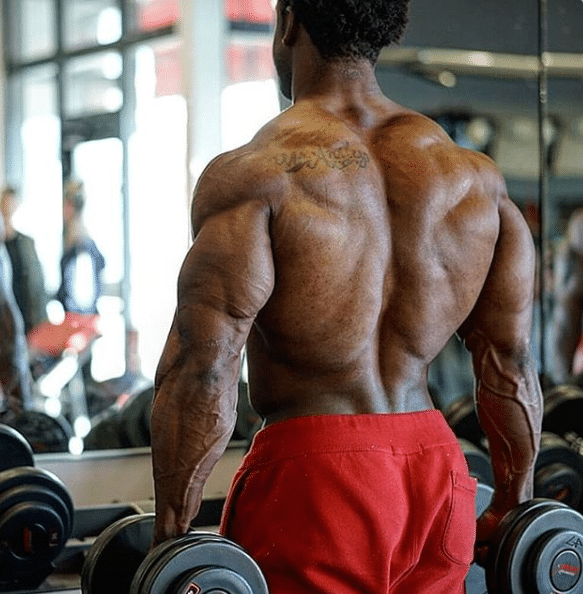 Breon Ansley was able to use his knowledge from schooling, along with additional research to find a diet plan that worked best for him. His diet consists of a lot of protein, which gets from various sources. His typical source for meat in his meals comes from lean animals like turkey or chicken. However, he also enjoys fish like cod, tuna, and salmon.

In addition to the high protein, Ansley likes to enjoy carbs from brown rice. He is rather strict on his diet while in competition, staying focused on his physique. Although he admits to enjoying cheat meals in his off time. When it comes to those days, he will eat some delicious delicacies such as pizza and cheesecake.

Ansley attributes most of his success to his friends and family, who have been enormously supportive of his career. Additionally, he looks up to Mr. Olympia champion Shawn Rhoden, saying he feels they have similar frames. He uses that as motivation to reach similar levels of success.

Breon Ansley is a prime example of what focus and drive can help you achieve. He was able to earn success quickly in bodybuilding. On the other hand, when things got tough for his career, he adjusted. Ansley came back better than ever, demonstrating how far hard work can get you.