Regan Grimes opens up about the brutal nature of training at Oxygen Gym, in Kuwait 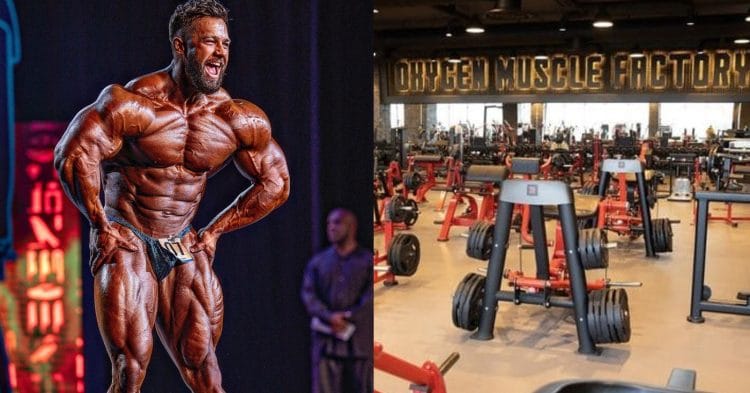 Bodybuilders from around the world come out to train in Kuwait, at the Oxygen Gym. Regan Grimes did this early on in his career, but he did not have the best time.

In the early days of his bodybuilding career, Grimes wanted to push himself to the limits, and turn into an elite level competition. So in order to do that, he decided to fly out to Kuwait, and trying with the best in the world, at the highly renowned Oxygen Gym.

However, as he explained in a recent interview, things did not exactly work out for him, like it does for some. He explained that he was extremely well looked after, having people load weights for him and everything, but he ended up gaining almost 40lb in a few short weeks, having trouble keeping up with the intensity of the training.

“I was there, honestly for a total of six, seven weeks. I did put on, oh man, I think I went out there like 260, and I had almost hit 300lb. Like, it was fast, fast… I felt awful. I felt horrible. It was just overly aggressive in every aspect. I mean, we were training twice some days. Literally, I would be in my bed with meals around me, like I was eating nonstop around the clock,” Grimes said.

“Abdullah (Alotaibi) would be like ‘See ya downstairs at 12 o’clock,’ and then we would get started. Two guys would load the plates up and the weights, and he would be guiding. It was quite the system, it was crazy.”

Regan Grimes Had To Lie To Leave

Regan Grimes went on to explain that his partner had joined him in Kuwait and that she was supposed to stay the whole time. However, the combination of the conservative environment towards women in Kuwait, and the intensity of the training Regan was under, she left after just a few days.

This, as well as the exhaustive nature of the training led to him making the decision to leave Kuwait after about a month and a half. That said, they did not exactly want him to leave, and he was left in a position where he had to lie about why he was going home so that he did not get pressured to stay.

“I had my significant other come up with me too. She was supposed to stay for two weeks, but she only stayed for three days and flew back home. It was just horrible for her… There was definitely a pull of wanting me to come home, from her as well, but also it was my decision at the end of the day. I just didn’t feel like pushing that hard, that early in my prep, was necessary. I felt something was wrong deep down, and I was like, I’m gonna head home, and that’s the bottom line,” Grimes said.

Regan Grimes is not the only one to point out some concerning behaviors about Oxygen Gym, but there are proven results of the methods in play. The fact of the matter is, not every method of training works for everyone.