In a recent YouTube video, Brett took his fans over his chest and shoulders building secrets. 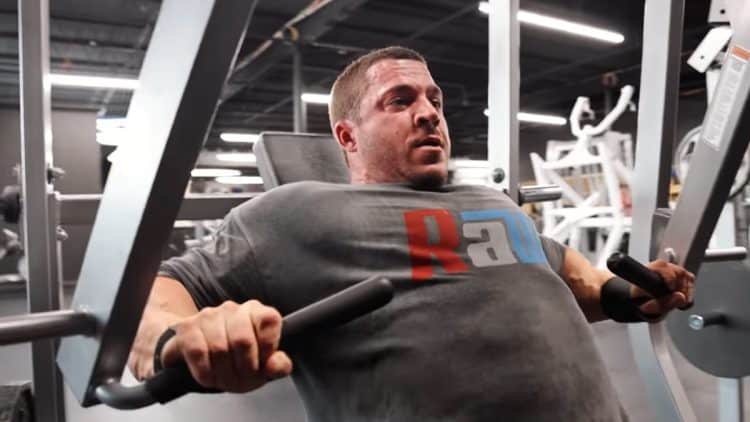 Brett Wilkin is quickly establishing himself as a household name in the pro-bodybuilding scene. Wilkin achieved his Pro card in the Classic Physique division in 2018, but switched to the 212 division in 2019.

Wilkin stepped on stage as a 212 competitor at the 2019 Puerto Rico Pro and Toronto Pro, finishing 10th and sixth, respectively. After the humbling finishes in the 212 division, the bodybuilder took a two-year hiatus from the competitive circuit and surprised fans by announcing his move to the open division.

During the 2021 Chicago Pro, he made a successful open division debut, scoring a second-place finish.

Wilkin, who finished sixth at the 2022 Arnold Classic, is yet to qualify for the 2022 Olympia. However, it’s unclear which pro-show he plans to compete in next to earn a direct qualification for the Olympia.

A direct qualification appears to be the only way Wilkin could take bodybuilding’s biggest stage in December 2022. He doesn’t have enough points to qualify through points as per the Olympia qualification system.

Related: Breaking Down How The 2022 Olympia Weekend Qualification System Works

Brett Wilkin took to his YouTube channel to share his full chest and shoulder workout. Even though it’s a push day for him, he decided to eliminate triceps from this routine.

Here are the exercises ‘The Butcher’ did in this workout:

Originally, Wilkin wanted to do cable flyes for the warm-up but settled for pec deck flyes as the cable pulley machine was pre-occupied.

“Picture that you have a dot on the inside of each of your forearms and try to bring them together.”

Per the bodybuilder, he attains the most activation and contraction in his pectoral muscles by using the above method.

Coming back to his workout, Wilkin worked approximately 12 to 15 reps on each side, rested for 15 seconds, and finished with as many reps possible with double-arm pec dec flyes.

The incline prime press was Wilkin’s first exercise in his chest routine. He used the progressive overload technique for this exercise, which involves increasing weight with every set, while maintaining a proper form.

“You can only truly do progressive overload if your form, your intensity are exactly the same always. You got to come into your session, set up the exact same intensity, so you know if you’re actually progressing.”

The bodybuilder finished this exercise with a back offset as well.

His next compound movement was a decline press. However, he adjusts the seat low, enabling him to focus on the overall chest while maintaining a full range of motion (ROM).

He reiterates that you should not feel too much tension on your shoulder while performing the exercise, and the entire movement should focus on the pecs. Therefore, you should drop the elbows and shoulders and focus on using the chest.

Next, Brett moved to his shoulder routine. Even though the gym had machines, he chose to do seated dumbbell side raises, but not without a reason.

He explained that dumbbells are the way to go if anyone wants to go “old school”. Additionally, he prefers seated dumbbell side raises since it takes the legs out of the movement.

“The purpose of that is to go past failure,” Brett explained. “I’m going to do like 10 reps, I’ll probably get 10 on my own, and she comes in and just helps. All it takes is just a little [push] right below the elbow to kind of help raise them.”

The bodybuilder prefers this technique as it pushes his muscles beyond failure, which is where growth happens.

He finished the seated dumbbell side lateral raises with a back offset with a twist. Instead of continuously doing light-weight reps, he held side raises for two seconds at the top of the motion before lowering the weight.

His next exercise in the shoulder routine is the standing machine side lateral raise. For this exercise, he focused on doing a couple of sets using a method he called “running the pin.”

The idea of the technique is to do 10 reps with a certain weight, choose a different weight and do 10 more reps. The pin can run lower or higher, but each set should consist of 10 reps. Overall, he did five sets of 10 reps each.

Brett Wilkin ended the chest and shoulder workout with a “blood starving set” for his pectoral muscles.

“That’s where you keep your arms above your head so let either your arms, legs, whatever you’re training; to let the blood flow out of it and then it makes the rest of the set harder.”

Wilkin did an incline barbell press with 135 pounds. He did seven sets of 10 reps each and held his hands above his chest/head for 15 seconds after every set.

Check out Wilkin’s chest and shoulder workout below:

Since Wilkin is not yet qualified for the 2022 Olympia, scheduled for December 15-18, 2022, in Las Vegas, NV, he is hard at work and prepping to earn a direct qualification by winning a show.