No Result
View All Result
2022 Mr. Olympia
Fact Checked
Fact Checked
This article was written by one of our qualified writers, and fact-checked by our experts. The numbers in parentheses (e.g. 1, 2, 3, etc.) throughout the article, are reference links to peer-reviewed studies.
Our team of experts include a board-certified physician, nutritionists, dietitians, certified personal trainers, strength training experts, and exercise specialists.
Read Our Editorial Process

Athletes can either win pro shows, rank high at the Olympia weekend, or rack up points to get a chance of competing at bodybuilding's biggest stage. 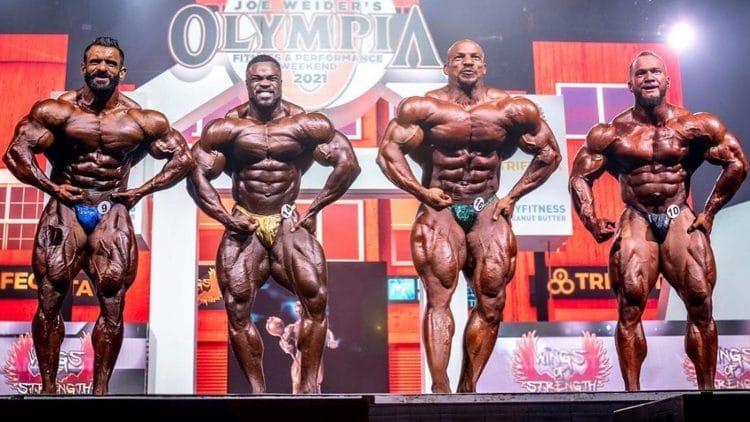 2021 Olympia was one of the most exciting Olympia weekends of all time. The contest featured a new press conference structure, never seen before divisions, and we witnessed new champions being crowned and reigning champs defending their thrones. IFBB, NPC, and the new Olympia owner, Jake Wood, put on one heck of a show. We cannot wait to see what they have planned for the 2022 Olympia weekend.

Every year, the IFBB Pro League, along with Joe Weider’s Olympia Fitness & Performance Weekend, releases a new Olympia Qualification System (OQS) that lays down the process of how a bodybuilding or physique competitor can qualify to compete at the Olympia weekend.

The qualification guidelines for the 2022 Olympia are out, and they are a lot simpler than the previous years.

The latest OQS’s qualification period starts on September 13, 2021, and ends on November 20, 2022. Meaning, the OQS will apply to all pro shows taking place during that period.

You might feel like 2022 Mr. Olympia is way too far away, but in reality, athletes have already started to qualify for the big show. And we know you do not want to feel like an outsider watching new faces on the Olympia stage. So, sit tight and read on.

1. Winners of a Division Automatically Qualify

For example, although Phil Heath has not competed at Mr. O since 2020 (3rd place finish), he is entitled to an entry in any year of his liking. The seven Sandow trophies come with some perks, for sure.

On the other hand, if an Olympia champ wants to compete in a different division, they must go through the same qualification process as the other athletes without an Olympia title under their belt.

Example: Shaun Clarida, 2020 212 Olympia champ, has expressed interest in competing in the Men’s Open division. Although he has a lifetime qualification for the 212 division, he needs to undergo the qualification process for the open division from scratch.

Related: Shaun Clarida Gunning For Both Open And 212 Olympia Titles In 2022 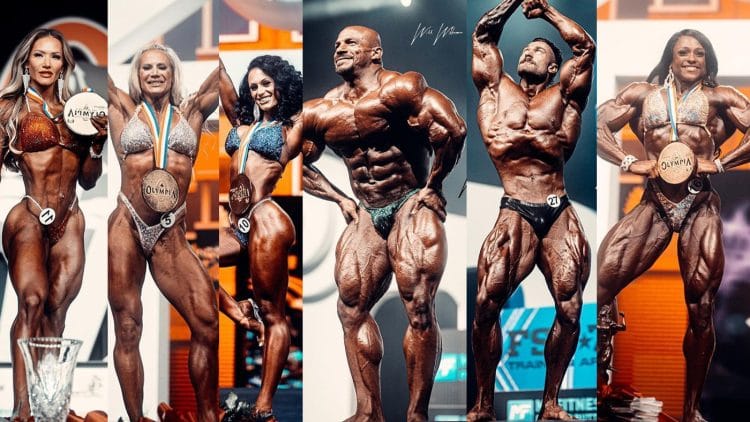 The Men’s Open division has been the ultimate crowd-puller for the Olympia weekend since time immemorial, and hence the open division athletes get a few bonuses.

This is one of the most volatile qualification criteria. In the past, different divisions had different rules. In certain divisions, the top five qualified while other divisions only allowed the champion to move on to the next year’s competition.

We will attach an up-to-date qualification list and points table at the end of this article for all the 11 divisions (Men’s Open, 212, Classic Physique, Men’s Physique, Wheelchair, Ms. Olympia, Women’s Physique, Fitness, Figure, Bikini, and Wellness).

Interestingly, the 2021 Arnold Classic was held on September 25, but the Men’s Open division winner, Nick Walker, was handed a 2021 qualification, while the other three champions were awarded qualifications for 2022.

Does this land Nick Walker in a gray area? Not really. Walker has already qualified for the 2022 Olympia by placing in the Top 5 at Mr. Olympia 2021.

In this contest season, winners in every division in a pro show automatically qualify for the 2022 Olympia.

Also, if an already-qualified competitor wins a pro contest, the runner-up will not be handed the qualification for 2022 Olympia.

Case in point: Nathan De Asha won both the Arnold Classic UK and Yamamoto Cup, but his second 2022 qualification spot was not given to the runner-up, Roelly Winklaar. Great way to eliminate competition, eh?

5. Qualifying Through the Point System

This is where the fun begins. On second thoughts, not really. I would rather win a pro show or place in the top 5 at Mr. Olympia. But this is just for people with Superman genetics. For everyone else, the OQS point system comes to the rescue.

The OQS awards points to competitors placing second to fifth in any pro show in a given contest year. According to the system, at the end of the qualification period, the top 3 athletes with the highest point totals in every division (except wellness) qualify to compete at 2022 Olympia.

But in the world of Satoshi Nakamoto, things can never be so simple. The Olympia scoring system awards points depending on the tier of the show.

How the Point System Works

OLYMPIA (for all divisions except the 2021 Mr. Olympia)

Arnold Classic (USA), Rising Phoenix (does not include Arizona Pro)

In the case of a tie between multiple competitors, the athlete with the highest placing in the highest tier will make it through to the 2022 Olympia.

In the event that the current point leader wins a pro show before November 13, 2022, they are removed from the points system since they are automatically qualified for the 2022 Olympia. But at the same time, athletes are not moved up if a position becomes vacated. At this point, these rules start to feel like they are meant for the “Squid Game,” but I digress.

Note: Only the division winner at the Europa Pro Championships and only the winner at each Wellness contest qualify for the 2022 Olympia. The point qualification system does not apply in these cases.

Who does not like wild card entries? Special invites can make a contest more interesting by leveling up the competition. Make no mistake, the Olympia promoters do not go around handing out Olympia invites. Only the best of the best are invited to compete at the biggest bodybuilding stage.

The Olympia promoters did not issue a “special invite” in 2021, but seven-time 212 Olympia champ Flex Lewis was offered one for the 2020 Mr. Olympia (Men’s Open division). To his fans’ disappointment, Flex could not compete at the 2020 Olympia showdown due to an injury, but many in the industry are speculating his wild-card entry in the 2022 Olympia showdown.

Related: Flex Lewis Will Show ‘Something F—king Special’ Onstage In 2022

Some athletes were not able to participate in the 2021 Olympia because of visa issues and travel restrictions. The IFBB Pro League and Olympia promoters have given some leeway to these athletes.

Competitions who qualified for 2021 Olympia but could not compete due to COVID-19 restriction have been awarded five points towards the 2022 season.

The IFBB Pro League did not release a list of athletes who will benefit from these regulations.

Wondering who is qualified to compete at this year’s Mr. Olympia contest? Check out the full lineup and see which competitors have the chance to qualify based of points/wins earned this season.

It is always exciting to see who makes it to the Olympia stage at the end of the contest year. We will be closely following all the pro shows throughout the year and update you about the 2022 Olympia entrants as the news breaks.

So, make sure you are subscribed to fitnessvolt.com for all the latest bodybuilding and fitness stories, news, and updates.

The 15 Best Glute Isolation Exercises for a Stronger, Shapelier Butt