During his latest truck rant, Seth Feroce says steroid abuse exists in all professional sports: 'there's corruption at every fuc**ng level. It's a fuc**ng multi-billion-dollar industry' 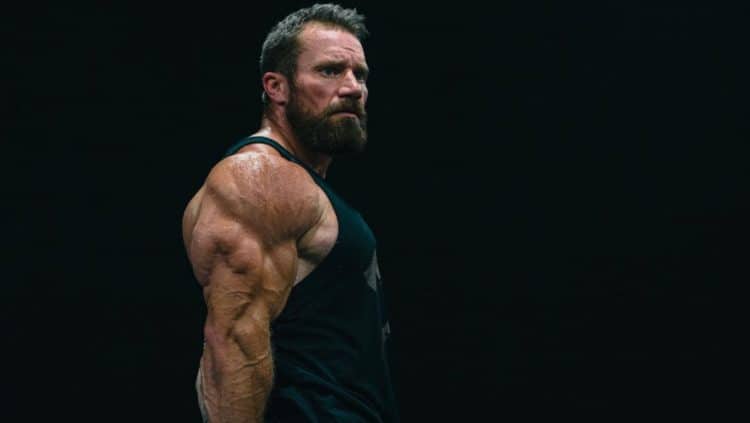 Retired IFBB Pro Seth Feroce has become extremely vocal about sensitive issues affecting the sport of bodybuilding. In a recent truck rant video, Feroce says athletes from all professional sports are abusing steroids and voiced that there’s ‘corruption at every fuc**ng level.’

Seth Feroce is by far one of the more outspoken voices present in bodybuilding. He led a successful career in the sport throughout the mid-2000s, battling against an array of top-level talent. While he hasn’t competed in over a decade, Feroce is committed to the sport and seeing it improve. Over the past few months, steroids have become a controversial matter, which has prompted the community to speak on the concerning issue.

In 2021, an alarming number of bodybuilding deaths shook the world. In addition to former Mr. Olympia Shawn Rhoden passing away, George Peterson also met his untimely fate face-down in a hotel room before he had the chance to compete at 2021 Mr. Olympia.

The horrific trend continued this year as 29-year-old Bostin Loyd was pronounced dead back in March. Another death that sent shockwaves through the bodybuilding community was Cedric McMillan, who left behind his wife and kids at 44 years of age. For athletes like Feroce, these deaths aren’t a coincidence, and he continues to warn up-and-comers of the dangers that lie ahead should they pursue a professional career in bodybuilding.

Feroce says ‘steroids will kill you’ and he’s not the only bodybuilder issuing grave warnings about the harm they cause. Kali Muscle also addressed the matter, as he recently stated, ‘if you’re a bodybuilder, you’re risking your life.’ According to Feroce, steroids are just as pervasive in other sports and he’s astonished that people think other professional athletes aren’t cutting corners to get any edge they can for games/competitions.

Seth Feroce on Steroids in All Sports: ‘Steroids Are in Fuc**ng Everything’

In a recent video published on YouTube, Feroce says he’s astonished that people don’t recognize that corruption exists at ‘every level’ in professional sports.

“What I am fuc**ng astonished by, is the fact that people can’t fuc**ing believe that professional athletes take steroids or there’s no fuc**ing corruption. Are you guys fuc**ing with me? You know there’s corruption at every fuc**ing level. It’s a fuc**ing multi-billion dollar industry.”

I’m just astonished by the thought process. I don’t know if it’s mainstream. How is this even a fuc**ing topic that people don’t understand that steroids are literally in anything. In EVERYTHING that has to do with physicality, to gain a fuc**ing edge. Feroce said. “Steroids are in fuc**ing everything and if you don’t think so, you are a fuc**ing moron. You know why? Because I used to sell a lot of them.” Seth Feroce said on Youtube.

Seth Feroce went on to say that he sold steroids to make ends meet during his career as an active IFBB Pro bodybuilder.

“That’s something other bodybuilders say, ‘I don’t want to sell steroids’. Bitch, I sold a shit load of them. How the fu** do you think I made ends meet as a competitor? You think I can just buy hundreds of pounds of meat? No. You either fuc**ing sold steroids, or you did gay for pay. I ain’t doing no gay for pay. Been offered many a times. But I rather fuc**ing sell a shit load of Tren and Anadrol and dick pills, like I did. That’s how the fuc**ing industry goes!”

The retired Pro explained that it’s easy to ‘get roped in’ to using steroids at a young age. He suggested over time that even the athletes who resist the compounds will eventually join ‘the dark side’ once they start seeing results.

“Then you’re like ‘fu** okay.’ Then, you kind of just get roped in, and you like it and then you think, ‘maybe I should try it.’ Then you think you’re going to get fuc**ing yoked from one fuc**ing cycle just like them, and that doesn’t really happen. You gain some weight, and you get big, but you realize you’re never going to be satisfied by it because you just get hooked in.”

After issuing several warnings, Feroce shared that nobody cares in professional sports whether someone uses steroids or not. He believes even when athletes die partly due to steroids, everyone in the community acts like they care, but really, they ‘don’t give a fu**.’

Feroce is convinced that multi-billion-dollar sporting leagues are fraught with corruption.

Back in April, Feroce revealed that he’s been cutting out gear entirely, though mentioned that he’s on a prescribed testosterone replacement therapy. While he has stepped away from the sport, Feroce always has unique opinions regarding bodybuilding.

RELATED: Bodybuilder Seth Feroce Reacts to Public Backlash After Killing a Black Bear: “I Am Proud of This!”

Feroce is confident that other athletes in varying professional sports abuse steroids to gain a competitive edge. After another truck rant, it’s evident Feroce wants to see a change in bodybuilding given his commitment to discussing these issues at length.