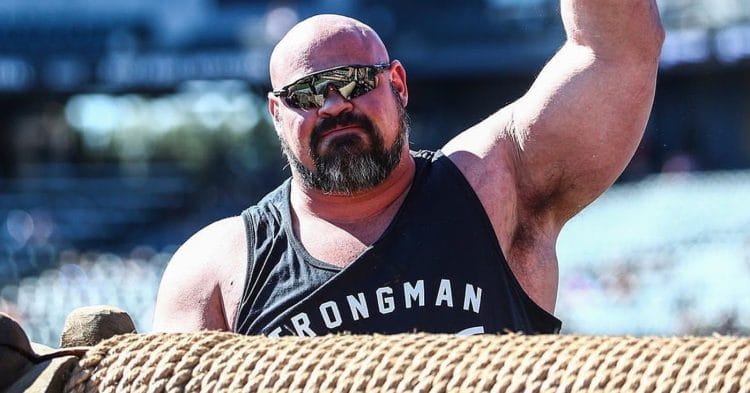 The newest major strongman competition, Shaw Classic, is announced by its founder and strongman legend Brian Shaw. Four-time World’s Strongest Man, Brian, has made this competition in the year 2020, mainly to try and make strongman a mainstream sport and help the athletes in the early Covid-19 times. Shaw Classic received great feedback due to its stacked lineup and Brian’s years of strongman experience. This year’s Shaw Classic was even better, and following that up, Brian announced that the Shaw Classic 2022 will be in a new venue. It is not clear what the venue is, but Brian set the expectations very high.

“It is going to be at a new venue. Hopefully, the new venue will be easier for people to get to, and will allow us to grow, get more people through the door.” said Shaw.

Brian also points out that the date of the show will be on Saturday and Sunday. Most recent Shaw Classic was on Friday and Saturday.

“The feedback was that people wanted the contest to happen on a Saturday and Sunday, so that is what we are doing”

The tickets for the show should be available as early as this December. There will be different tickets for different levels, including VIP. Brian proceeded to hint at a very strong lineup, which is no surprise judging by the past two shows.

The prize money will be the same as last year. Any money won by Brian Shaw will be evenly distributed to other competitors. For reference, last year’s budget was $100,000.

Brian Shaw is currently recovering from a hamstring injury, but he expects to compete in the WSM 2022 and Shaw Classic, while missing out on the Arnold Strongman Classic.

Trey Mitchell was the winner of the second edition of Shaw Classic. Brian Shaw came second, which saw 15 of the other competitors share his second place prize money, that is $15,000. In third place came a Canadian strongman, JF Caron, who scored a new world record in a Max Hummer Tire Deadlift.

The inaugural Shaw Classic was a great success, in which we saw Brian Shaw win the first edition of the show. Brian forfeited his prize money. In second place came JF Caron, whose efforts earned him a prize of $12,100. The third place finisher was Oleksii Novikov, in which he earned $9,100.

Taking into consideration how good the lineup, venue, and crowd could be, Shaw Classic 2022 might be the best one yet. Markdown August 13-14.2022 in your calendars and prepare for a spectacle.