Brian Shaw says he is still contemplating the future following a disappointing performance at the 2020 World's Strongest Man, giving consideration to retirement 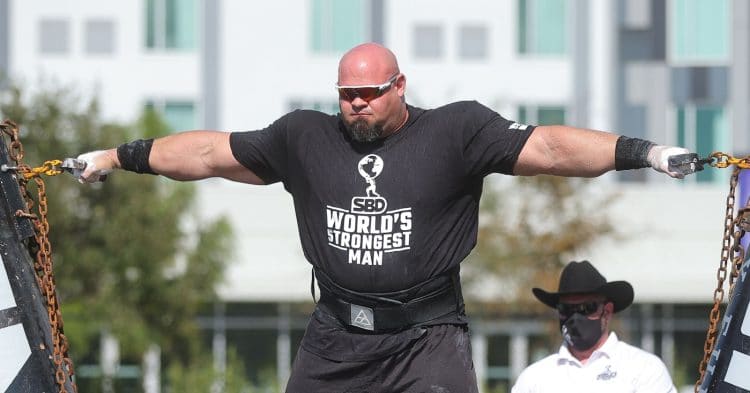 Following a bit of disappointing run at the 2020 World’s Strongest Man, fans were wondering if this would be the end for Brian Shaw. Following the contest, he addressed these concerns, and recapped his performance.

Many people considered Shaw the favorite heading into the 2020 WSM, and for pretty good reason. While he had not looked the best over the last few years, several of the athletes who had bested him in past were absent from the contest. So a lot people thought that he would do pretty well in the contest, and possibly earn his fifth title. In the end however, he would have a lackluster run in the finals, ultimately scoring fifth place.

This disappointing performance from Brian Shaw left many to question his future in the sport, and what is left for him to prove. Taking to his YouTube, he addressed some of these concerns, as well as looked back at the competition. Admittedly, he said things just did not click for him at any point during the contest, with no real specific reason to point to. As far as retirement is concerned, while he is not ruling that out, he is still weighing his options for the future.

“So many people are saying hey Brian you finished fifth, which is still top five, and they’re expecting me to walk away,” Shaw explained. “I’m not saying that I’m not doing that, but I’m also not saying at this point in time that I’m prepared to make a decision. The way I’m going to take things right now, is you learn from World’s Strongest Man, you process that, and you move forward. That’s the way that any champion in any sport, any great athlete, that’s the way you have to take it. I’m not going to dwell on that. I’m going to take the positives, and try to take the negatives and learn from that.”

From there, Brian explains that he is putting his focus into the inaugural Shaw Classic, which is coming up soon. Then he will be taking some time to enjoy the holidays with his family and readdress the situation afterwards. He also said that he is launching his own supplement brand, so he will surely be busy with that too.

If Brian Shaw does decide to retire, he will go down as one of the greatest strongman of all time. He has shown a level of consistency that does not seem to be forcing him to retire right now, but there is still the question about the future of the sport forcing him out of being the most elite. Regardless of what he chooses, he will still be an extremely beloved figure.